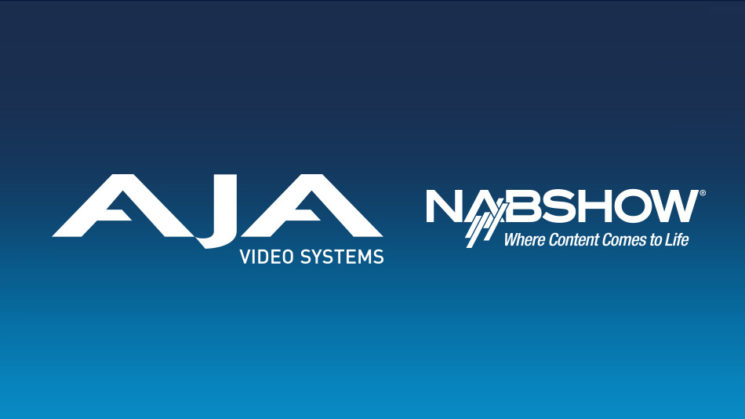 The first company to officially withdraw from next month’s NAB in Las Vegas is AJA Video Systems. In an announcement, AJA specifically cites the “risks from the Coronavirus” as the cause of their withdrawal from the show.

At the same time, both Microsoft and Google have announced that they’ve cancelled two of their conferences. Microsoft’s MVP Summit in Seattle and Google’s Cloud Next in San Francisco have also now been cancelled, coming days after the cancellation of the Game Developers Conference in San Francisco. CP+ and MWC were both also cancelled last month.

While many people might not have heard of AJA, they are one of the largest stands in the South Hall, alongside companies such as Blackmagic Design, Adobe, Western Digital and Glyph. NAB is still going ahead as of right now, but this loss will be a big blow to the show.

It is with a heavy heart that AJA is withdrawing from the NAB 2020 show in Las Vegas due to the risks from the Coronavirus. We have made this decision out of an abundance of caution for the health and safety of our employees and partners worldwide.

While we will miss gathering with our friends and colleagues from around the world, AJA remains fully committed to transitioning all of our planned NAB events (product announcements and demos, channel partner meeting and press conference) to web-based video conferences. We have exciting product news to share, and we look forward to bringing those products to market as planned.

AJA is a community-based company with a majority of our staff, product development and manufacturing located in Grass Valley, California and in light of the risks presented by Covid-19, having a physical presence at NAB posed too great of a risk.

Regardless of whether or not the risks from COVID-19 are as serious as some reports would lead us to believe, and even if it disappears tomorrow as quickly as it came, it’s going to have massive financial and trade impacts for probably at least the rest of the year.

Sony has already suggested that it could impact their sensor business and Canon has also temporarily shut down five factories due to supply chain issues. And while Fujifilm is seemingly about to profit from the situation in its pharmaceutical department, it may raise problems for the launch of the recently announced X-T4.

The cancellations from Google and Microsft are not much of a shock. Microsoft is based in Redmond, Washington, just a 20-minute drive from Seattle, where all six current COVID-19 related deaths have taken place. Google is based in Mountain View, California, and with GDC already cancelled, and Washington being just the next state over, they’re not taking any chances.

AJA Enters the Competition with its 4K UHD Cion

« Moment scraps Pro Camera app for Android due to lack of consistency in OS
Shutterstock: “Go and work somewhere else” to employees complaining about image censorship in China »