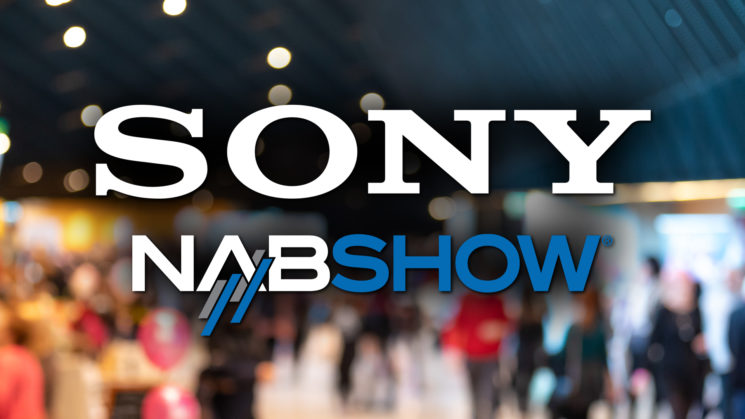 One of the biggest companies appearing at NAB in Las Vegas each year (well, each non-pandemic year when the event actually goes ahead) is Sony. This year, NAB has been rescheduled from its usual date in April to October 9-13th at the Las Vegas Convention Centre, replacing the usual NAB New York shot at the Javits Center.

Sony, however, has announced that due to the ongoing COVID-19 Delta variant, Sony has decided to pull the plug and will not be attending in person at next month’s NAB Show. They also won’t be appearing at the audiovisual trade show InfoComm 2021 in Orlando, Florida, either.

After yesterday’s announcement of PhotoPlus 2021 in New York being cancelled, and exhibitors pulling out of The Photography Show, expected to begin in the UK in just nine days, it’s not much of a surprise that more companies are pulling out of other shows that are going ahead around the world, too. Sony also pulled out of last month’s WPPI in Las Vegas.

According to a statement from Sony Electronics, Sony has decided to pull out of both NAB and InfoComm as a result of the COVID-19 Delta variant and are planning to do virtual presentations to update customers on new products instead. The statement is pretty much a verbatim copy of the announcement made for WPPI in August, but with the names of the show adjusted.

Sony Electronics has been closely monitoring the evolving situation of the COVID-19 Delta variant. With October on the horizon, we’ve considered the unprecedented circumstances and made the difficult decision that we will not be participating in person at next month’s NAB Show or InfoComm. While these events are an important forum to reach our customers and introduce new products, this is a choice we made to ensure we’re putting our employees’ and our partners’ health and well-being first. As the world continues to grapple with the pandemic and businesses adopt digital alternatives and online opportunities to prevent the spread of the virus, Sony Electronics will continue to communicate and engage with our customers and partners in interactive, accessible ways that allow us to safely deliver exciting product news and updates to a wide online audience. We’ll continue to monitor the situation and look forward to participating at industry events in-person at some point in the future.

Sony will continue to monitor the situation to determine when they believe it’s safe to start reattending trade shows again and they appear to not be the only company doing so. The next major show for Sony now is potentially CES 2022 in Las Vegas in January. This show hasn’t yet been cancelled (yet) and is requiring that all attendees be vaccinated.