David Johnson’s photo series of long exposure fireworks with a focus pull technique have gone viral around the web. Many people have been asking about the exact technique and settings, so I thought I’d construct a quick tutorial of how to produce photos like these. This is a How I Took It Contest entry. 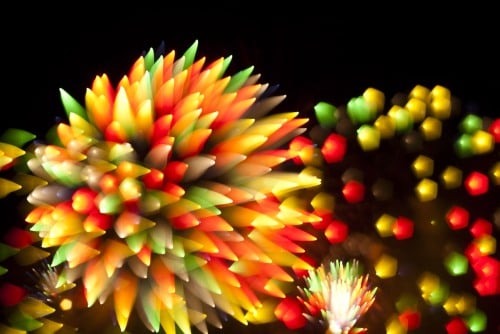 Know your lens, and know the limit. Know EXACTLY when the focus will be tack-sharp on fireworks (just a smidgen before infinity)

Tripod must be sturdy, and using a shutter release in BULB mode is ideal (these shots were using the on-camera shutter button)

1. Prepare: when you hear/see a firework shooting into the air, try as hard as you can to predict where it will explode.

2. Begin the exposure shortly before you predict the explosion. Start OUT OF FOCUS

3. When the fireworks explode, quickly refocus your lens throughout the explosion until you reach the tack-sharp focal point, where the fireworks will be in focus.

4. Once the perfect focus is achieved, END THE EXPOSURE by releasing the shutter button (bulb mode)

You will quickly see how the out-of-focus light refocuses and converges to a small point… creating floating sea creatures in the sky!

By varying the aperture (f-stop) size, the width of the tentacles changes.
If you use a 7.1 aperture, the out of focus light will be thin and sharper, and as it converges the tentacles will be long and thin. If you use an aperture like 2.8, the tentacles are thick and very large, creating and entirely different feel to the image.

Using the neutral density filter is crucial as trying to capture something as bright as fireworks with a bright f-stop (like 2.8) results in overexposure where the true colour content of the fireworks gets dissolved into white.

Here are some examples & settings used for the images. 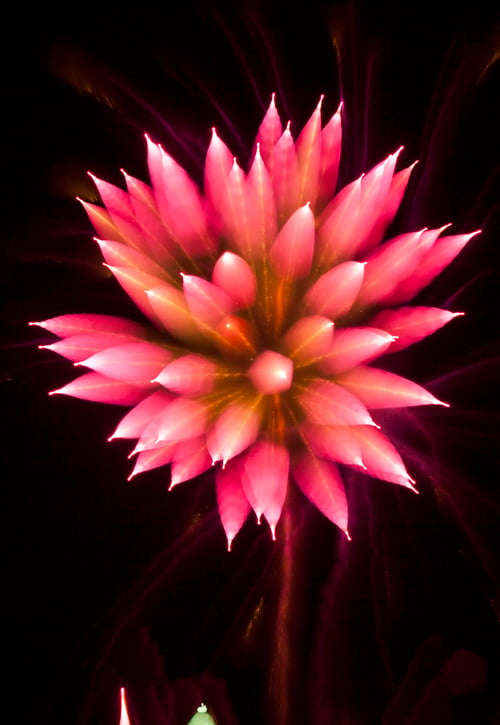 For this exposure of a flower-like firework, I began the exposure early as to capture the ‘stem’ of the flower (the partially illuminated spark of a pre-detonated firework). When the firework exploded, I refocused to a fine point and ended the exposure. 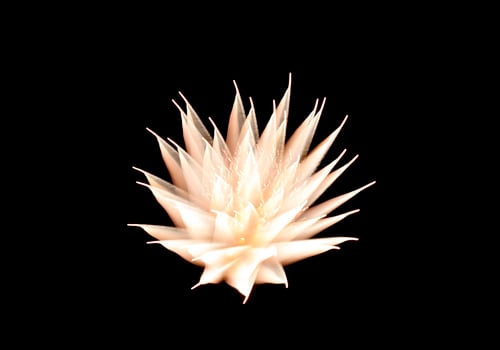 This exposure was much like the previous, with the exception that I began the exposure immediately before the explosion… no ‘stem’ for the flower in this shot. The thinner petals on the flower are the result of the smaller aperture (f/8) 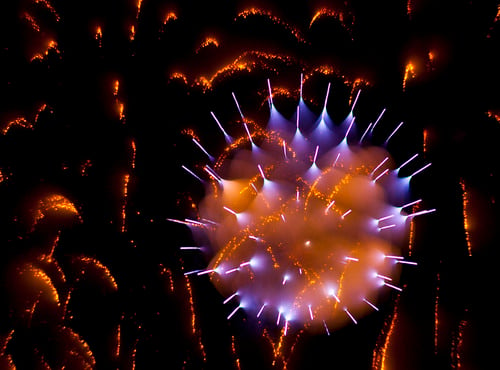 This is a prime example of what an aperture of 2.8 will give you. You can barely see any tentacles on this ‘microscopic virus’, because the refocusing technique was used quickly and precise. The sparkles were a convenient addition from the previous explosion. This is why timing is so crucial.

The opposite effect can be achieved by beginning the exposure and the lens IN FOCUS and refocusing to OUT OF FOCUS to become blurry. This effect is present in the next few examples: 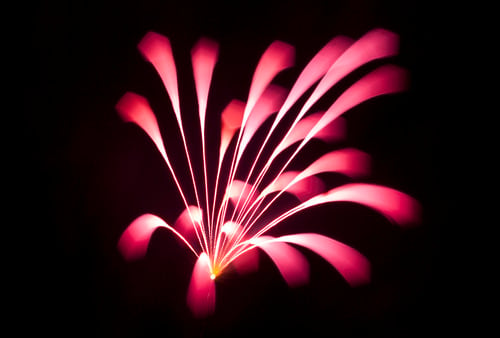 This exposure began in focus, and refocused out during the exposure. The tight aperture allowed for a crisp and detailed entrance into the explosion, with blurry tails coming afterwards. The 4s exposure was solely due to a quick unexpected break in the fireworks… so I patiently waited until the next explosion before ending the exposure. 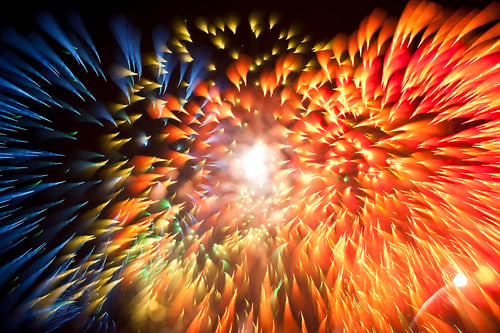 Here is a very dramatic outcome to using the opposite technique. This photo came from the finale of the show, where several fireworks exploded at the same time… allowing me to have the same effect on each one. I began in focus, and refocused quickly to create this scary colourful space monster. This is one of my favourites.

For these photos, LIMITED EDITING WAS REQUIRED. To get the most out of the photo, it helps to have an entirely black background… so because of this, here was my process to retouch the photos:

I hope to see more of this technique used in the future…. I’m definitely not the first person to use it, but I’ve found with precise timing and effective use of the focus-pull you can create something as exciting as this.

How to photograph fireworks with just your iPhone

How to photograph under moonlight and calculate long exposure times