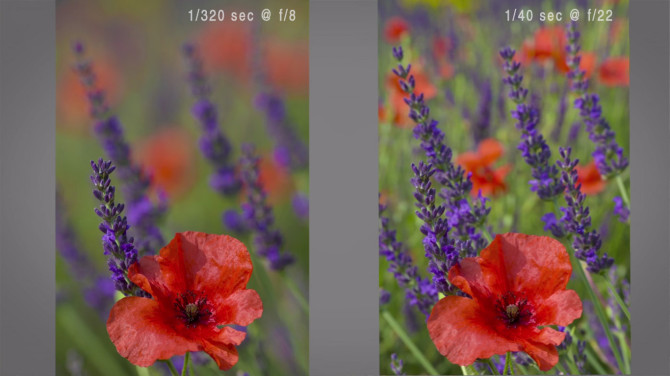 Which exposure do think is correct?

One of the most commonly asked questions by new photographers is what exposure settings they should be using to get correct exposures. Unfortunately, this is also one of the most difficult questions to answer because of the seemingly endless amount of variables involved in calculating such settings. There are always situational elements such as available light, motion, and other things that we can use to help us determine correct camera settings, but outside of those tangible variables, a photographer must also take creativity into consideration. How do you want the photo look?

In this quick primer on exposure settings, Bryan Peterson discusses the notion that just because a photograph is exposed correctly on a technical level doesn’t necessarily mean the exposure settings were the right ones.

In Peterson’s example, he took the same photograph twice, using a different aperture and shutter speed. In the photo at the top of this page you can see the two images. The first was shot at 1/320 second at f/8 whereas the second was shot at 1/40 second at f/22. Both of the exposure setting combinations produced technically sound exposures. Neither were too bright nor too dark, but one of them is still a better photograph. To Peterson, the uncluttered background and narrow field of view of the first shot is the most creatively correct exposure. When he was shooting at f/22, too much of the background was left in focus which, in his opinion, took away from the image.

So, next time you’re out shooting, try experimenting with a couple exposure combinations as Peterson has done here and compare your results with a critical eye. Before long you’ll know which setting will give you the best creative choice as well as the more technical choice–knowing how to combine both will become second nature.

Watch: Video explains the difference between your camera’s native and extended ISO range