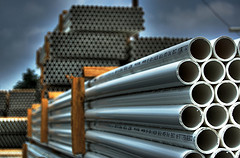 This is the first article of the Back to Basics series which tells allabout the basics of photography, and it deals with Exposure. Do you know that click sound that cameras make? It originates from a “flip” of a mirror that allow light to fall on the camera’s sensor (or for the old skool photographer – to fall on the film).

The effect of light falling on a sensor is called Exposure. That is because the sensor is exposed to light. (OK, great, so exposure happens when something is exposed. Big deal! no wait there’s more…) When the sensor is exposed, it gathers the light and depending on how much light is gathered it creates an image.

Exposure is relative and is comparable by something called stops. (or F stops). The main trick for understanding exposure is that “opening” or “closing” a stop, doubles or halfs the amount of light that falls on the sensor. Lets have a closer look.

There are three main controls that you can use when deciding on the exposure setting: shutter speed, aperture and sensitivity (or ISO) Each will affect a different aspect of your final picture. The three elements are tied together in a rule called The Reciprocity Rule. Big name. All it means is that to keep an exposure unchanged – if you bump up one of the three elements, you need to move one of the other two down. For example – if you move from low ISO to high ISO, you will need to close the aperture or increase the shutter speed to have the same exposure.

The nice thing about exposure is that it moves in doubles of two for any of the three controls. so If you move the ISO from 100 to 200, you need to cut the shutter speed from 1 second to half a second to retain the exposure.

You can look on exposure as a big pipe. Imagine light a pipe hitting the sensor filling a pool. The size or diameter of the pipe is the aperture – the bigger the hole – the more water can come in. Shutter speed can be imagined as the time you keep the water running. If you cut the time by half, the pool will be only half as filled. Lastly, ISO or sensitivity can be compared to the pressure (or speed) of water going through the pipe. more ISO pressure means more light water.

OK, now for some math – if you want to keep the amount of water going into the pool, you need to keep the “sum” of all three factors the same.

Lets take a closer look on each of the three exposure controls:

Aperture (pipe size): Aperture controls the amount of light hitting the sensor in a given amount of time. It also affects the depth of field, and overall sharpness of the picture.

Shutter speed (time faucet is open): Shutter speed controls the time that the light will be accumulated on the sensor. It also affects other aspects of the image like smear and for long focal lengths also sharpness.

ISO (water pressure): ISO will affect on how receptive the sensor will be to light. ISO will also control the granularity and noise of the picture.

Back to Basics – ISO and exposure wrap up

Back To Basics – Exposure Demostrated