Photographer Colin Mika was hired to shoot a sequence of time lapses for McCarthy Tétrault LLP. Instead of going the usual route of shooting different locations, he used a snow globe to encapsulate the timelapse while using the narrow depth of field to “play” shaped bokeh around the snow globe. 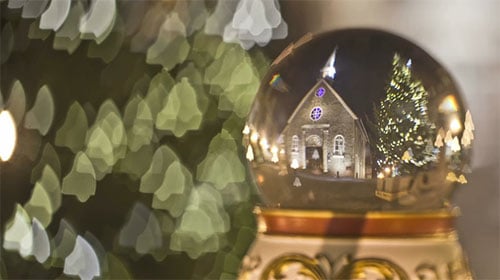 In this post, Colin is breaking down the process of making the movie. (Which you can see right after the jump) 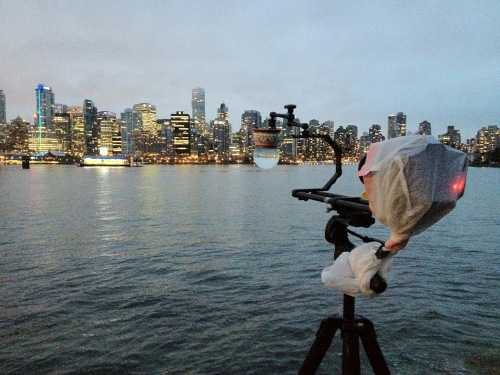 The rig is made up of 15mm rods and support brackets. It holds the camera at one end, and using a magic arm, the snow globe at the other. 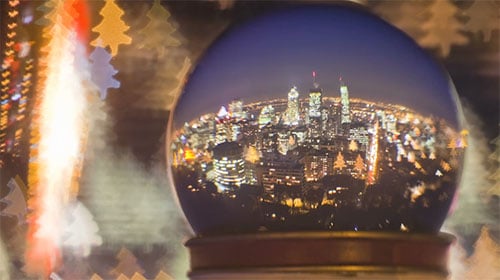 Due to the snow globe acting like a lens, the image is inverted inside and so the only way to get an upright world inside the snow globe, the globe must be flipped and shot upside down. This makes the background bokeh inverted from the motion in the globe, but it also adds an interesting effect. As an example, the freeway shot with traffic shows the bokeh snow flakes rising up and out of the globe, while the traffic in the globe is traveling towards the bottom of frame. 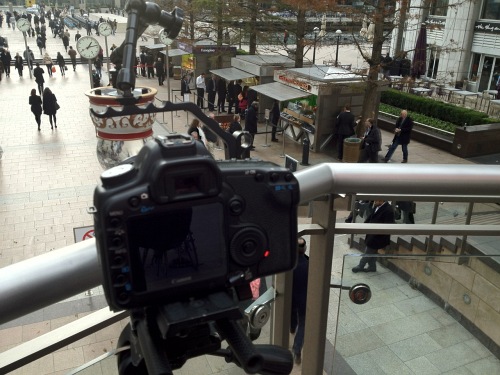 To obtain focus I used a Canon Macro 50mm 2.5. This allowed me to bring the globe as close to the camera as I desired. The bokeh shapes act like an aperture and when they are used in the shot, they increase depth of field and allow more to be in focus inside the globe. For shots without bokeh shapes I stopped the lens down enough to get the depth I needed, usually closed down to f5.6 or more. I disengage the lens from the camera while holding the depth of field preview button to lock the aperture and reduce any flickering that is a result of slight variations in the aperture closing during timelapse sequences. My 5D mark II has Magic Lantern firmware installed which gives me a internal intervalometer. 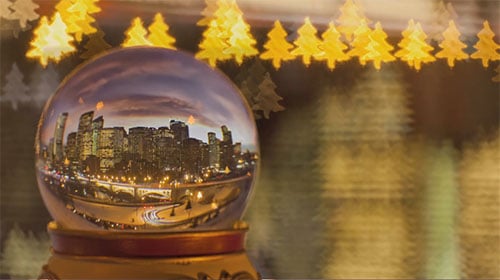 The bokeh shapes were hand cut with a stencil cutter and cut to size to fit in front of the glass of the Canon 50mm lens. This can be rather tedious as the shapes must be just the right size. 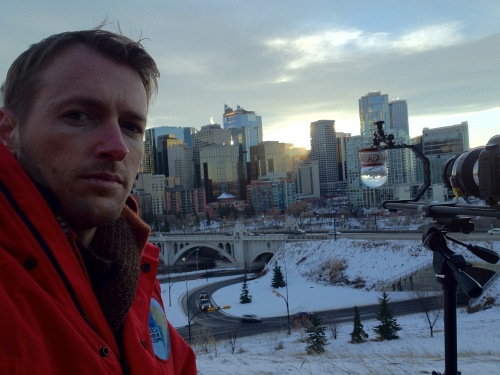 The cities chosen were based on the office locations of McCarthy Tétrault. I had two days in each city to find iconic and breathtaking views to capture. Most of the time I could use google earth to scout ahead, but other spots came from locals’ recommendations and sometimes even looking at postcards and then tracking down the locations where they were shot. 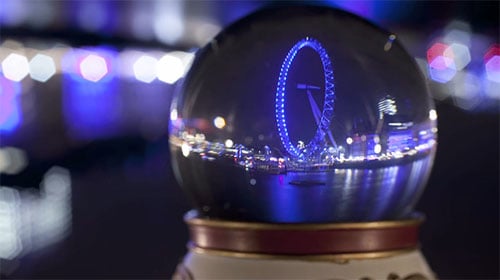 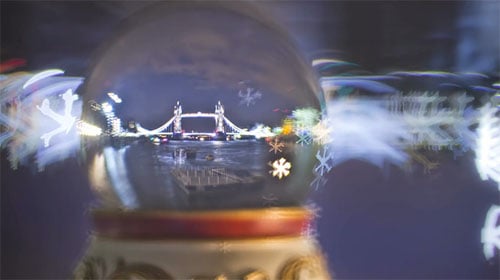 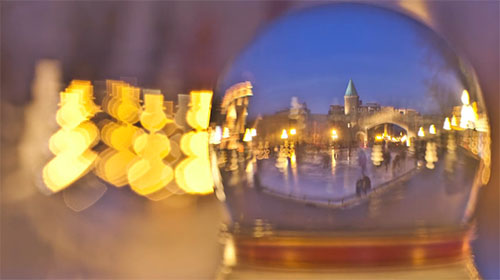 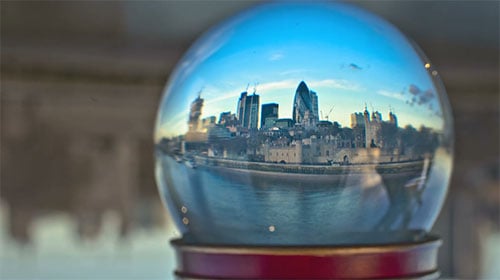 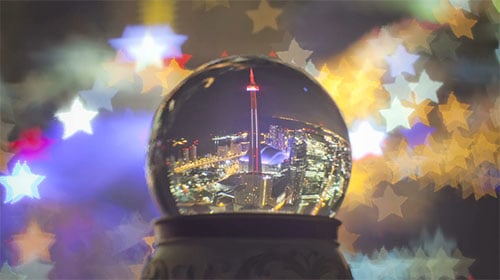 Thoughts For The Future

If I do another video like this I will have to try to add “snow” inside the globe. I experimented with different liquids and oils to slow down the snow so that it would fall slowly for a timelapse, but I still have to figure out how to get around gravity, as the globe is upside down :-) Magnets perhaps? Ill save that for the next version!

P.S. way back we featured the grandfather of this project, An L.A. time lapse encapsulated in a snow globe.