Two days ago Canon started a 48 hour countdown under the domain seeimpossible.usa.canon.com, hinting on a something new and big technology (and as much as I hate to say game changer, there have been talks about that as well).

Canon signed the message with “AT CANON, WE SEE IMPOSSIBLE”.  Previous similar announcements have been quite a disappointment with Canon starting a contest or releasing a camera bag. We were hoping to see something big this time as Canon also invested in a full page ad in the New York Times.

This is what the ad looked like along with a timer counting down to zero. Sadly, the clock did not recognize timezones and hit 0 before Canon’s planned kickoff. 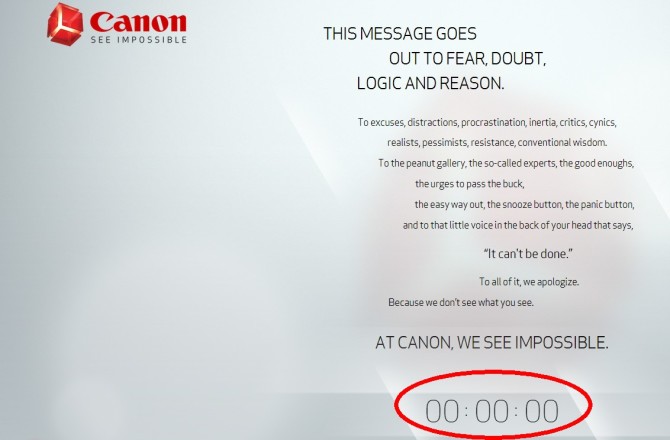 But this #timezonefail did not stop Canon from disappointing everyone who were waiting for a new 11-24mm  f/4L  announcement, joining the micro 4/3 world or battling for a new market segment such as 3d printing. Nope. Just a self promotion site showing how canon can really help your business, print your stuff and shoot movies.

They are saying that they are shifting focus from products to consumers, but those two days of setup with very little payoff sounds just the opposite. 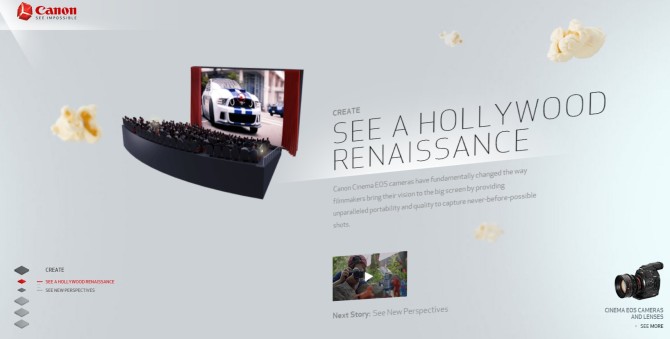 Canon, This is not only a #timezonefail, but a marketing #facepalm fail for all of us everyone who was waiting.

If you wanted more, there are those videos on youtube: