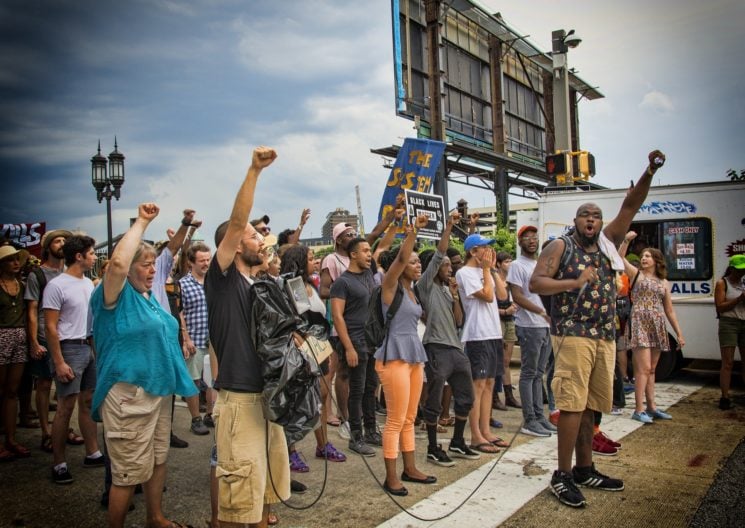 Photographer Alex Stemplewski has got under fire before, when he interrupted a photo shoot so he could take photos. But his latest project sparked quite an outrage among photographers: he was accused of exploiting Black Lives Matter movement for self-promotion.

With 8.4 million followers on TikTok, Stemplewski is quite a star on this platform (yes, “TikTok star” is a thing and I am old). His bio reads “I make strangers famous” and from what I know, he approaches strangers and takes their portraits. This time, he walked up to two young girls and asked them to help him “spread awareness for #blacklivesmatter.”

“I found two friends, one was white one was black,” he explains at the beginning of the video. He took a few portraits of them trying to share the important message that we’ve been seeing all over social media today. While his video and photos of the two girls got tons of heart emojis on Instagram, people of Twitter weren’t exactly thrilled about the whole thing.

Twitter user @ItsThreeSixty shared Stemplewski ‘s video and wrote: “I can’t make this sh*t up.. this guy has 8 million followers. Wtf is this?? Our photography community gotta do better bro.” He wrote a thread calling Stemplewski ‘s video “humiliating to say the least.”

“This man is legitimately trying to capitalize off of what we are going through,” he writes. “We are losing lives and fighting, while he’s going out to underage girls taking cringe photos for likes and followers. This ain’t it bro.”

I can’t make this shit up.. this guy has 8 million followers. Wtf is this?? Our photography community gotta do better bro pic.twitter.com/Oo9wmAxUbD

Other users joined with their comments about the matter. Honestly, I haven’t seen a positive one among hundreds of them. Pretty much everyone has the same opinion, accusing Stemplewski of “using other’s pain for content” and exploiting the movement to get likes. One of the users noticed that he gave a shout out to his sponsor, which I also think is quite a bad taste in this situation.

This man even shouted out his sponsor lol wowwww pic.twitter.com/IE5nSTcA6J

I honestly find it incredible just how different comments on Instagram and on Twitter are about the same thing. While his Instagram followers seem thrilled about the whole idea, folks on Twitter seem utterly disgusted by it.

Now, I wouldn’t go too deeply into my own opinion about this photo shoot. All I can say is that we all need to get involved support this cause. But in Stemplewski’s case, my impression is that some things may have been done differently. What do you think?