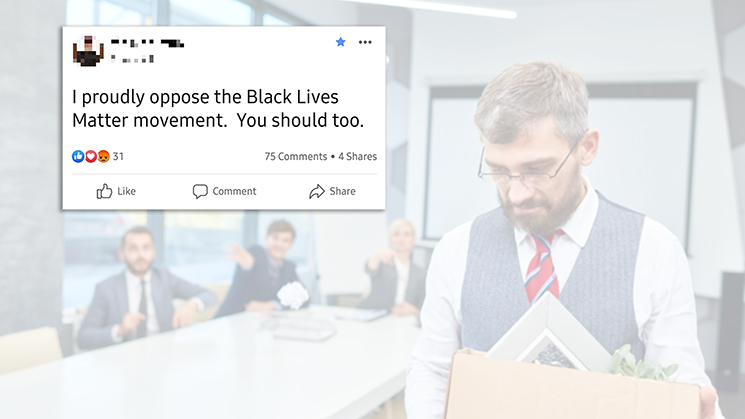 An employee at B&H Photo’s Human Resources department recently shared posts on social media that openly opposed the Black Lives Matter movement. A day later, he was “removed from his position,” according to B&H.

PetaPixel received screenshots of posts from two B&H employees, both being openly against the growing movement. The first employee writes “I proudly oppose the Black Lives Matter movement. You should too.”

The second employee’s posts are way more aggressive. One of the posts he shared reads:

“I cannot support the organization called “Black Lives Matter” until it clearly states that all lives matter equally regardless of race, ethnicity, religion or creed, then denounces any acts of violence that is happening in their name.

In the meantime, I fully support the wonderful organization called “America” where EVERY life matters.

The second one is even longer and uses a way more aggressive language. The B&H employee implies that those BLM supporters are “a virtueless, narcissistic, and entitled lot that is chained, shackled and enslaved only by their own victimhood, hatred, loathing and resentments.” The post even implies that Black Americans “butcher” their children “physically or mentally.” What the hell?

According to PetaPixel, the first post was shared on “Public” settings, and the person who shared it was employed in the HR department of B&H. Shortly after their attention was drawn to it, B&H “removed” him from his position.

“We immediately took action once we became aware of this social media post. The employee has been removed from his position in human resources. At B&H we stand for a diverse and inclusive world, free from hate, where respect and kindness prevail.”

Note that “removed” doesn’t mean that the employee was fired. B&H points out that he was just removed from the position at human resources. They say that he “has not been assigned to a new position as the company evaluates its options.”

As for the second employee, who seems to be even, more aggressive in his opinions, B&H still hasn’t commented on his fate within the company. But as PetaPixel notes, it seems that B&H discovered his post later. We will try to get in touch with B&H and update the article if we hear back.

And if I may just add something. Of course that all lives matter, but as I heard somewhere on the internet: “Don’t be jealous because you don’t have a movement, be grateful that you don’t need one.”