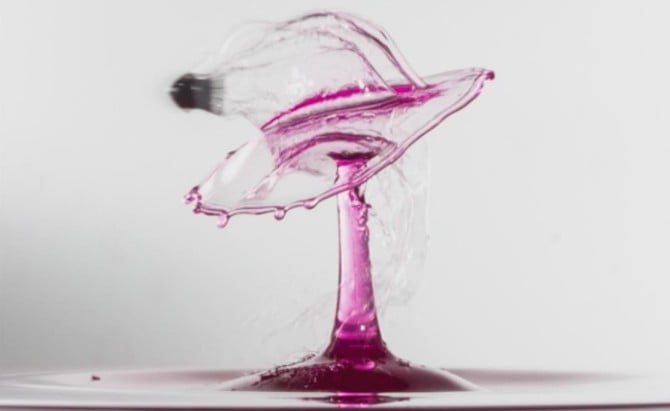 Maurice Ribble of CameraAxe did an entire walkthrough on how to make such magic happen in the video below. It is not a fast pace polish video, but rather a very meticulous detailed explanation and fine details on how the entire contraption works and how to make one yourself.

Maurice used a pressurized tube (or a makeshift barrel) to shoot the pellet. There are two aspect to timing the bullet: The pressure in the tube and the distance the bullet moves in the tube. The more pressure you apply, the faster the pellet travels and the harder it is to freeze. This diagram summarizes the distances and timing of the shoot.

But it was not all in the physics, Maurice used a bit of chemistry as well to get the “right water”: Maurice added some Zanthan Gum into the reservoir, making the water thicker, and Jet Dry to the droplets container making the droplets bounce higher. And of course both containers get some food coloring.

Weirdly enough Maurice used his tummy to stop the pellets, and if you recreate this shoot, I strongly advise against it. Unless you have a death wish or something.

Here are some photos from the shoot 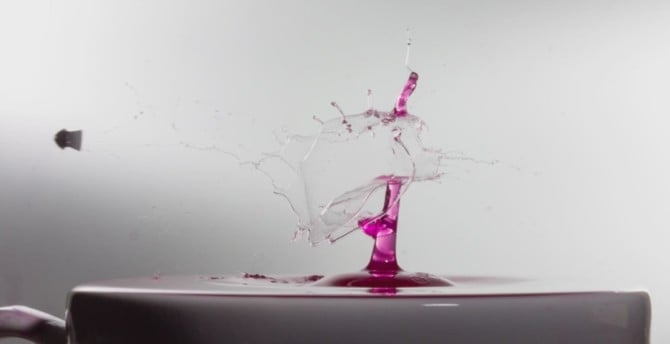 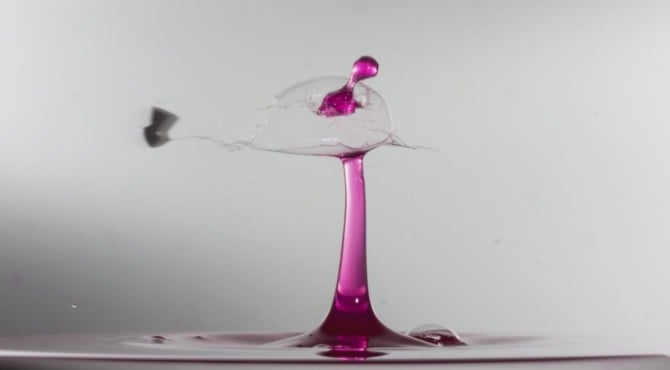 « 8 Reasons To Do A DIY Photography Project
Canon Unveils… Self Promotion Site, Disappointing Millions Around The Globe »