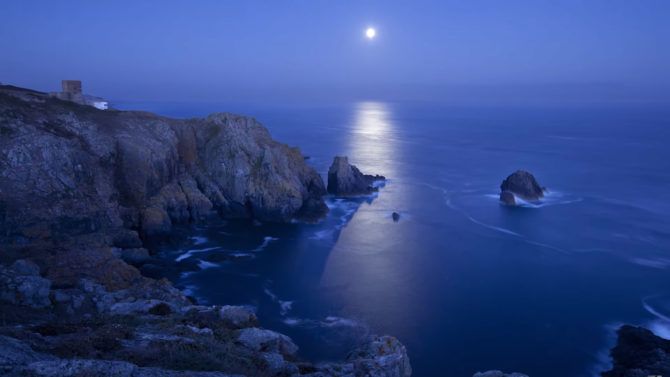 Photographing landscapes under moonlight can be tricky, there’s no doubt about it.  You’re fumbling around in the dark trying to get everything ready to take the shot, and your exposures can often be so long that you might only get one or two chances to actually capture the scene you want.

In this video, Karl Taylor shows us how we can meter a moonlit night scene to figure out a good exposure quickly and then how to turn that into the exposure we really want.

Using super high ISOs to judge exposure at night is a very useful technique.  It’s certainly not going to give you the final shots you’re after, but it allows you to figure out some base camera settings very quickly that let you see the brightness levels of your scene.

In this instance, a base exposure of 1 second at f/2.8 with the ISO6400 gives a shot that exposes the scene.  It may not be the prettiest picture, but it quickly lets you see the brightness and contrast in your scene, and gives you a solid starting point. 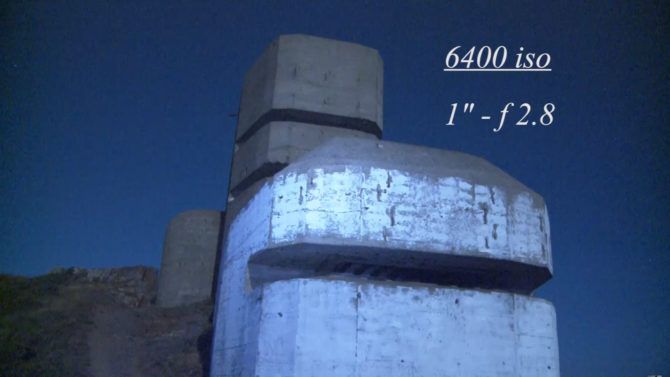 From there, it’s simply a case of calculating how many stops you have to give or take on your ISO, Aperture and Shutter speed to give you the look you want with a consistent level of exposure.

f/2.8 isn’t going to offer enough depth of field, and most lenses are much sharper when stopped down, so the first job is to stop down the aperture and calculate the new shutter speed required to keep the same exposure. 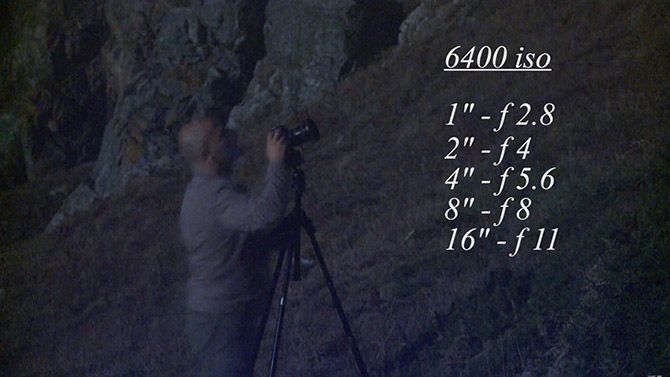 Each time we lose a stop by closing down the aperture, we gain a stop by doubling the speed of the shutter.  Dropping the aperture from f/2.8 to f/11 causes our shutter speed to go from 1 second to 16 seconds.

Every photographer want to eliminate noise as much as possible, so again stops are lost by lowering the ISO and brought back by increase the shutter speed again to keep the same consistent level of exposure. 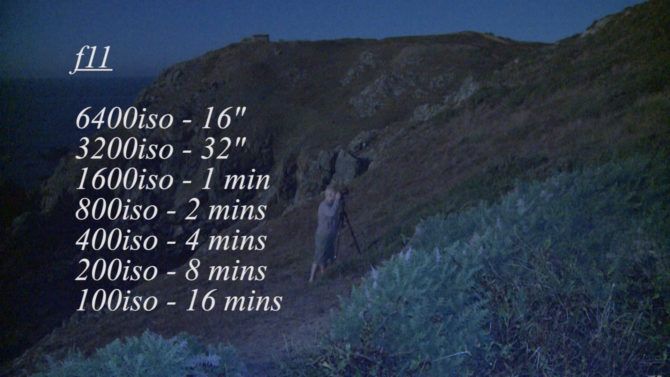 Wanting an exposure time of around half an hour, Karl chose to stop down the aperture a further stop to f/16 for the final shot.

It’s a very different picture from that first test shot, but losing 5 stops from the aperture, and a further 6 stops from the ISO, then gaining all 11 stops back by lengthening the duration of the shutter allows you to keep the sharp crisp low noise detail and capture the star trails. 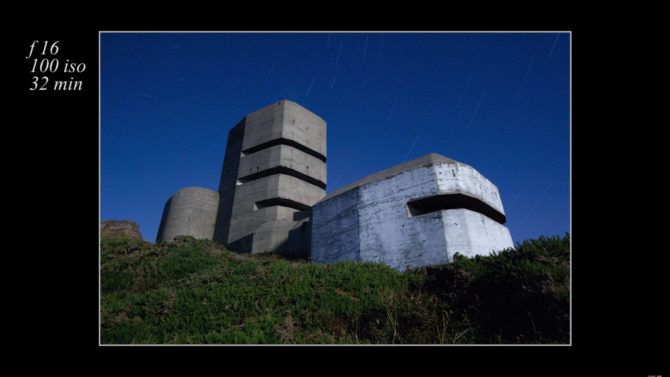 If you still haven’t memorised all the ISOs and apertures, there’s an easy way to figure it out.  Most DSLRs will allow you to adjust your ISO, aperture and shutter speed in 1/3rd or 1/2 stop increments.

Once you understand which dials and button press shortcuts change which exposure settings on your camera, changing one and compensating with another becomes a breeze.

Apps are also available for phones that allow you to calculate this on the fly.  I have one called EVCalc on my old iPhone (and this app is one of the reasons I haven’t gotten rid of it yet) that allows me to quickly plug in some settings, flick the aperture dial around and it’ll tell me what shutter speed I should be using based off the original settings.

That particular app no longer seems to exist on the App Store, so I can’t install it on my new phone, and I haven’t found a suitable replacement yet.  If you can suggest one for iOS or Android, you know where the comments are.

What other tips do you have for night time photography?  Let us know and show us some of your night shots in the comments.

How to photograph landscapes at night by moonlight

Four ways to recreate moonlight in your photos and video