Have you ever been to Vegas? I’ve never visited the US, so the first thought of Vegas photos are those flashy, colorful images of its many lights and neon signs.

Photographer Jason D. Page managed to capture Vegas as I’ve never seen it before and as I’ve never imagined it. In his photo series Spinning Time in Las Vegas, Jason photographed Sin City in a way that will make your head spin!

Spinning Time in Las Vegas was shot using the camera rotation technique Jason previously shared with us in Pyramids in the Sky. Since Jason gladly shares his knowledge, he also has a video explaining the technique in more detail so you can give it a go yourself.

Spinning Time in Las Vegas is a part of a larger, ongoing series Jason plans to expand further. Even though they look like some trippy illustrations or AI-generated images, these are all light paintings created in real time in one single photographic frame. To create the photos, Jason rotates his camera using a CRT (Camera Rotation Tool). Basically, he sets the camera to get slightly underexposed images, starts a long exposure and rotates the camera, removing the lens cap at different degrees of rotation. 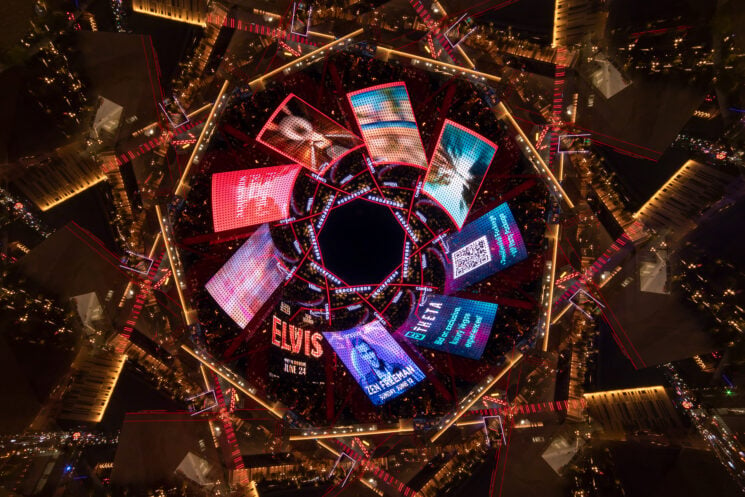 Each time the lens cap is removed, the light and a new moment in time is recorded onto the sensor during one long exposure. This creates countless creative possibilities, turning every frame into something unique. “Spinning Time takes the city lights and time and turns them into magical geometric patterns of light,” Jason tells DIYP. “In some of these images you can see people passing through time, the movement of cars traveling through time and/or the neon advertisements changing on the Las Vegas billboards.” 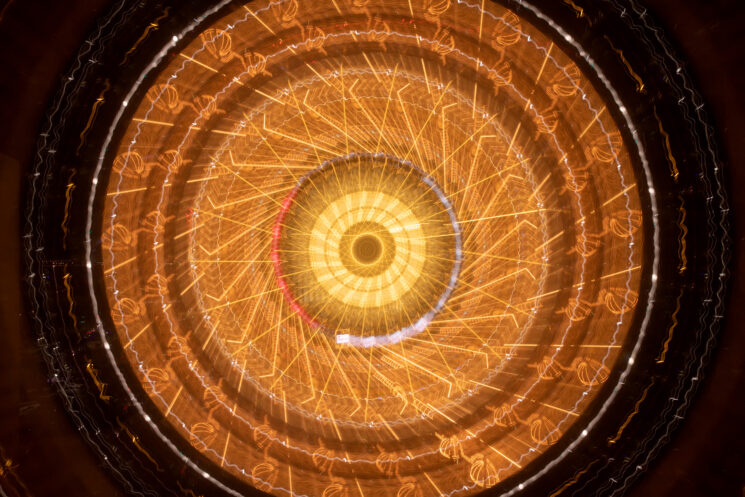 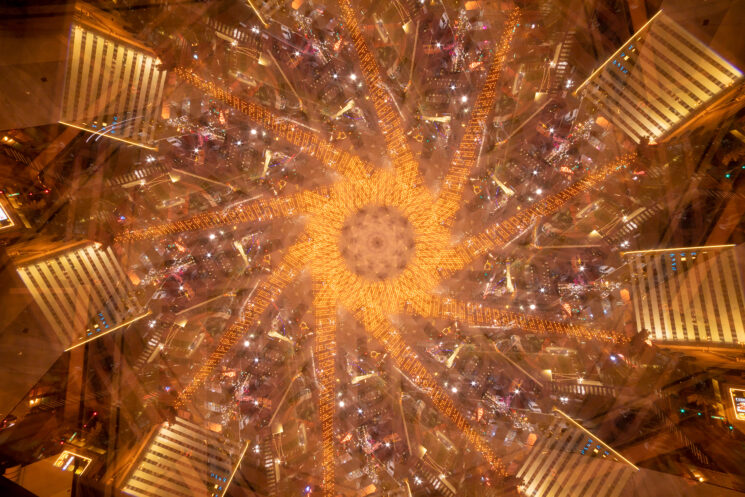 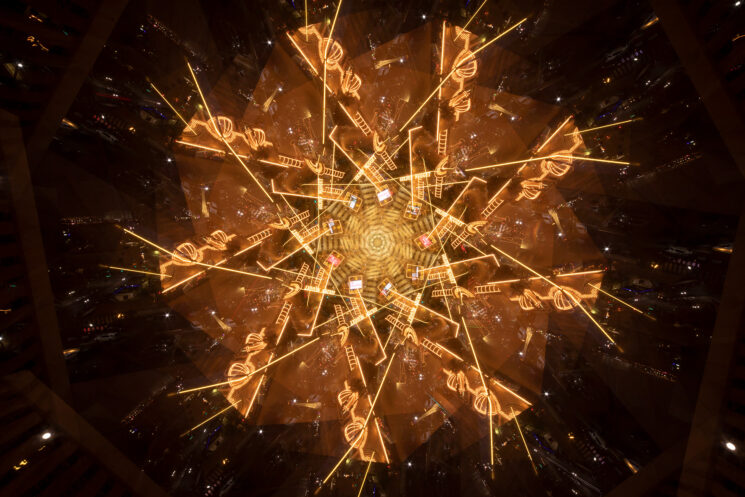 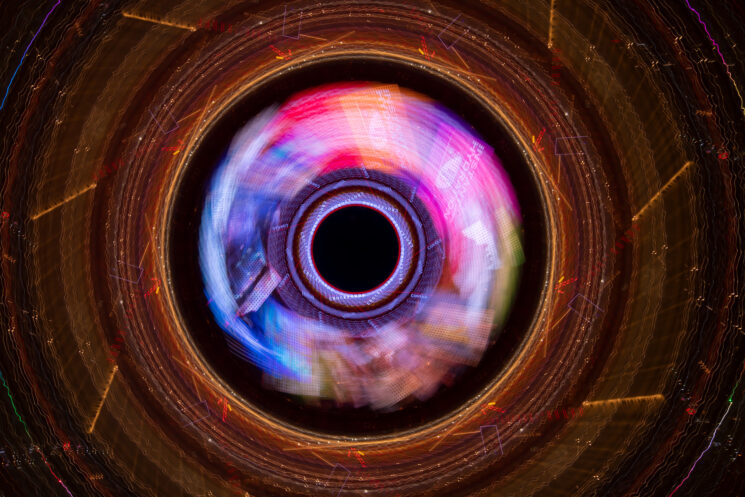 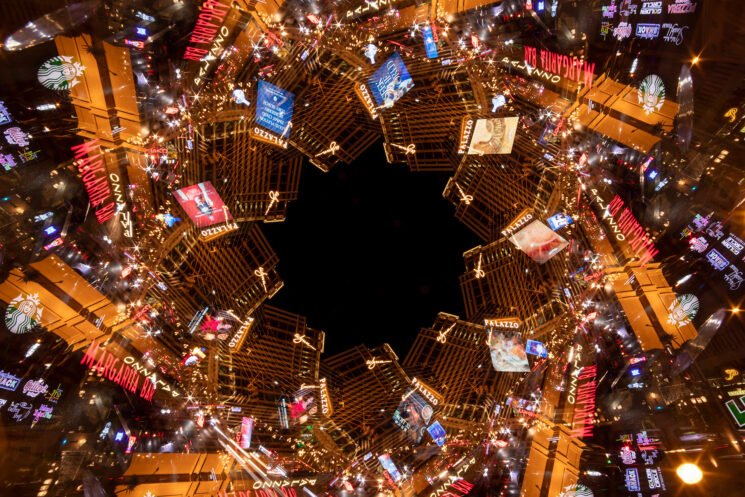 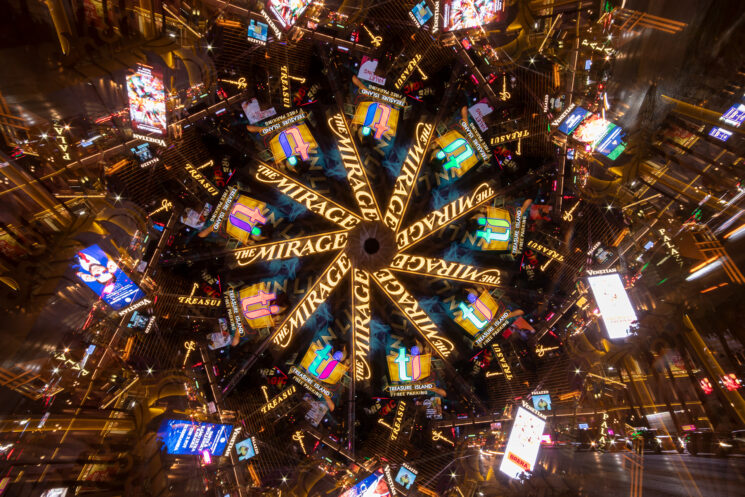 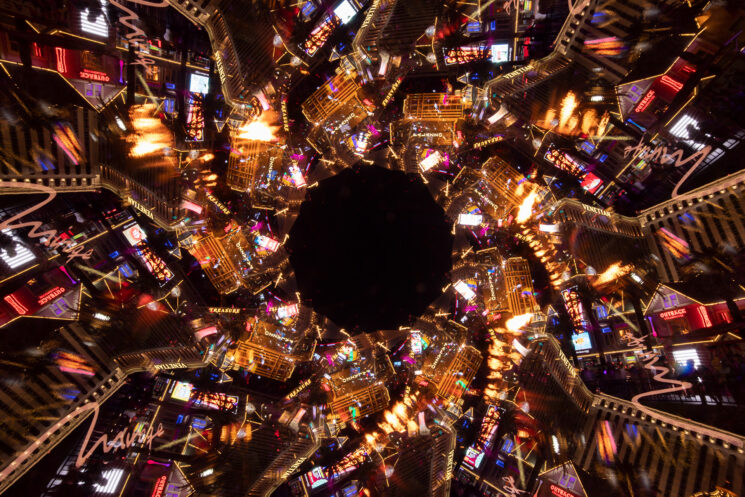 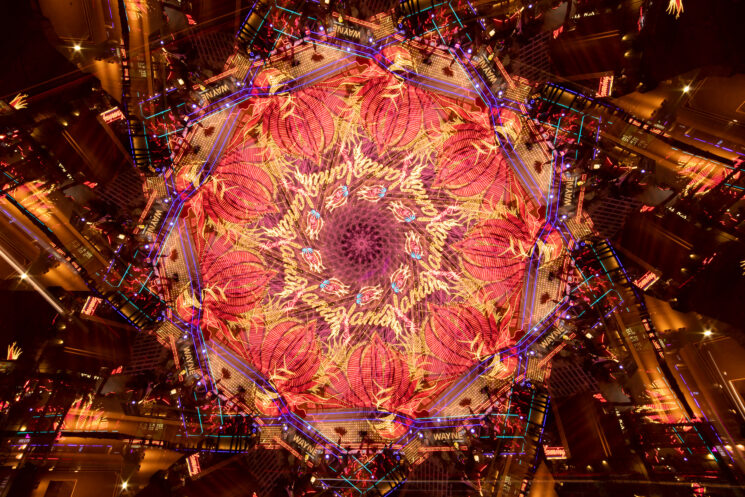 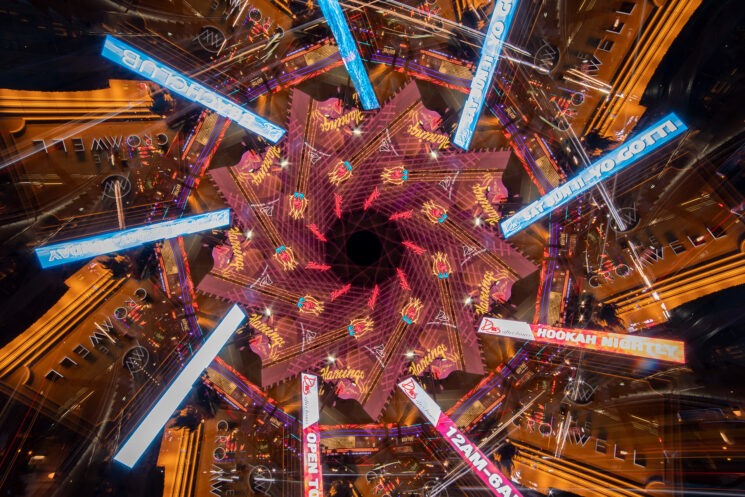 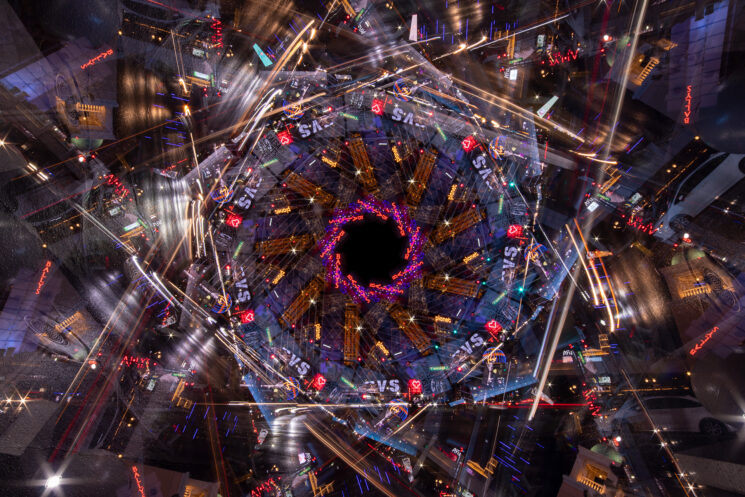 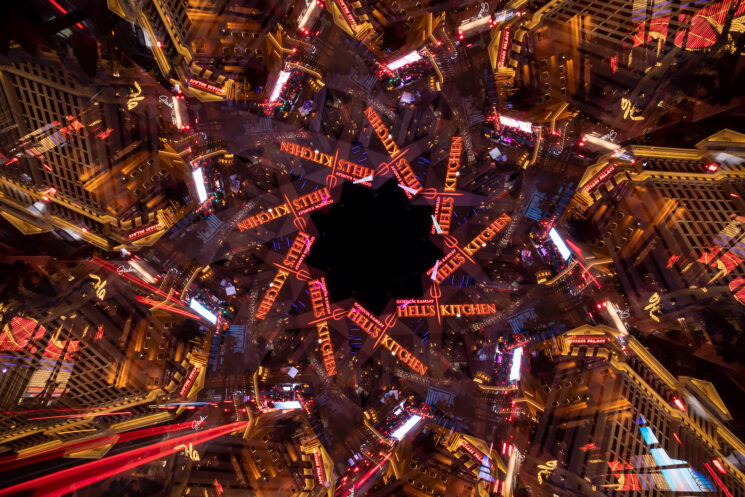 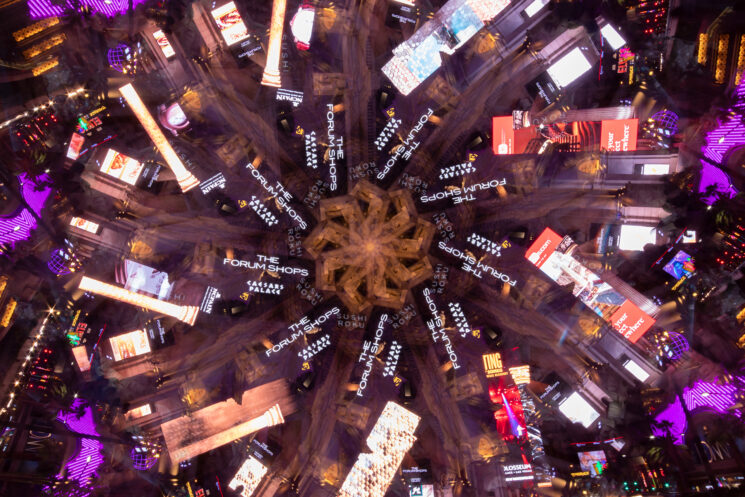 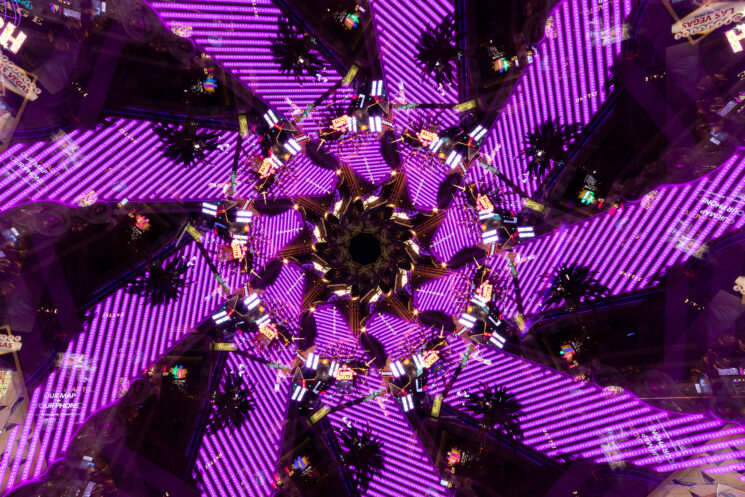 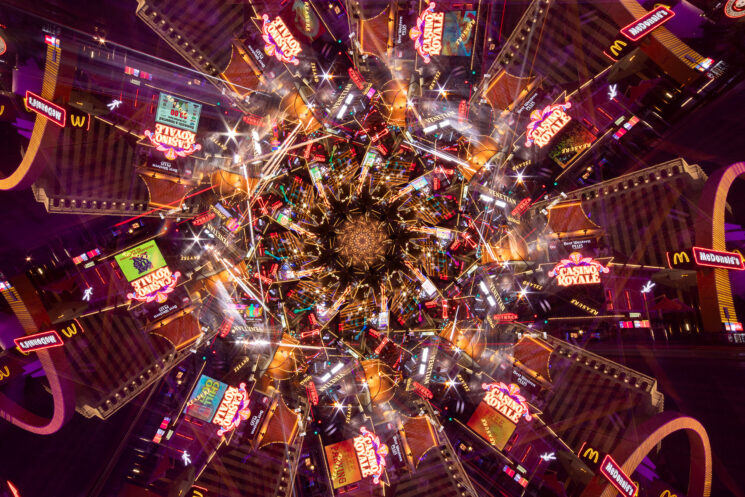 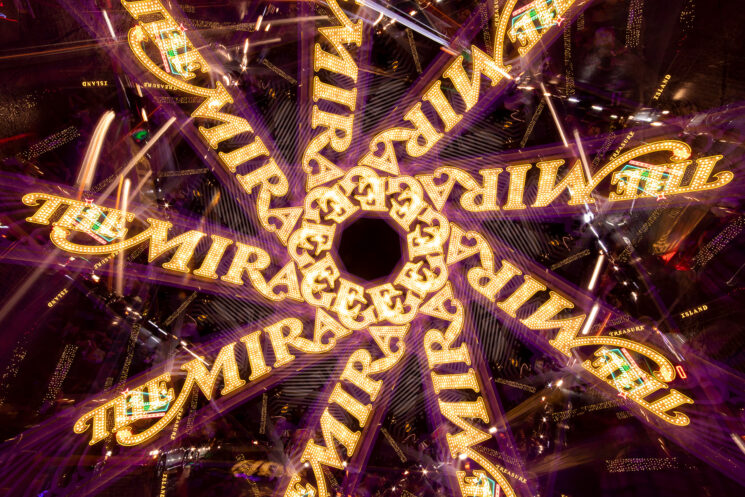 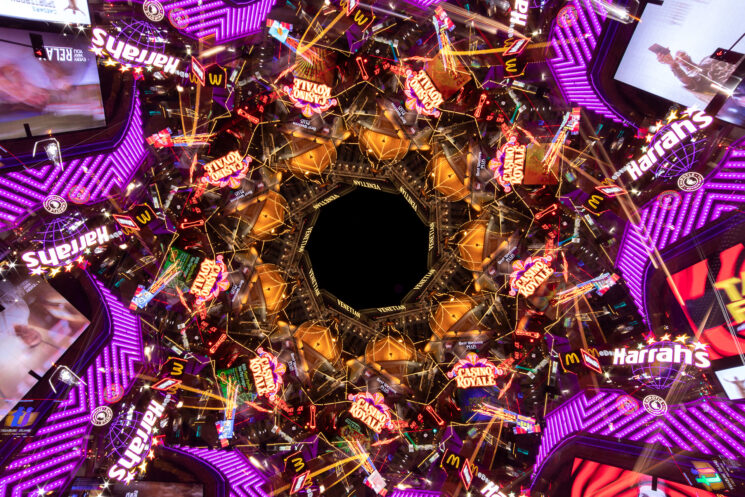 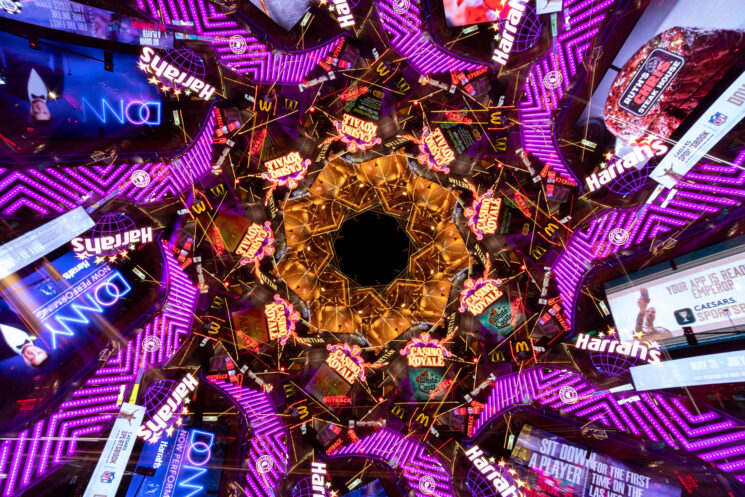 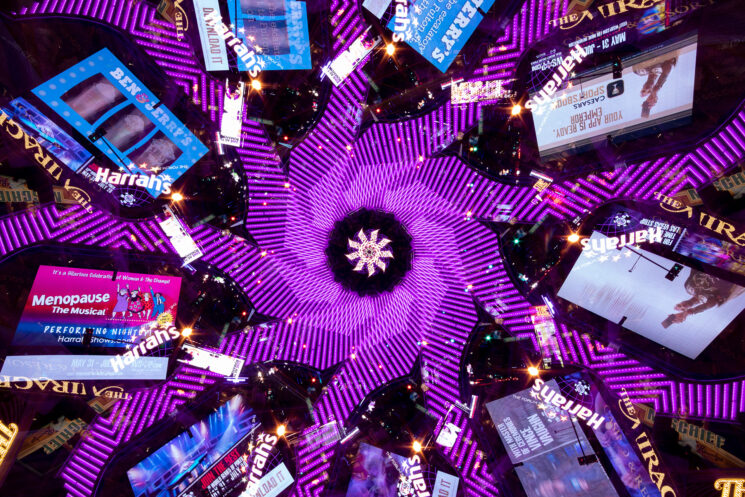 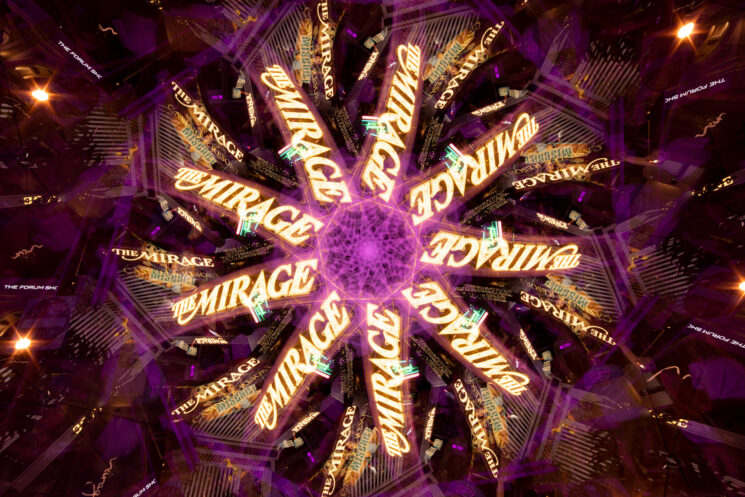 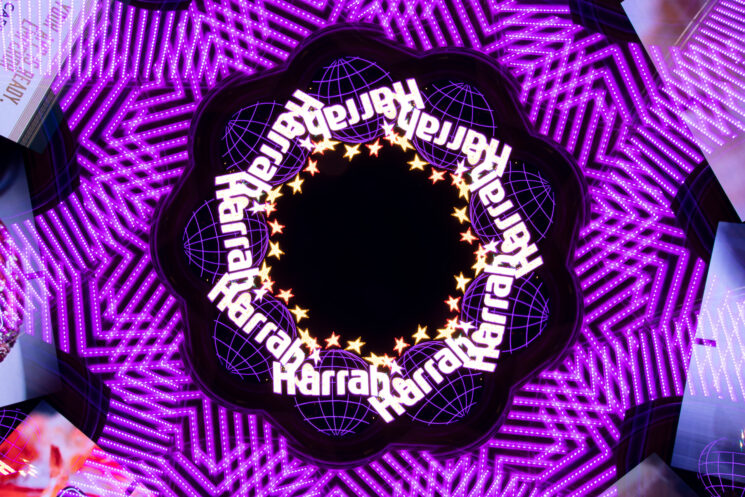 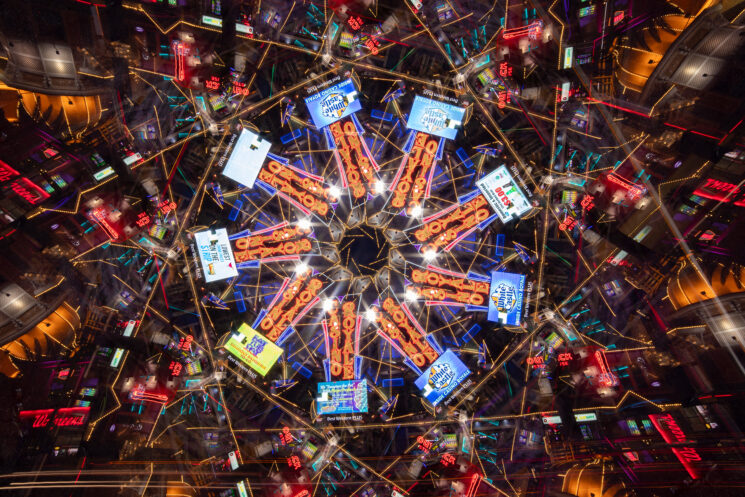 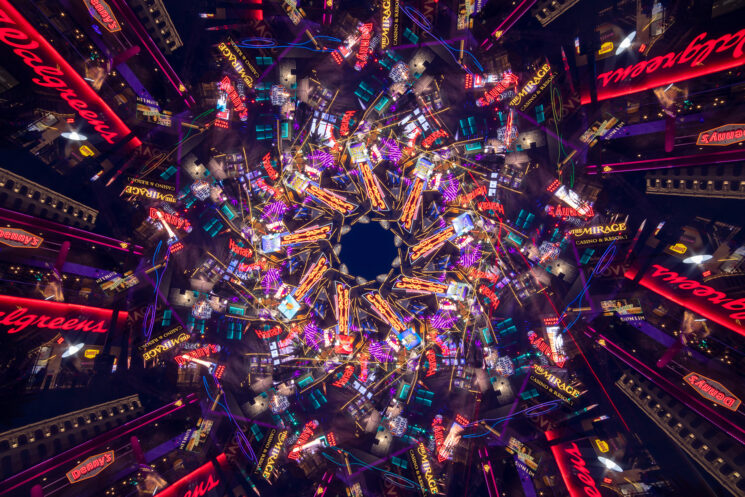 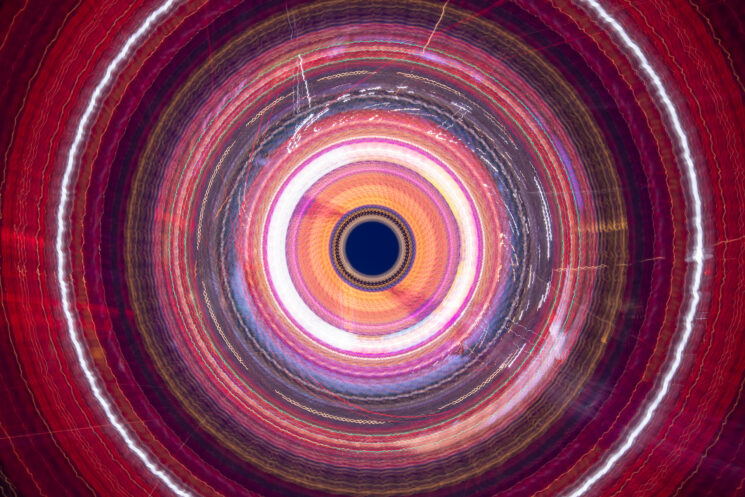 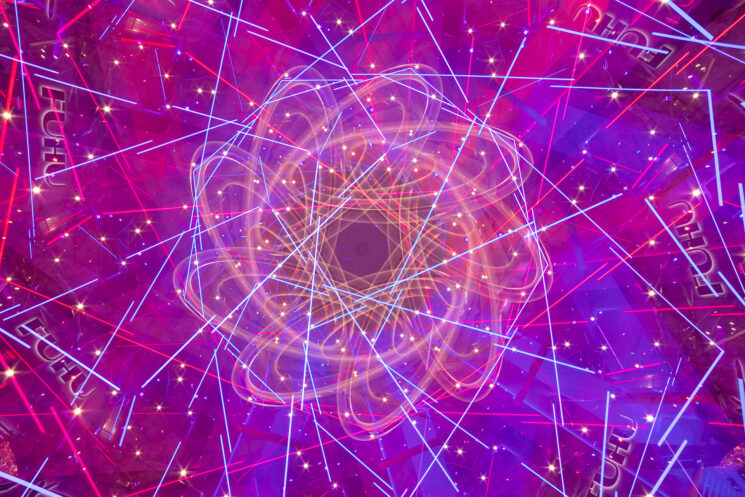 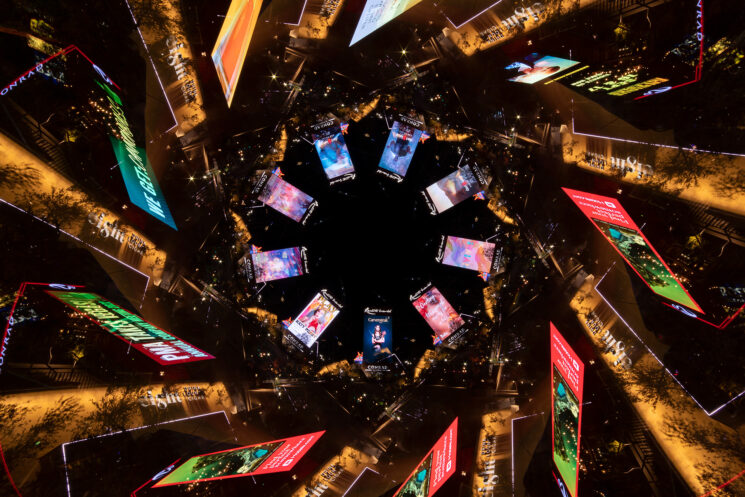 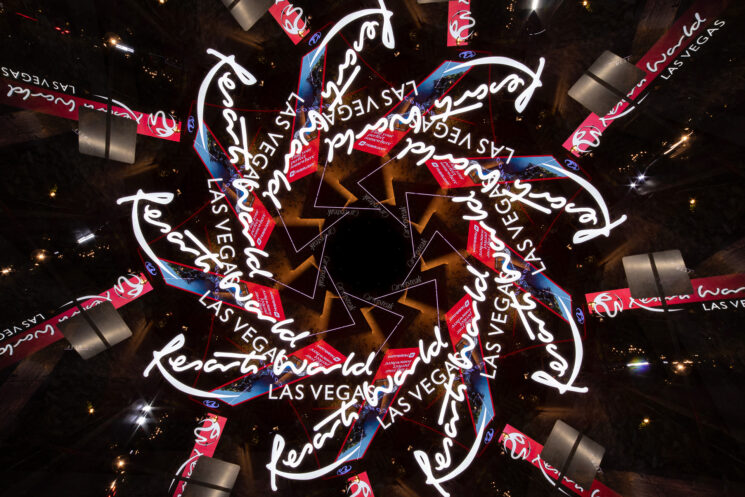 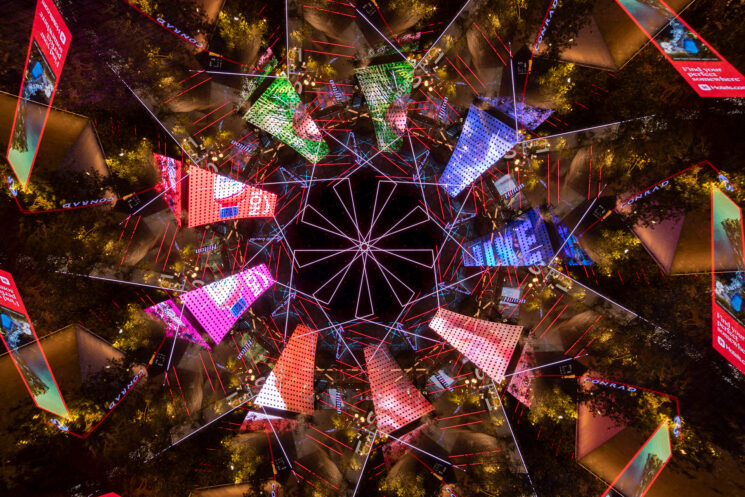 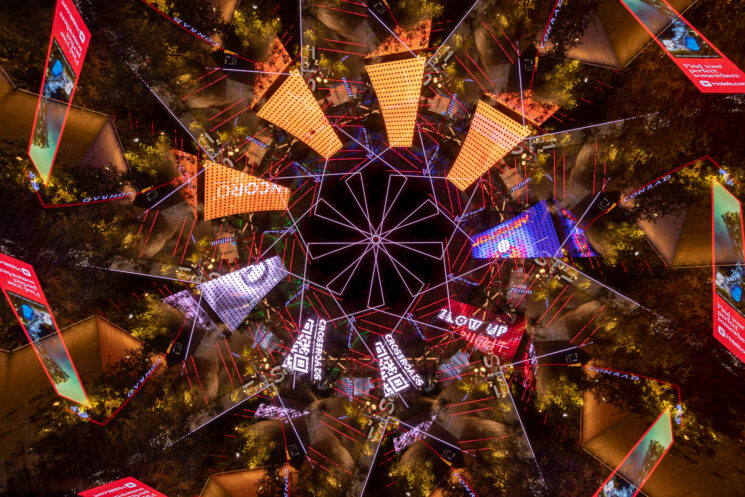 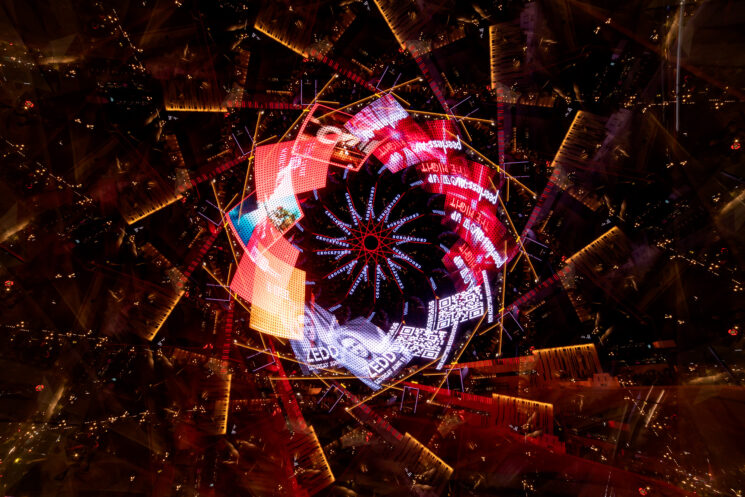