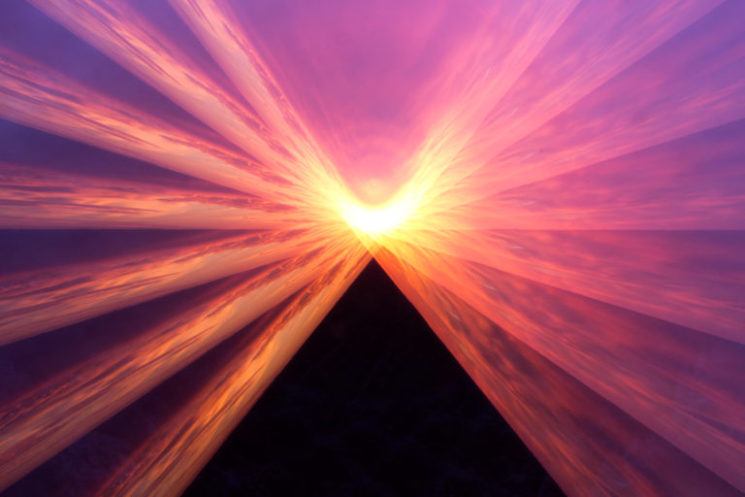 I’ve heard many people say sunset photos are cliché and they all look the same. Therefore, I’m glad to present you with a project that makes them as unique as you can imagine. Photographer Jason D. Page has published a series named “Pyramids in the Sky”, featuring fantastic photos taken at dusk. But these images were made using camera rotation, so the final result is not what you’d expect from a sunset. It’s a series of eye-catching, abstract pyramids, painted by the Sun and the colorful sky in the sunset.

Jason has shared some details about his project with us, as well as the settings and gear he used. So if you still think sunsets are boring, here’s a fresh approach that might change your mind.

What inspired Jason to create “Pyramids in the Sky” were Mayan Ruins of Chacchoben. He and his wife visited them during a cruise in 2015, and Jason has always been intrigued by the ancient civilizations and how they were able to build these massive pyramids. Watching them in 2015 inspired him and made him think of his project. And he got an idea when he got back on the ship:

The way the sunlight was coming off the pyramids got my mind racing thinking of how I could create a similar vision using Light Painting techniques. The next night we were back on the ship and I was sitting on the balcony just after sunset when inspiration hit me. The ship was out to sea so the deep water was dark, the horizon was clean, and the dusk sky had an orange and blue glow to it. Luckily I had brought along my CRT (Camera Rotation Tool) so I set it up and started trying to make a pyramid design using nothing but the available ambient light. I used the dark water to create the pyramid and the dusk sky provided the rays of light. I was blown away by the result on the back of my camera! The image looked just like a pyramid with rays of light shooting out of the top, it was even better than I had envisioned it. That night started an ongoing addiction to creating “Pyramids In The Sky”. 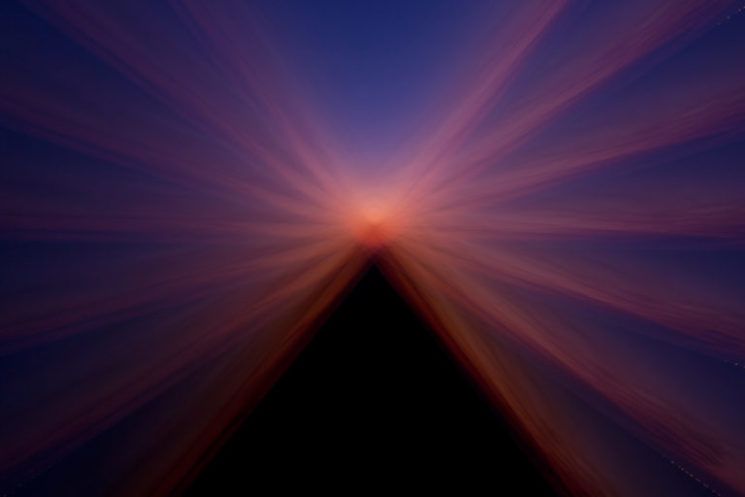 If you’d like to take a shot on this kind of photos Jason has kindly shared the gear he used, the settings and what the process looks like.

This is how the photos were taken:

The Pyramids in the Sky series are all created in real time and captured to the camera in one single photographic frame. The only light source used to create these images is the ambient light in the sky right at sunset or a little after. This is a form of Light Painting called Kinetic Light Painting, meaning that the camera is moved to create the design in the frame.

The process for creating these images is fairly simple, I use a custom made CRT (Camera Rotation Tool) this tool was designed by Alan and Chris Thompson. The CRT allows me to move the camera to any angle during a single exposure. To create the Pyramids I shoot in bulb mode and use a lens cap to control the light coming into the camera. The first thing I do is I find the angle I where I want to start the exposure. Once I find the right angle I put a cap on the lens and I open the shutter of the camera for a long exposure. With the exposure running I simply remove the cap to let some light in and then replace the cap to block the light. During a single long exposure I turn the camera to the next angle and repeat the process of removing and replacing the lens cap. I repeat the rotation and capping process until I have an image that looks like a Pyramid in the Sky that is captured in one photographic frame. 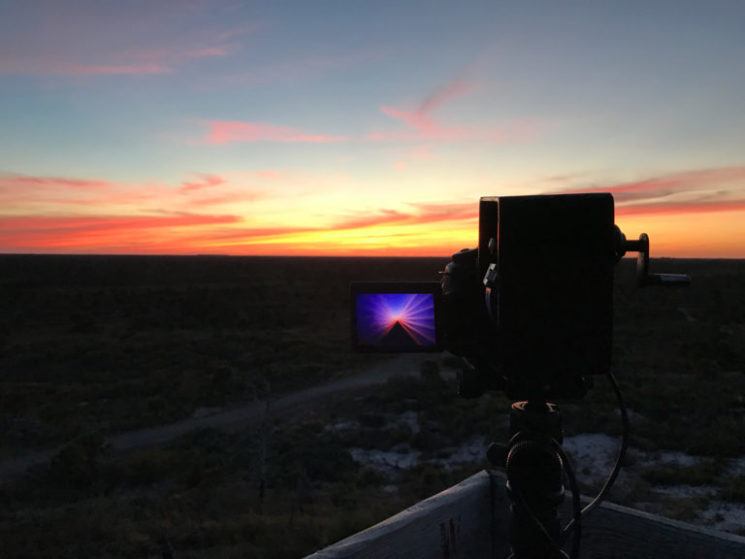 Over the time of taking photos for this series, Jason has faced some challenges as well. Believe it or not, it’s not so easy to find the ideal location to create the “pyramids”. He lives in South Florida, so it was tricky to find a high angle of a clean horizon. Funnily enough, it turns out that the perfect spot just around the corner:

After some long drives looking for location that didn’t work, I ended shooting most of the series from a lookout tower at Jonathan Dickinson State Park. This spot was perfect and it was just 10 minutes from my house, funny how I drove past it 10 times while looking for the “right” location. 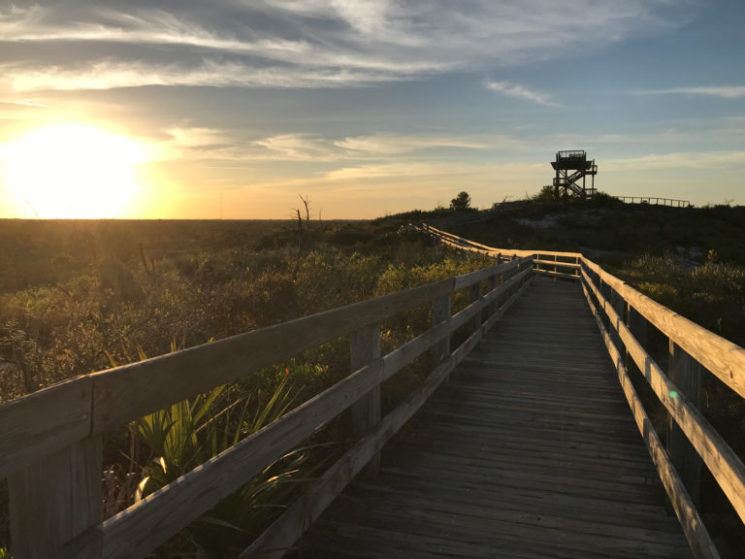 Of course, when you overcome all the challenges, the fun part comes. Jason has shared with us what his favorite part of taking these photos is. Other than being creative and making art, here’s what else he enjoys:

My favorite part of shooting these images is all of the beautiful sunsets I was blessed to witness. I would talk to people at the tower and most would leave right as the sun dropped below the horizon, the crazy part is that is just when the colors are starting to get good so I would be there alone seeing the most beautiful colorful skies. I also really love the interesting patterns the clouds add to the images. I started thinking I needed cloudless skies to create the pyramids, but I quickly found that the clouds added some incredible features. For me some of the Pyramids have the feeling of a Native American Headdress giving them a deeper and spiritual feeling. 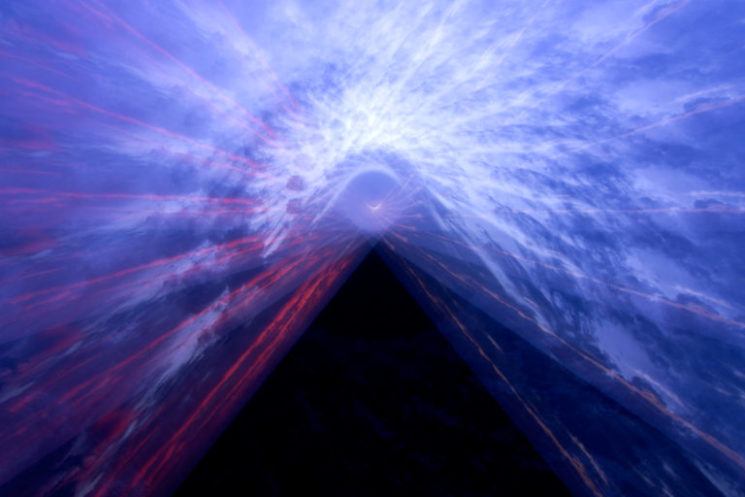 I like the comparison with a Native American Headdress. I believe these pyramids can remind each of us of something. My first thought was the cover of Pink Floyd’s album The Dark Side of the Moon. Take a look at more photos from the project: 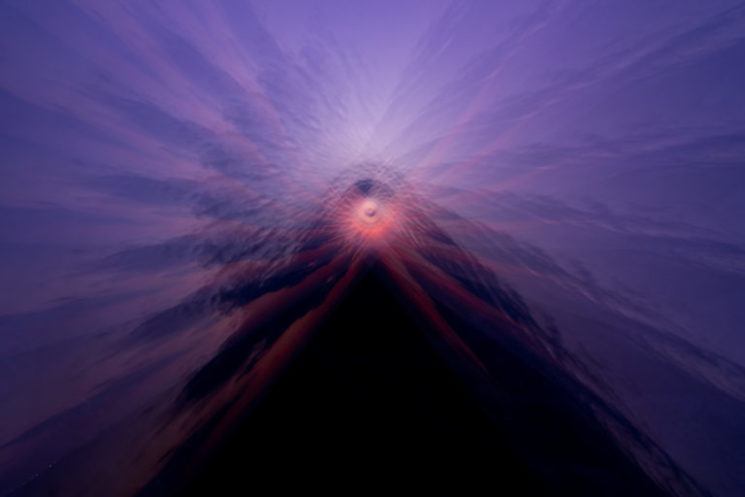 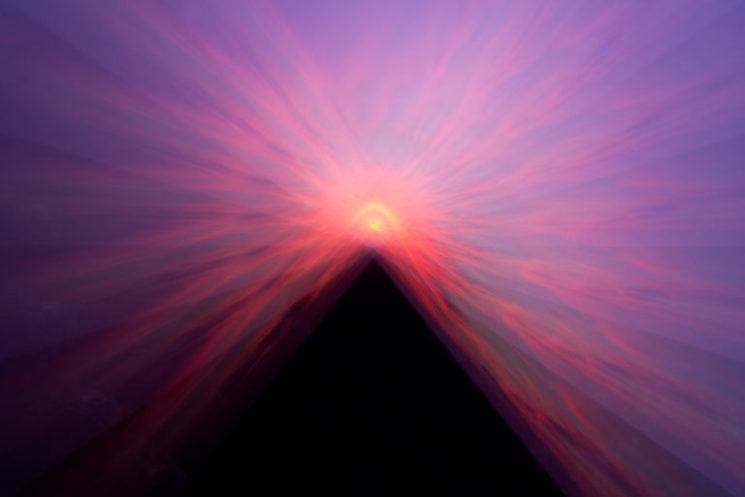 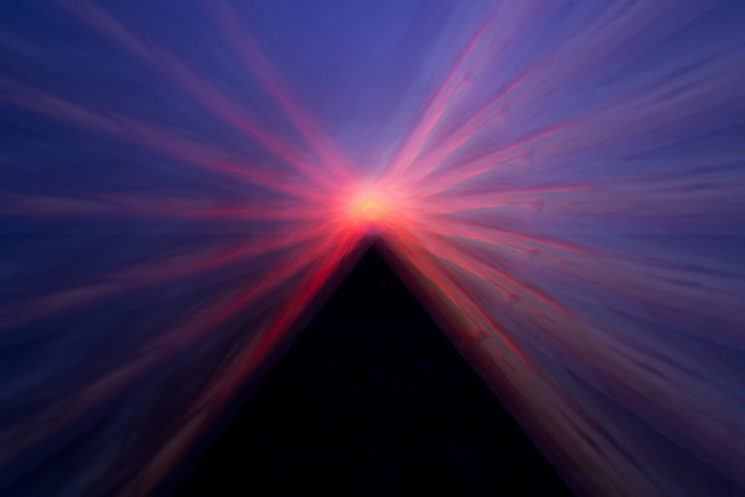 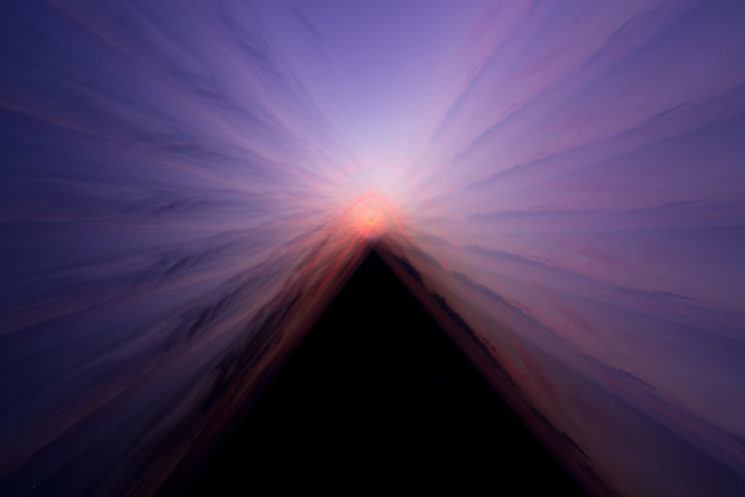 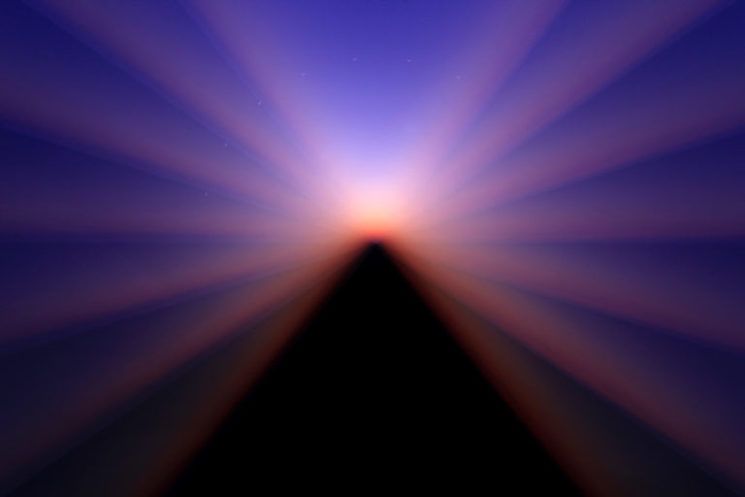 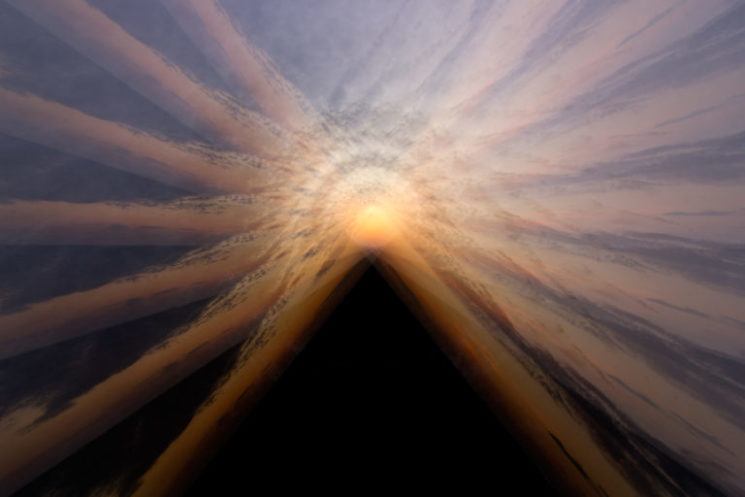 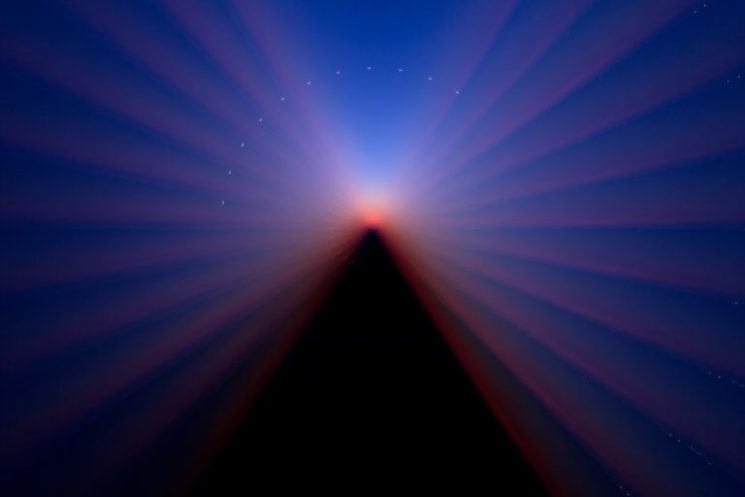 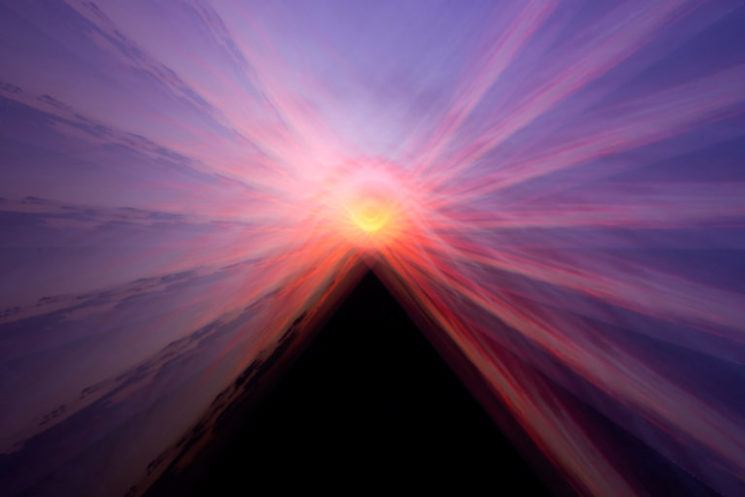 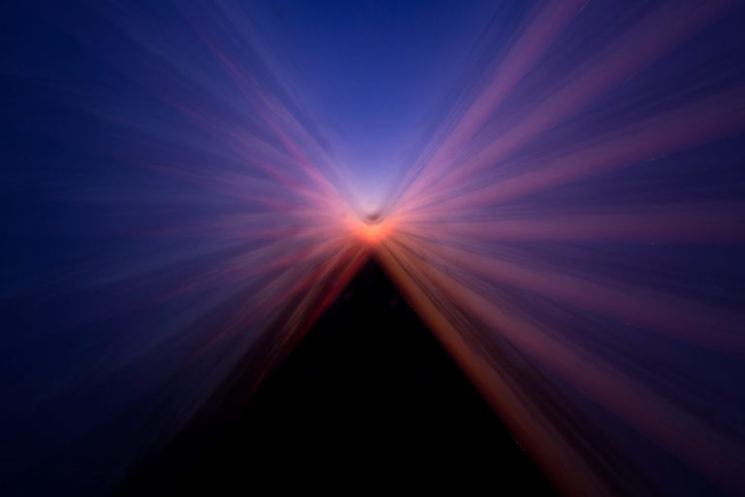 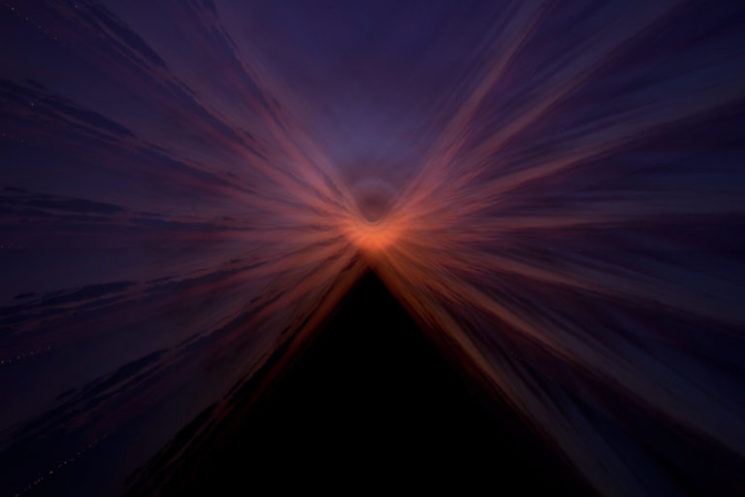 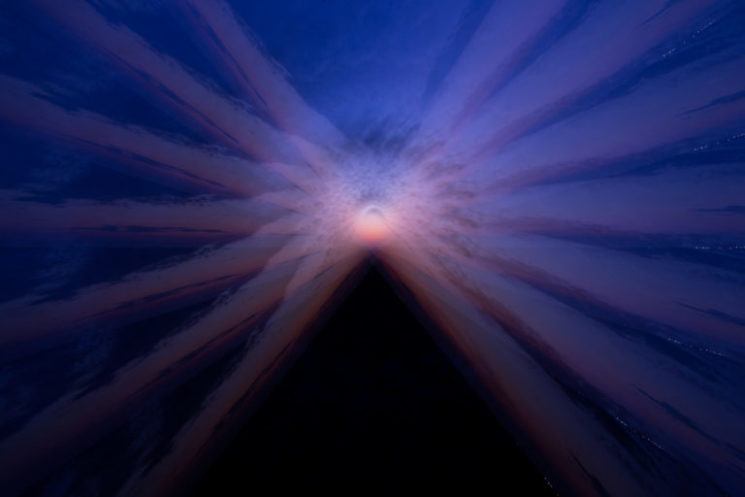 I must tell you, I love sunsets, and I belong to the group that believes each of them is unique. No matter how cliché they may be, I love taking and seeing photos of them. But this project has changed my approach as well and expanded my views. I love how Jason used something so everyday into something unique and interesting. I’d like to thank him for sharing the details with us, and to encourage all of you to experiment with light and always try and find something unusual in what appears to be ordinary.

Jason D. Page is a fine art photographer and videographer from Newport News, Virginia. His photographic work is focused mainly on light painting, and he has pioneered numerous techniques in this field. If you’d like to see more of his work, check out his portfolio and light painting website. You can purchase some of his videos here, and awesome light painting brushes here. You can also reach him out on Facebook and follow his work on Instagram and his YouTube channel.

« Why You Should Photograph Your Loved Ones
Evolution of HeadCam: turning a DJI Osmo+ rig into a headcam »