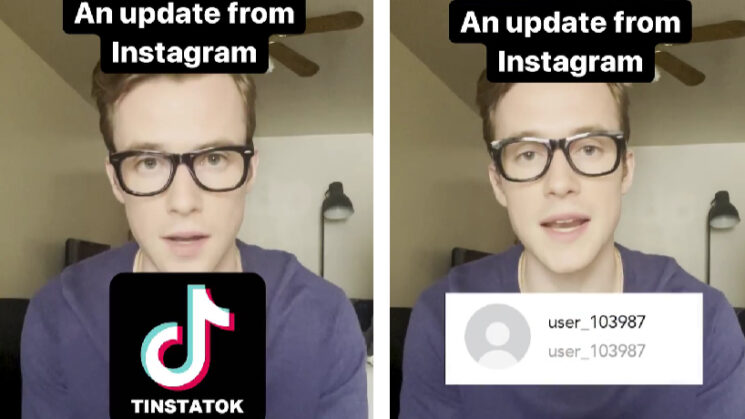 After users’ backlash over Instagram’s “evolving” into TikTok, its CEO Adam Mosseri responded to users’ concerns in a video he posted on Twitter. It didn’t take long for Dan Toomey to make a parody video, and I just had to share it.

In the video, Dan pretends to give an announcement about Instagram’s latest changes. But unlike Mosseri, Dan is saying what I believe we’re all thinking – and he does it in a truly hilarious manner.

“First off, no more pictures, just video,” Dan says in the mock-announcement. “Pictures are boring and your friends are lame.” Other than this, my favorite part is the logo change. Instead of the “boring old camera,” Instagram will start using a “funky little musical note” and it will be called… Wait for it… Tinstatok! This almost sent my coffee through my nose. It will also offer $60 million to Duolingo owl to start making Instagram videos (that will later be turned into Reels anyway). But no worries, it’s merely a test.

As for the recommendations, Dan explains that these are “the posts on your feed that you did not ask for.” I think we can all agree. “The idea is to waste your time in new and innovative ways that Instagram wasn’t doing already.” Also, Instagram wants to sell you the stuff you don’t like, don’t need, or something they heard you talking about two days ago. But it’s all, you know, just a test.

This video honestly made my day and made me laugh out loud. Even though I still use Instagram and probably will continue to do so, it still doesn’t mean that I like what it’s turning into. And Dan’s video sums it up perfectly in a funny, tongue-in-cheek way. Just the way I like it.

The Lightplot Is A Lighting Painting Robot Evolving From Lego NXT

This hilarious video shows what millenial marriage proposal looks like