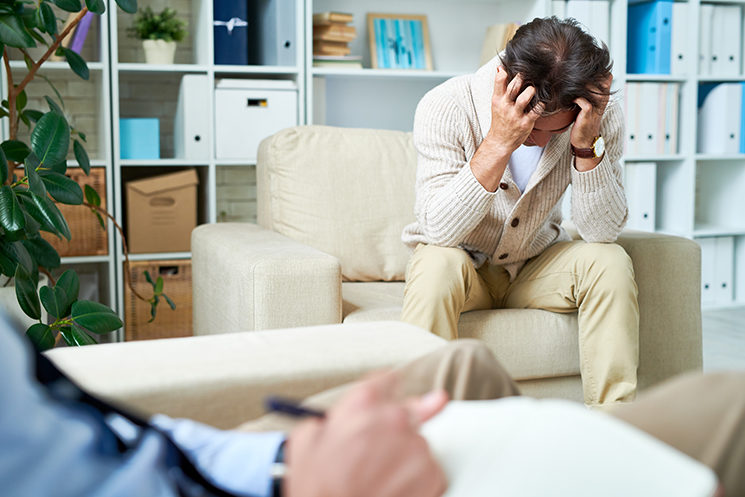 If you are a photographer (or any kind of creative, really), I’m pretty sure you’ve had some nightmare clients. And it’s no secret that those kinds of clients can sometimes drive us insane. So, Tony and Chelsea Northrup imagined what a group therapy would look like for photographers who’ve had enough of those clients from hell. Even though it’s a comedy video and it made me laugh, I still found it painfully relatable. Let’s see if you can relate to these stories, too.

The video shows “Doug” (Tony) and “Susan” (Chelsea) talking to a “therapist” (also Chelsea). The pair mentions all sorts of problematic situations they’ve been through. And it’s not just with the clients, but also with their friends.

For example, “Doug” had a couple who paid half the shoot, and wouldn’t pay the rest after the wedding photos were delivered because “they overspent on their honeymoon.” He also photographed a model who posted photos on Instagram, got tons of likes: but didn’t tag him or give credit.

As I mentioned, photographers also often get into awkward situations with friends, family, and acquaintances. I wrote about it before, because even I was in those situations despite only being a hobbyist. For example, poor “Susan” once agreed to shoot friends’ wedding for $50. But after the wedding, they said that the meal was $75 so they should call it even. She was also invited to a birthday party and the friend asked her “can you bring your camera?” I find this one very relatable. Similarly, “Doug’s” friend offered to pay for a shoot with a six-pack. And another friend asked him to shoot his car, which is totally out of his genre. This one sounds way too relatable for me, too.

While this video is amusing and fun (especially when you see how well Chelsea acts), it’s not only a comedy. The “therapist” gives some really good advice on how to deal with all those situations that make you feel awkward or like your work is unappreciated. Also, it was based on Tony’s and Chelsea’s real experiences, and I believe all of us have had similar experiences, too.

Make sure to watch the video above for some laughs, but also if you need some rational and clever advice for dealing with nightmare clients (and friends). And let us know, which of these stories sound relatable? And what’s the worst request you had as a photographer?

Frustrated with your flash gear? Here’s some therapy for you