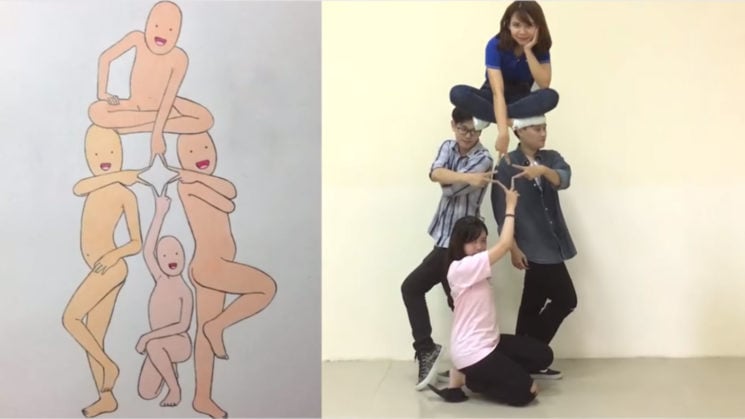 Posting groups of people has always been one of the most difficult things for me. I’m ok with an individual or a couple of people, but groups just rarely work for me. There’s always one person not looking at the camera, or blinking, or sneezing, or looking bored waiting for everybody to be ready. And different people in a group all respond to direction differently.

Some of these suggestions (ok, all of them) probably aren’t really that suitable for corporate employee group photos. But for parties, weddings, family gatherings, proms and such, why not? Even the one at the top of this page might work well for a group of cheerleaders. 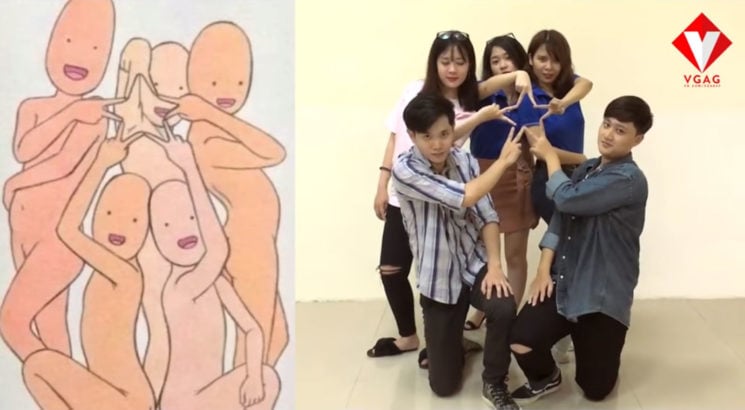 There’s 15 examples in the video, and some of them do get very silly indeed. But, I’ve actually seen sillier ones shot with actual real clients, so maybe not such a daft idea after all. Some might need to be modified a little, though. 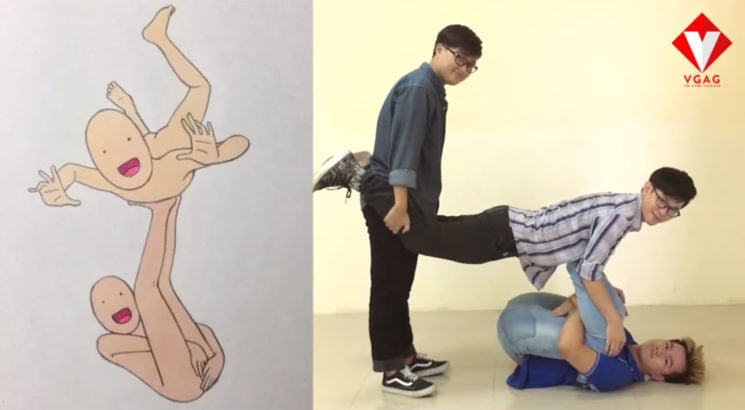 As you can see from the actual real examples, the poses don’t have to be naked as they are in the illustrations.

In fact, most of the time, you probably wouldn’t even want them to be anyway.

Stop trying to pose your subjects and direct them