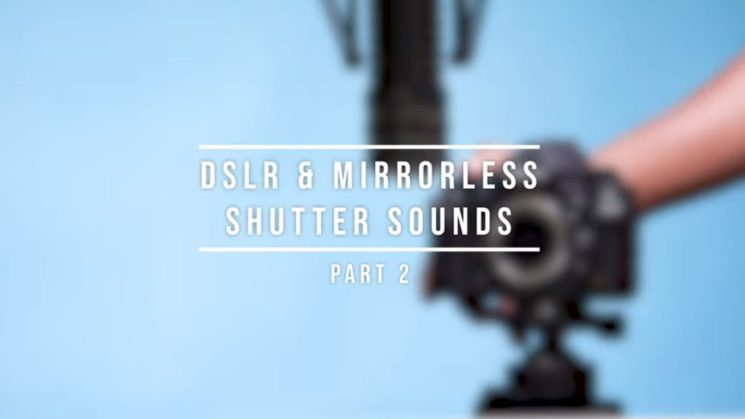 I must admit I enjoy ASMR videos of cooking. They’re so soothing, plus I also learn new recipes. But if you’re looking for an AMSR video for photographers, you’ve come to the right place. After their first video, guys from Lensrentals have recorded the sounds of 11 more popular DSLR and mirrorless cameras. Let’s hear them and discuss the worst and the best ones.

I decided to hear the sounds and write my impressions down before reading what the Lensrentals team chose as their most and least favorite. And it turned out that we have a very different perception. They chose the Panasonic G9 and Nikon Z6/Z7 as the least favorite ones. It’s simply because they find the sound of these cameras kind of dull. On the other hand, their favorite models in terms of shutter sound are the Nikon Df and the medium format Fujifilm GFX 50R.

As for my impressions, they’re totally opposite. I hate how the Fujifilm GFX 50R sounds, it’s like a stapler. I also don’t like the Pentax KP, it sounds like it’s dying in burst mode. On the other hand, I really like the sound of both the Nikon Z6 and the Panasonic G9. They’re so quiet and discreet. I also like the sound of Leica TL2. It’s quiet and kinda “soft,” very pleasing to my ears.

So, which of these shutter sounds do you like best? And which ones you don’t like at all?

[Who has the best shutter sound! *Camera ASMR * Part 2 via Lensrentals]

« This hilarious video imagines what group therapy for photographers would look like
This stunning, eerie photo was shot as a single exposure »