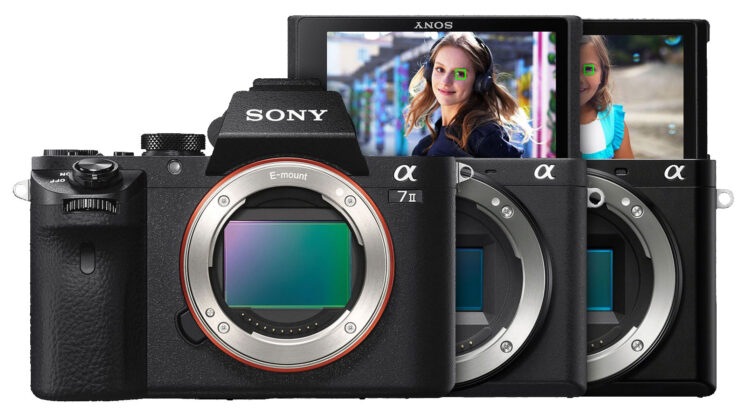 Sony has announced that they’re halting production of three of their Alpha series mirrorless cameras due to the global silicon shortage. Fortunately, for one of them at least, it’s an older camera model. The Sony A7 II, which has now been superseded twice, since the recent announcement of the Sony A7 IV. The two other models, though, the A6100 and A6400 are still both current models, released in only 2019.

The announcement states that orders for these camera models have now been suspended and they will not be sending any more to distributors or to customers via the Sony store due to the tight supply. So, if you were hoping to pick up one of these models in the Black Friday sales this week, you might be out of luck – unless you can find a retailer that still has a little stock left.

Notice and apology regarding temporary suspension of orders for digital imaging products
Thank you for your continued patronage of Sony products.

Currently, with regard to digital imaging products, parts procurement is delayed due to the effects of global semiconductor shortages.

Therefore, after November 19, 2021, we will suspend the acceptance of orders from our distributors and customers at the Sony store for certain models with tight supply.

Regarding the resumption of order acceptance, we will consider it while observing the status of parts supply, and will inform you separately on the product information page.

We sincerely apologize for any inconvenience caused to our customers.

We will do our utmost to deliver the product as soon as possible, and we appreciate your understanding.

As well as the Sony A7 II, A6100 and A6400, the Sony ECM-B1M digital shotgun microphone introduced in 2019 has also ceased production for the time being, along with the Sony PXW-Z190 camcorder. Exactly when production will begin again remains to be seen, although Sony says they’ll be keeping an eye on the supply chain and will keep us posted via the product pages for each respective model.

This may mark the end of the line for the still-popular Sony A7 II. With the A7 III and A7 IV now released, it wouldn’t surprise me if the A7 II was dropped completely and production never resumed. It’s a shame because it’s a fantastic and relatively inexpensive full-frame camera if photography is your focus. For video… You’re better going with other models anyway.

« The Dronut is a weird cylindrical drone that looks like it should be firing lasers at Jedi in training
BREAKING: Next week’s IBC Show 2021 in Amsterdam is now cancelled »