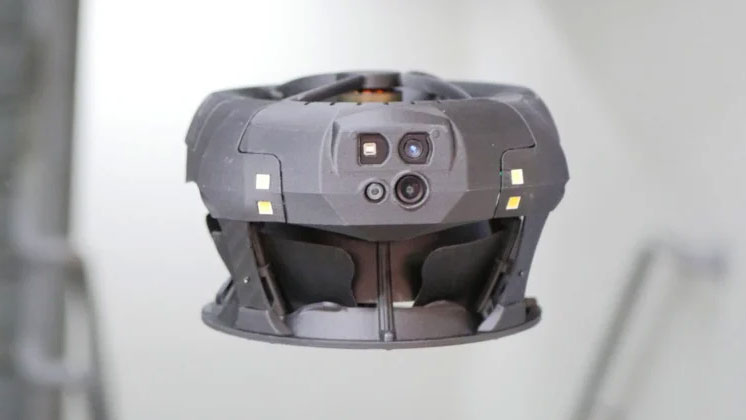 Drones have become such commonplace things these days that almost all of us either own one or know somebody who does. Most of them have a fairly common form factor. Four or six arms with four or six motors, each with a propeller on top. This one, though, looks like something right out of a Jedi training camp.

This curious-looking drone from Boston-based Cleo Robotics is called the Dronut and it’s the worlds first bi-rotor ducted fan drone. They say it’s the smallest in its class, using their patented thrust vectoring technology. And with no exposed propellers, they say it can “safely fly where no other drone has flown before” (ok, now it’s sounding more like Star Trek than Star Wars).

From looking at the video above, it’s a pretty nippy little drone and as it has no exposed propellers, it seems to be able to safely bounce off walls without any issues. After all, if your propellers can’t hit anything, they’re going to keep spinning and your drone isn’t going to fall out of the sky – at least in theory. These benefits have obviously implications for certain tasks and use cases, which is why up until now, the original Dronut, released in 2020, has been sold only to the military and law enforcement.

The new Dronut X1 is quieter than the original and now also available for consumer use. It’s small enough that it fits in your hand and weighs 425g. Certainly not heavy, by any stretch of the imagination, but over the 250g license-free limit imposed in many countries. It features live streaming, a 4K camera with a global shutter sensor (oh yes!) and navigates using 3D LiDAR and a Snapdragon CPU. So, even though it has collision tolerance, it still has some collision avoidance, too. 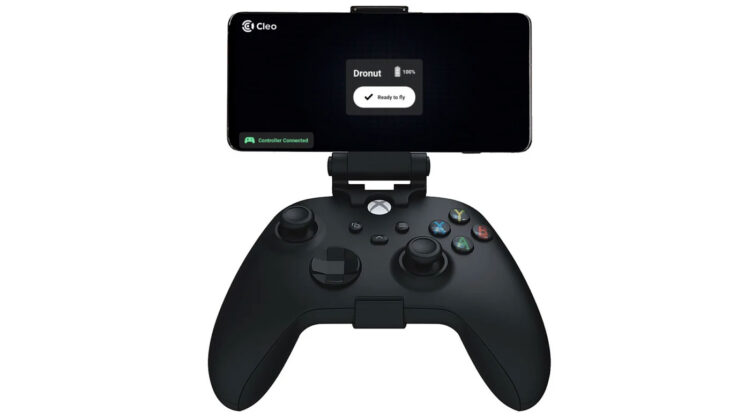 The Dronut X1 doesn’t have a massive range, with a transmission distance topping out around 1 kilometre (~0.6 miles), depending on the environment and Cleo Robotics says it can be controlled by an Android device with no training required. But this isn’t exactly a drone designed for flying high in the sky to create cinematic footage (although that global shutter sensor is something that most of us wish that drones designed more towards video capture would have!). It’s more for indoor use, short-range flights, surveying, inspection and recon where safety and a non-reliance on GPS are paramount.

Regardless of your needs, though, it’s a pretty unique drone – in both looks and function. But it’s a technology that you’re really paying for. With a retail price of $9,800, it’s not one for the masses, but for almost $10K, I really would have expected it to fire lasers, too. Ok, I guess it kind of does fire lasers, given that it uses LiDAR for positioning, but not the kind that immediately sprang to my mind when I saw this drone!