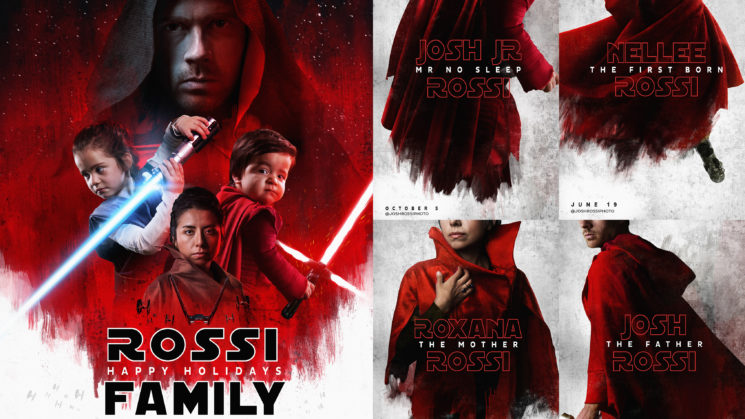 When it comes to family photos, especially around the holidays, the ones that most of us shoot are pretty boring. Photographer Josh Rossi felt he’d fallen into this trap, too. This year, he put his foot down decided that it’s not going to happen again. You might remember Josh, he’s the guy who dressed up his 3 year old daughter as Wonder Woman for Halloween.

Being a huge Star Wars fan, and with the impending release of Star Wars: The Last Jedi, Josh decided to pay homage. This year, his family photos were to be themed around the posters being used to promote the movie. 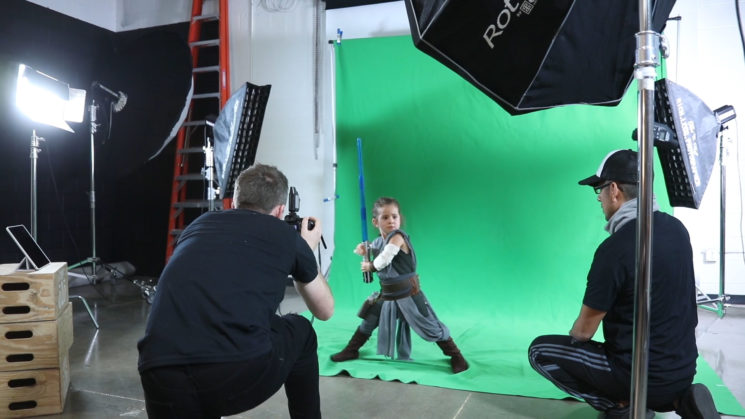 John photographed each of his family members, as well as himself in front of a green screen for later compositing in post. Josh’s youngest padowan, Josh Jr. required a little assistance holding up his light saber. 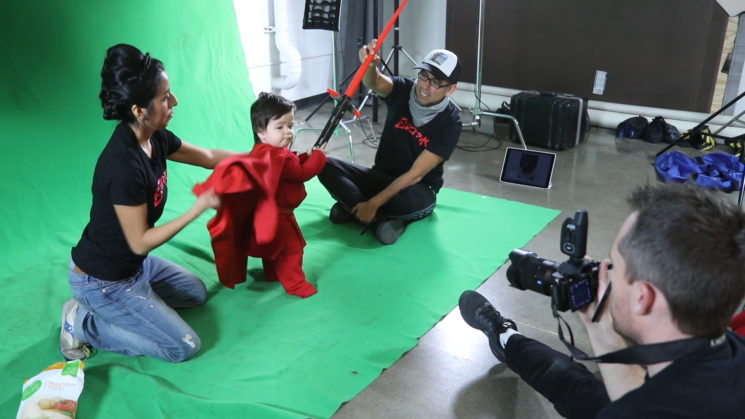 Shooting this way, allowed Josh to more easily cut them out of the background. This lets him place them in each of their final individual posters, as well as the combined shot. 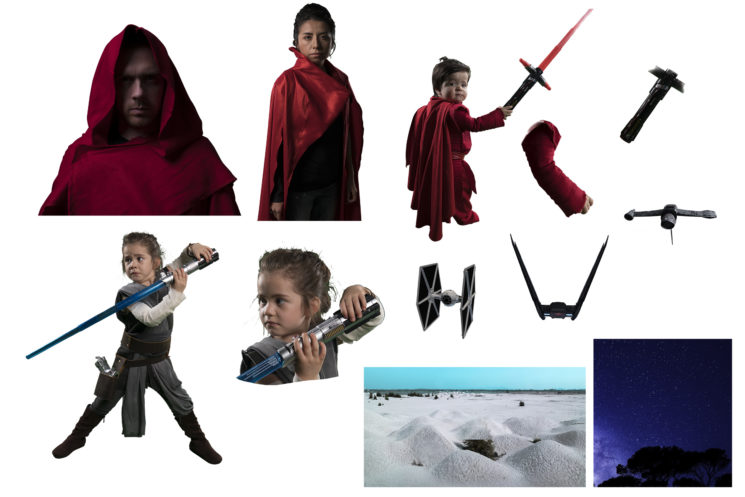 None of the original poster assets were used. It was all shot entirely from scratch, and then blended in post to produce the final posters. And it worked out great. You can see here how Josh’s poster compares with the original. 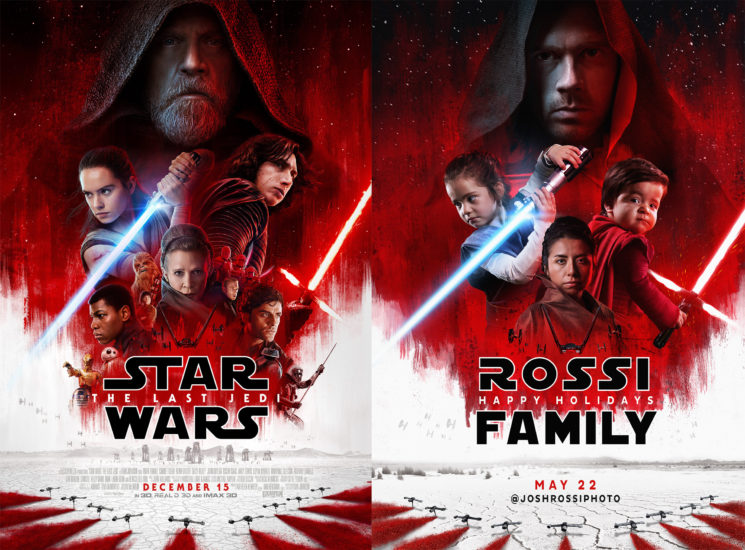 Not a bad likeness at all. Each family member also got an individual shot to match the individual movie posters. 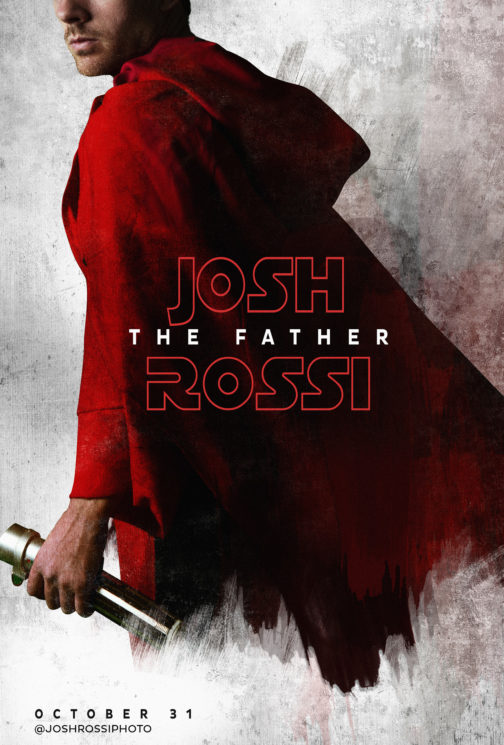 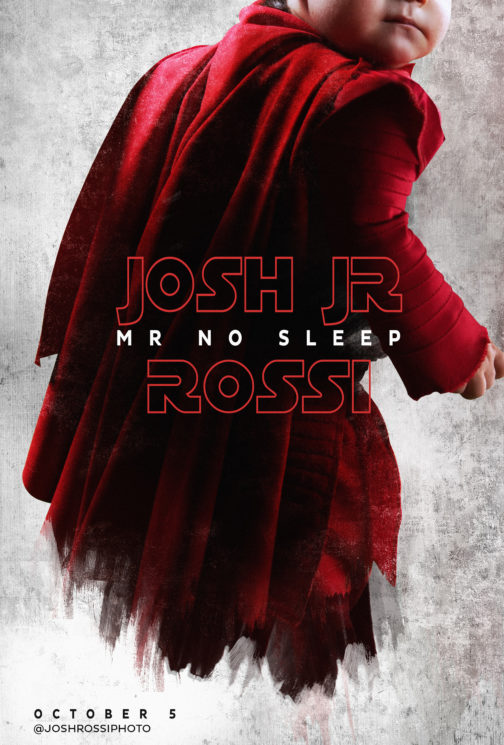 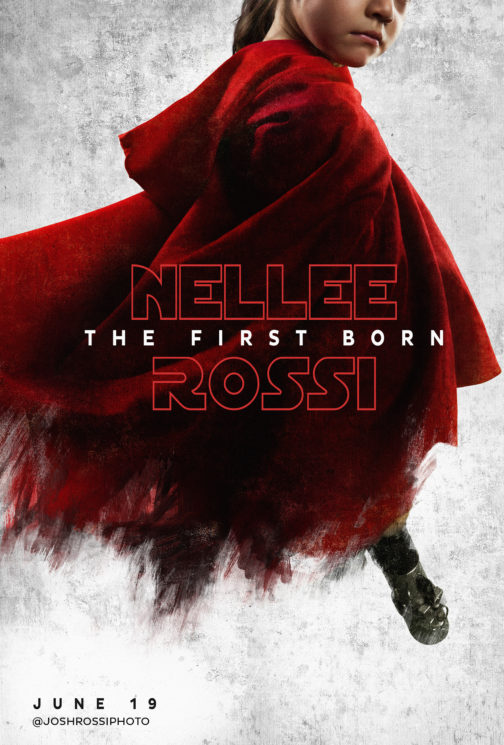 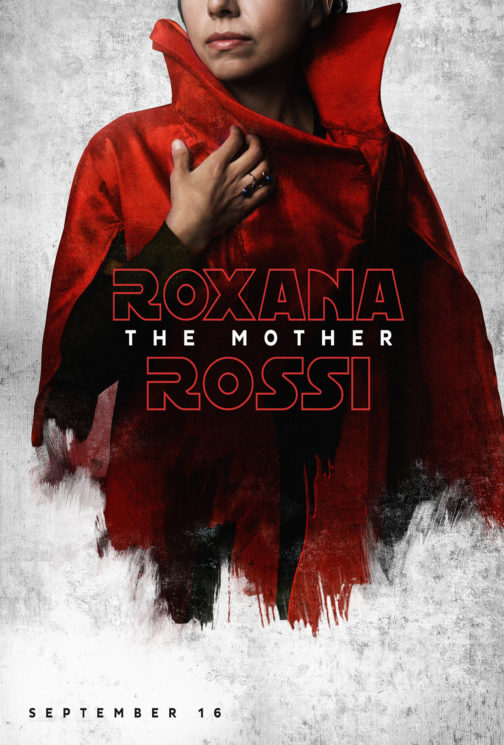 Josh also recreated one more Last Jedi movie poster, which was inspired by one of the original movie posters. 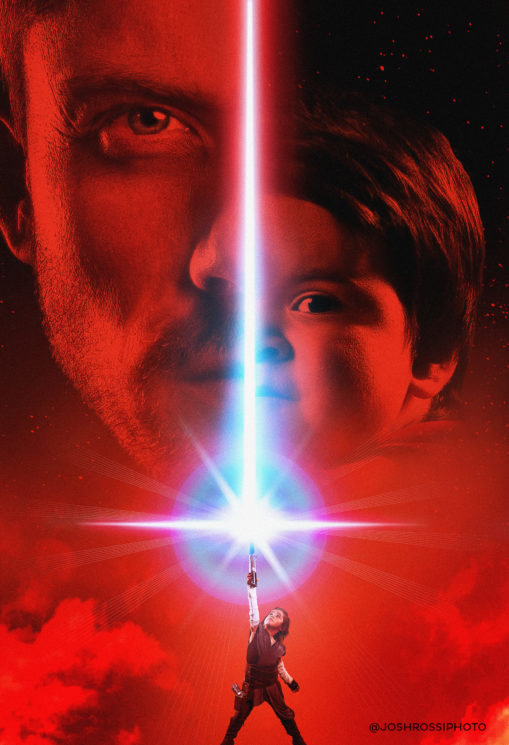 A fantastic set of images. I don’t think anybody could describe these as your typical boring family photos.

With the movie set to launch in just over a week, this just makes me more excited to see it.

« Memory cards past, present and future – What you need to know about the different card formats
What background should you use with coloured gels? Grey or white? »