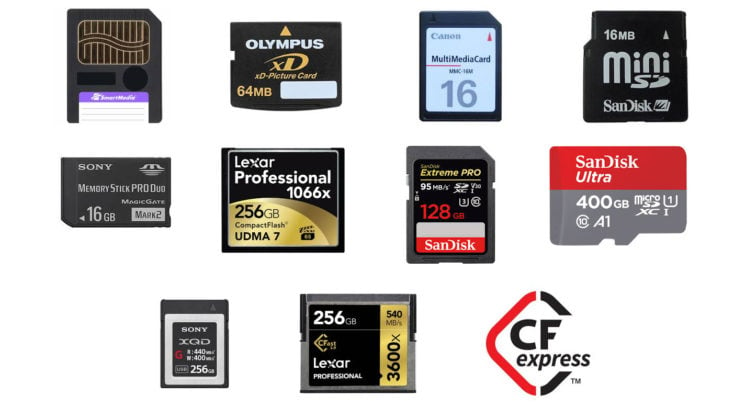 A couple of months ago, I asked all of you to email me with ideas for future blog posts. One of the suggestions that came up numerous times was the request for me to explain all the different memory card formats.

I guess that my 12 years in the industry, marketing memory cards for Lexar, makes me slightly more knowledgeable than most photographers about this subject. With that in mind, I am writing this blog post to explain the many different memory card formats, including those from the past, current card formats and what might be the card of the future. 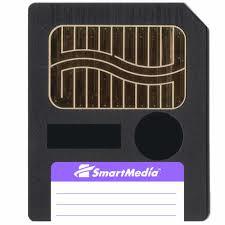 The SmartMedia card goes way back, This was the first memory card I ever used in my first digital point and shoot cameras. The card was paper thin and rather remarkable in it’s day. The capacities ranged from 2MB all the way up to 128MB. At the time, that was huge. Today, the larger cards would barely store one image from the current digital cameras on the market. I remember using 4MB and 16MB cards that were produced by Toshiba. It wasn’t until I visited Tokyo that I was able to find 128MB SmartMedia cards. These cards are long gone, but still hold a special place in my heart. 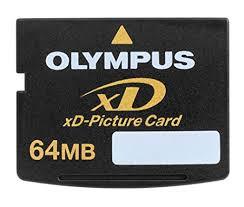 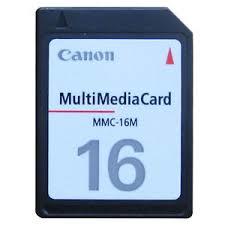 This memory card was very confusing from the outset. The format looked almost exactly like SD cards (without the locking tab), even though they were different. Most camera companies opted not to use MMC as their card format, although there were a few cameras which did rely on this form factor. 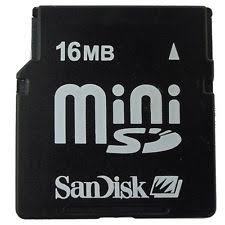 Before the advent of the microSD card, this was the memory card designed for small products (like cell phones and MP3 players). miniSD was around for a couple of years and then gave way to the more popular microSD card. 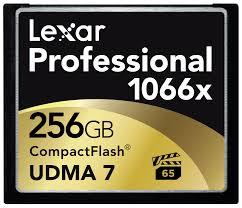 The CompactFlash card has been around for a long time (since 1994) and is still a very popular card format for DSLR cameras. Canon and Nikon continue to announce CompactFlash (CF) based cameras and have been using CF cards in their higher-end cameras since the late 1990s. There have been different iterations of the CF card, including Type I and Type II (which were different thickness) and even different speeds (CF 2.0, CF 3.0, CF 4.0, UDMA).

Even though this is still a current form factor, you will start to see the end of CF in the years to come. The technology is now older and the maximum card capacity (512GB) and maximum speed (1066x) has been reached. The CF hosts (cameras, card readers…) use pins to connect to the card and they can bend if the card is inserted incorrectly. There is also the problem of particles enter the holes on the CF card connector.

Newer cards do not use this antiquated connection and use more reliable connectors. Both Canon and Nikon have continued making cameras with the CF card slots, mainly because of the popularity of the card and the fact that so many photographers still have a large investment in their CF cards. Many photographers, myself included, like the larger size of the CF cards, making them harder to lose or misplace.

But, with that said, I was not happy that Canon included a CF card slot in the newer 5D Mark IV. I would have preferred to see a newer faster technology used. 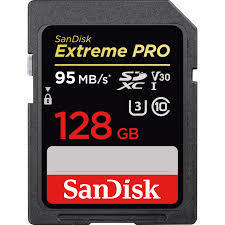 Secure Digital cards (more commonly called SD cards) have been around for almost 20 years and is the most common memory card format for digital cameras. These cards were designed with a locking tab which could be moved to turn the card into a read-only device.

There have been many variations of SD cards over the years (capacity specs called SDHC and SDXC and speed specs like UHS-I, UHS-II and recently UHS-III) helping the technology advance in both capacities and speeds. I remember having a 4GB SD card on my desk at Lexar and everyone commenting on how amazing that capacity was. The truth is, the card was a 512MB card with a fake label on it (for a photo shoot talking about what might come). Now SD cards exceed the speeds of CF cards (2000x) and have reached capacities of 512GB.

More than 10 years ago, the SD Association came out with Speed Class Ratings (Class 2, 4, 6 10…) which I have always hated. These class ratings did nothing but confuse customers. These cards are small in size (which the camera manufacturers like) and have continued to keep current with capacities and speeds. SD cards are used in many of today’s cameras, including Canon, Nikon, Sony, Olympus, Fuji and others. 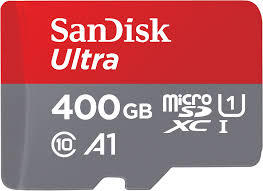 Then microSD format is a variation of the SD card format, but much smaller. These cards are commonly used in compact devices like mobile phones, action cameras and drones where size is a commodity. microSD cards have become the standard for compact-sized electronics in the last 10 years. The largest capacity microSD at the time of this blog post is 400GB, which is astounding. It is hard to believe that companies can cram that much NAND memory into a card so small that it can be swallowed. 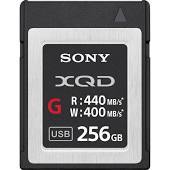 XQD cards are one of the newer card formats introduced about 5 years ago. The card specs come from the CompactFlash Association, with this card being one of the replacement options for the now ageing CF card. The XQD card is larger than SD cards and smaller than CF cards (falling somewhere in the middle of the two in size) and offers some real advantages over the older standard.

Not only are there no pins which can be bent, but the cards can read and write data faster (up to 1000MB per sec) and reach a theoretical limitation of 2 terabytes in capacity. Currently, the XQD cards are mainly being used in Nikon’s higher-end cameras and some other video cameras from Sony. The format has not become widespread at this point, and I do not expect it to do so. (See below to see why I believe this to be true.) 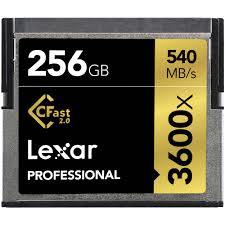 Another card format coming out of the CompactFlash Association is the CFast card. Even though this card starts with the letters CF, and the size is almost identical to CF cards, it is not compatible with CompactFlash based cameras. This is another new card format (like XQD) which offers very fast data transfer rates (up to 600MB per sec) and larger capacities.

And also like the XQD cards, there are no pins which can be bent on these cards. Canon was one of the first camera companies to adopt the CFast cards, first in their XC10 video camera and later in their top-of-the-line Canon 1D X Mark II. Other companies, like Blackmagic Design, have adopted the technology for their video cameras. I currently use the CFast cards in my 1D X Mark II cameras, both for fast buffer clearing, but more for blazing fast downloads to my computers.

Even though the XQD and CFast cards are newer types of memory cards, I think that their days may be numbered. There is a new card format coming which I think might be the future for high-end cameras. This new card format is called… 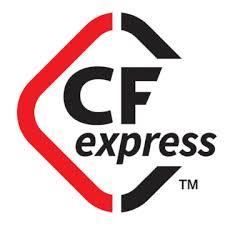 Just like the XQD and CFast formats, CFexpress is a standard proposed by the CompactFlash Association. And like all the predecessors, this card format promises even faster data transfers (anywhere from 2000MB to 8000MB per sec) and larger memory capacities. These newer cards use something called a PCIe 3.0 interface to achieve crazy fast speeds. And what is really intriguing about these cards is that they are the same size as today’s XQD cards.

This means that Nikon could, by changing their camera firmware, allow all their XQD cameras to utilize CFexpress cards. As of today, there are no cameras on the market which use CFexpress. As a Canon photographer, I would love to see Canon and other camera companies adopt this same technology to once again give all of us a common form factor to invest in. Well… it would not be one common form factor since SD is a standard today, but it would be a future standard for higher-end cameras, offering huge bumps in speed and capacity.

Jeff Cable is a world-renowned, five-time Olympic photographer having covered Beijing, Vancouver, London, Sochi and Rio. He is one of the most sought-after presenters and educators in the photography space. You can find out more about Jeff on his website, follow his adventures on his blog, or reach out to him through Facebook. This article was also published here and shared with permission.