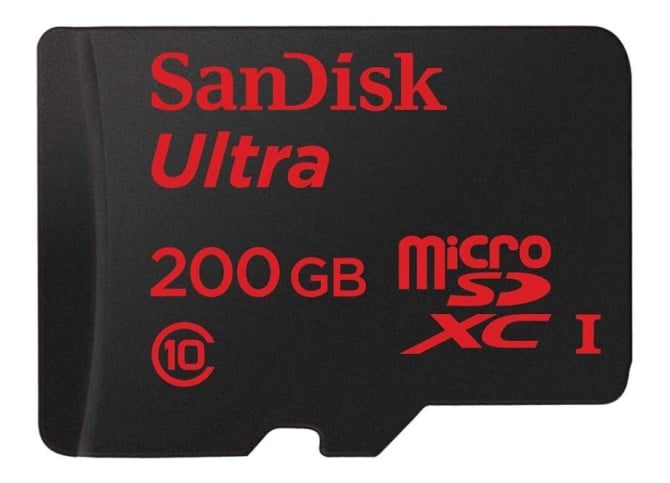 The tiny, fingernail-sized, card can store up to 20 hours of Full HD video and transfer up to 1200 photos a minute.

Up until a few days ago the highest capacity MicroSD card was SanDisk’s 128GB card which was announced last year. Redesigning the technology developed for that card allowed SanDisk to include more bits per die and smash its own record by 56%.

“We continue to push technology boundaries to deliver record-breaking solutions that transform the way consumers use their mobile devices. By focusing on achieving new capacity and speed milestones, we are able to deliver trusted mobile memory solutions that give consumers the freedom to never stop capturing, saving, or sharing – with the benefit of fast speeds to transfer it all quickly”.

A few of the cards key features:

Since the card meets the SDXC specification, SanDisk says that any mobile device currently capable of using a 64GB or 128GB card will be able to enjoy the new 200GB card as well.

The card is described as ideal for Android smartphone and tablet users. Reading what Christopher Chute, the VP in charge of digital imaging at the International Data Corporation, had to say about the market pretty much explains why SanDisk is doing its best to reign over this segment:

SanDisk says the 200GB card will be available in Q2 (so anytime between April and June) for a suggested retail price of $400.

Based on the prices of other SanDisk memory cards I expect the actual price will be significantly lower, though. The 128GB card was announced at an MSRP of $200, for example, and it sells for half that.