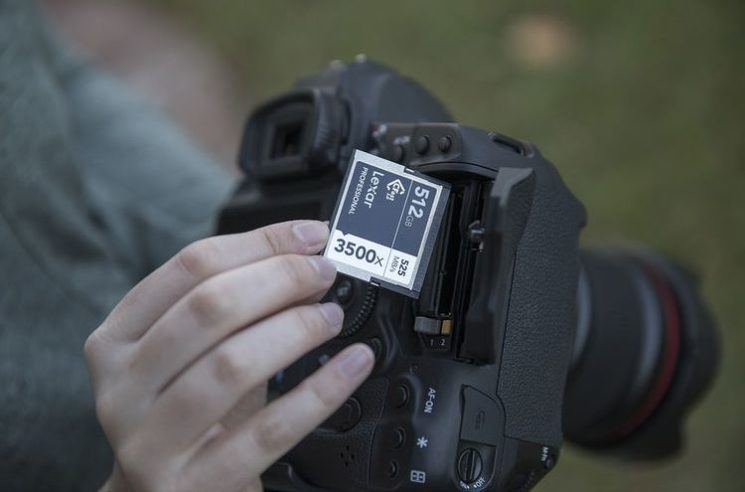 Lexar has launched their latest addition to their line of CFast memory cards, and it’s the largest capacity CFast on the market. It’s Professional 3500x CFast 2.0 and it has 512 GB capacity. It’s the double from their previous CFast model, and currently, there’s no card on the market that beats this capacity. And capacity isn’t only good feature – it has more than just the size.

Apart from being the largest capacity card currently in the market, 3500x doesn’t lack speed, either. The transfer rate on this card reaches a max read speed of 525MB/s, and write speed rate is  445MB/s. Because of its performances in both speed and capacity, this may become the favorite card of 4K shooters.

This card allows you to shoot 4K and store more than 30 minutes of material while shooting 200 fps. Its precedent allowed only 17 minutes before it gets fully filled up, so this one definitely expands your limits and possibilities. Other than this, 3500x is also convenient for all the creatives who shoot in RAW, 4K, burst-mode, time-lapse and other modes that require high capacity and fast transfer speed.

Although this card really gives a lot of possibilities and makes time-lapse or 4K shooting much more comfortable – it’s not cheap. Just like its capacity is whopping – so is its price. You can order it for $1,299.95. As cameras and memory cards advance pretty fast, we can only hope that the price will drop a bit in the future. Still, if you have a high budget and want the mother of all memory cards right now – you can order it here.