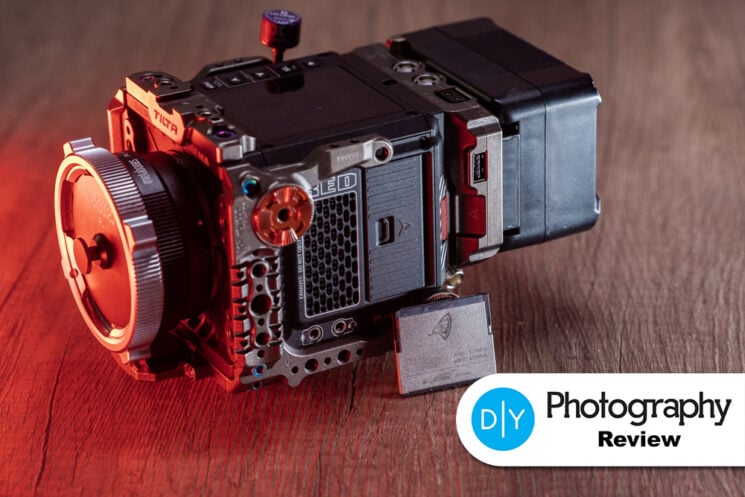 Vaxis has just announced  RED certification for their new Archon series Exascend CFast 2.0 lineup of cards. Vaxis has been having some really great performing products come into the market lately. They are dipping their toes into a completely new market with this card being their first Cfast 2.0 card. With that being said, the standard they set must have been very high considering the certification that comes with it. Also, I’m pretty sure that there is a freaking Komodo on the card- so you know it’s legit.

I know how it feels to be the guinea pig for a new product line of a company. I’ve been in the industry long enough to be in multiple test groups of early adopters. I was even a Sony shooter once upon a time before it was cool, you know… when it was still A-Mount (Minolta). However, you have to do very little digging to see that Vaxis wants a high-quality product. I was interested in seeing who manufactures the memory for them. It’s Exascend. Exascend claims to be an industrial SSD manufacturer. This is very comforting for me to hear since it takes out the “guinea pig” thing we were talking about earlier.

In fact, Exascend is one of the few companies to guarantee an over 400 MB/s write speed. If you have a CFast card already, you will notice that the card probably has a higher number. The problem is that these are “max” numbers – performance under optimal conditions. The minimum number is what will guarantee you the ability to constantly and consistently right.

So why would you buy such an expensive card? Well, for starters probably because your camera can hold it. But besides that obvious reason, manufacturers of high-quality cameras tend to use this card because of its exceptional performance. A CFast card typically writes very fast and reads even faster. Cameras from the $1,300 Pocket 4k to the RED Komodo, to the URSA 12k, to even the Arri Mini Alexa are using CFast 2.0.

CFast cards are essentially mini SSDs. The nice thing about them is that they’re very small, have a durable interface (unlike Compact Flash for example), and they can store a lot of data. They are also rated for incredibly high read AND write speeds. So while your typical “extreme” SD card is a 95 MB/s read (by the way, take note here, it’s only read), the industry standard for CFast is about 500 give or take. All this extra read and write speed is there to handle the enormous amounts of data created by the cameras they are fitted for. For example, 6k Raw from the RED Komodo comes in at 280 MB/s. That means every second weighs in at two-hundred-and-eighty megabytes! To put that into perspective the very popular A7 III is capped at 100 megabits or roughly 12 megabytes per second. Another perspective is about a gigabyte every four seconds, or about 15 gig a minute.

However, these read and write speeds mean nothing if they can’t sustain those speeds. Otherwise, you’d get frames drops.

Our test results showed just how reliable the Vaxis card is. Unfortunately, I don’t have any other 512GB cards. However, I tested my 256GB cards from Angelbird (which are also red approved) and I was disappointed to find out that they lack in write speed reliability. While I haven’t had drop frames issues with the RED and this card, I assume it has something to do with the quality we normally shoot. I’ll have to look more into that. Going back to the Archon, it perfectly matches up with another red approved card. 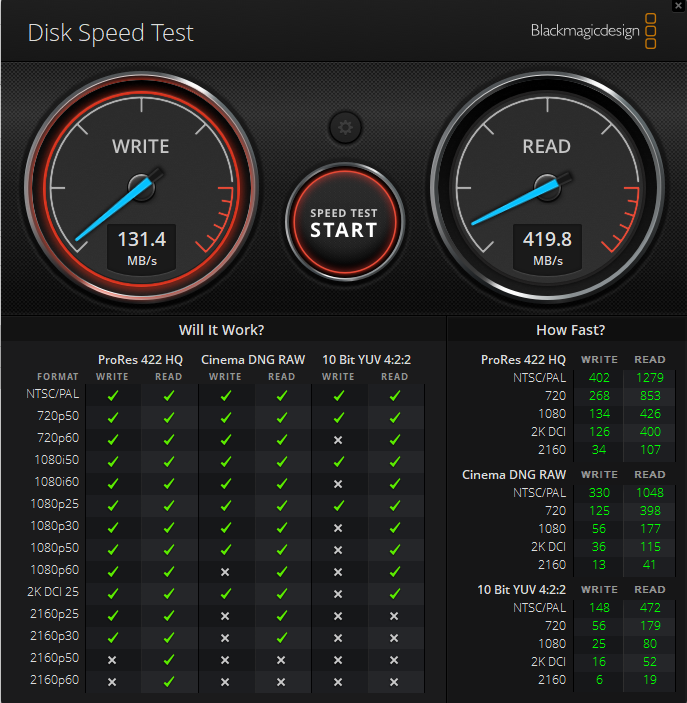 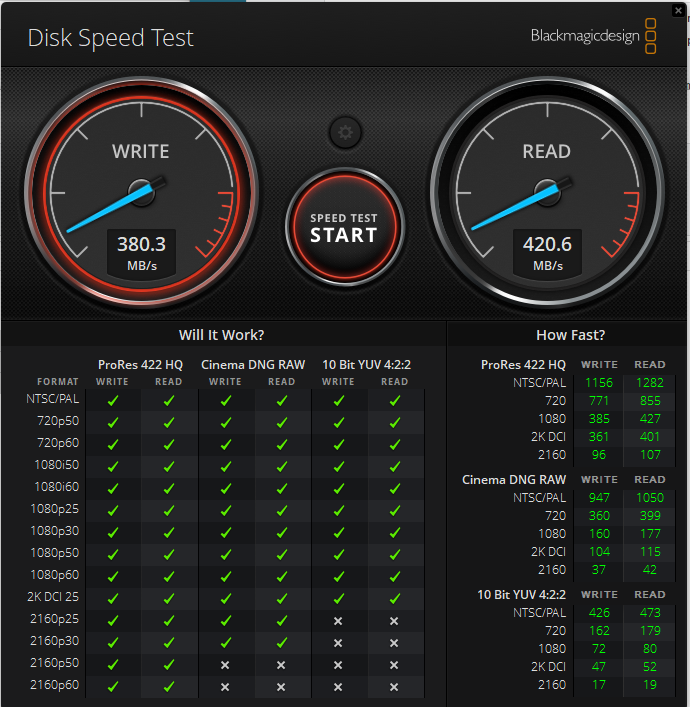 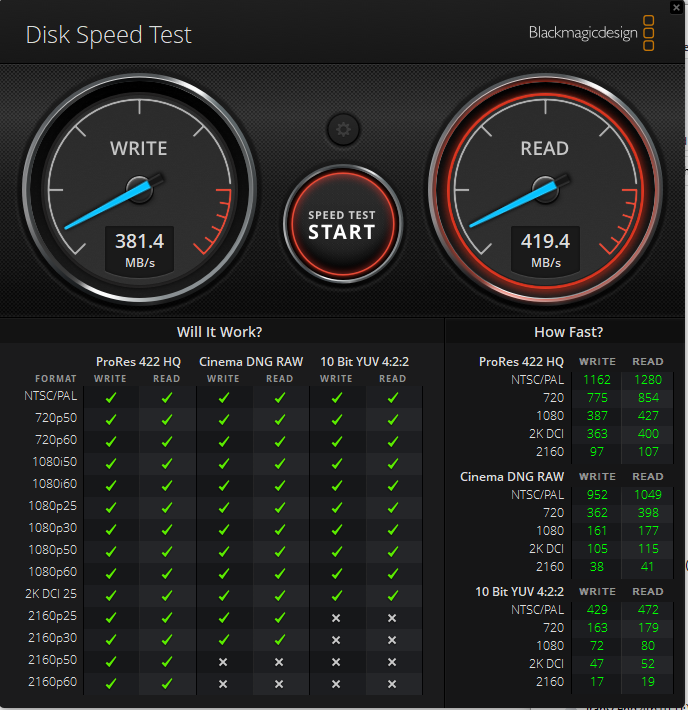 If you have been reading my articles, you know that I always advertise to buy once. Owning a RED tends to teach you this the hard way. If you are courageous enough to venture into the land of unapproved, you will be greeted with hostility. I’m exaggerating (kind of). The point is RED certification is a hard (and costly) thing to obtain, it apparently has extremely rigorous criteria to get certified, and once you do, it requires another level of service. Not all companies can go through the hassle of getting this certification, it doesn’t mean that they aren’t good buys though.

But RED likes to keep things in their ecosystem and under their control. If you insert a card that’s not approved you get a warning that says you should buy and use only approved media. When you’re starting up an important filming day, this isn’t the kind of message you want to be greeted with. 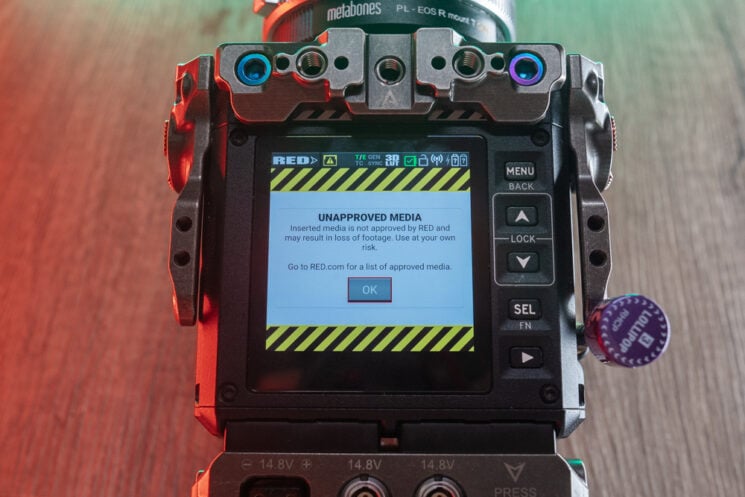 Buying Red approved cards gets you the peace of mind that you will have fewer troubles with the cards down the line. However, in my experience between forums and Facebook groups, people still get errors quite often.

Most Cfast cards get hot, the Archeon is no different.  I used an infrared thermometer to check how hot the card gets after a 30 min recording and it hit 38 C. While that is very to the touch, it’s not unbearable, and it’s also within reasonable use for memory. In contrast, I ran the same test with my 1TB Angelbird, and the card was 36 C.  I don’t think it’s big enough of a difference to worry about. 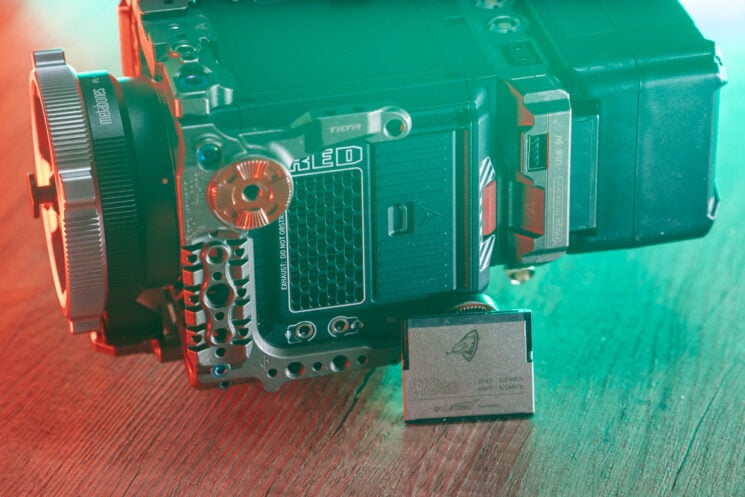 The Archon series Exascend CFast 2.0 is a well-performing card. I was happy to use it on every shoot in the past couple of weeks. Filming on multiple cameras and downloading from multiple card readers. I experienced no errors. I can’t tell you who is providing the secret sauce for the great partnership here, but I can tell you that it works. RED certification doesn’t come at a premium in price. The card sells for $519, which is in the same ballpark as other high-end cards. Just remember when you’re looking to buy a CFast that you need to know what the minimum guaranteed read-write speeds are. At the end of the day, this is what separates a decent card from a great card.

This is what a CFast 2.0 card looks like on the inside