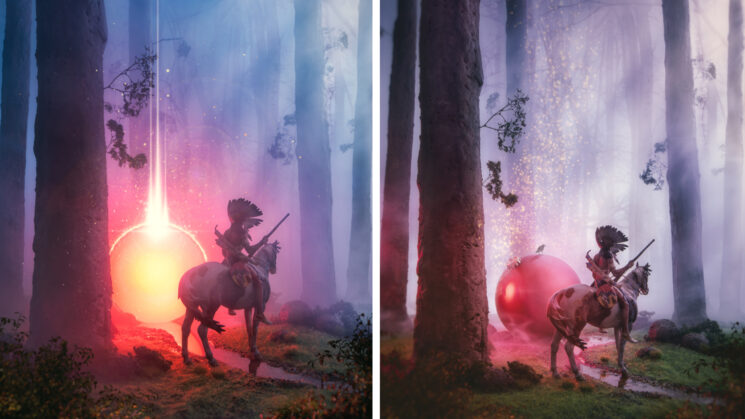 Felix Hernandez (previously) is a photographer who turns his vivid imagination into fantastic images. He brings miniatures and practical effects together, sometimes adds a dash of digital manipulation, and turns imaginary worlds into real photos. Strange Thing in the Forest is his latest creation, and Felix once again tells a story through his stunning miniature photos.

“Imagination and dreams can transport us to fantastic places,” Fenix tells DIYP. “Through them, we can travel in time and witness magical events that occur within our universe.” So, he often relies on his dreams and imagination to create photos. And as far as I’m concerned, it’s a recipe that never fails for him.

Strange Thing in the Forest is an NFT project that Felix did in collaboration with Andrea miniatures. He created two images that tell a simple story in two parts. To create the setup, he used a perfectly detailed piece of sculpture painted by Andrea’s artists. He made a 1/12 scale diorama that brought his imaginary forest to life. He used practical lighting and effects to set the mood and add the atmosphere he wanted in the shots. 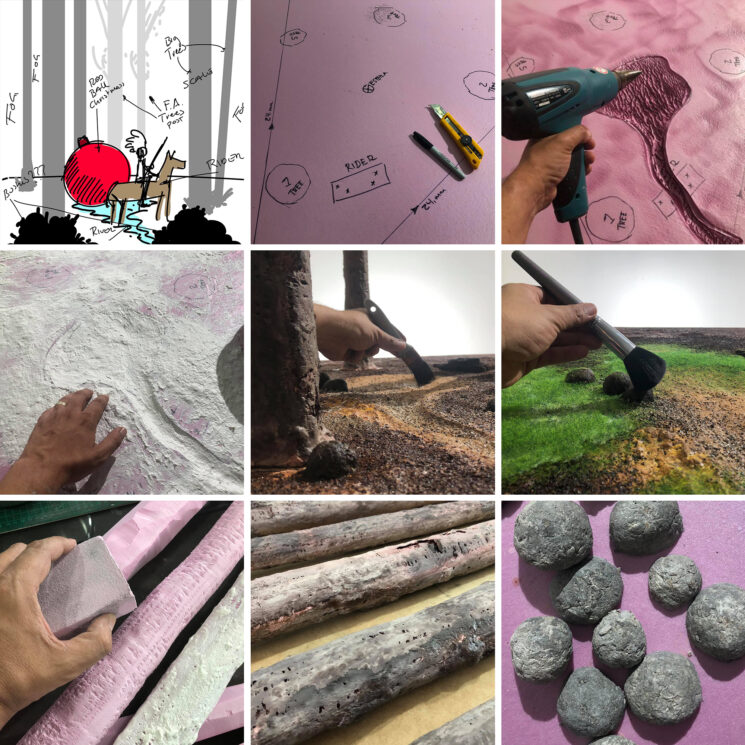 While the scene is built almost entirely to scale, Felix finished it off with a few digital effects. This allowed him to create a greater depth and to complement the lighting effects. It was also necessary for the animation since the two still images were also turned into cinemagraphs.

Speaking of these cinemagraphs, they were turned into the NFT’s which are available for auction with the gallery Foundation. 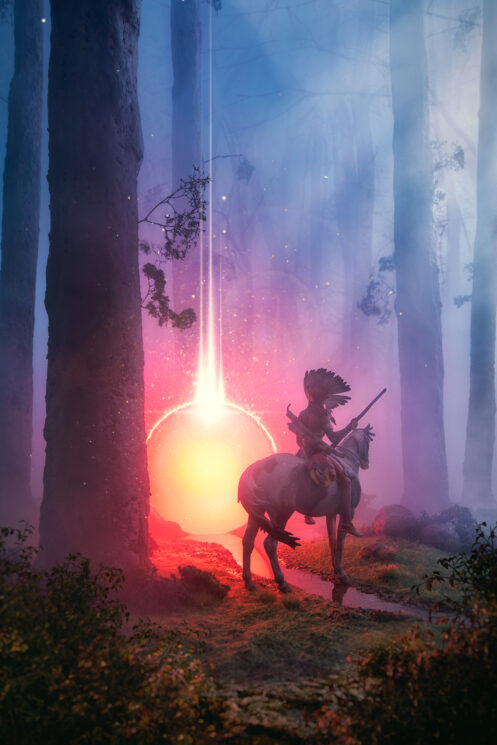 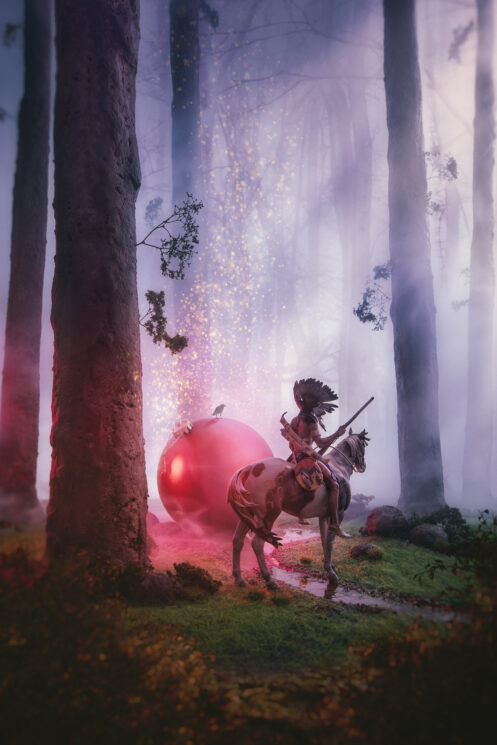 Here is the story behind the photos:

… And as I was returning home through the forest, I came across a great light that looked like the sun emerging from a small river.

The mist became intense and I felt cold.

… and when the lights dissipated from that strange object, the mist did as well.

A raven over a large red sphere was revealed before my eyes and I felt that it was the beginning of the end of everything. 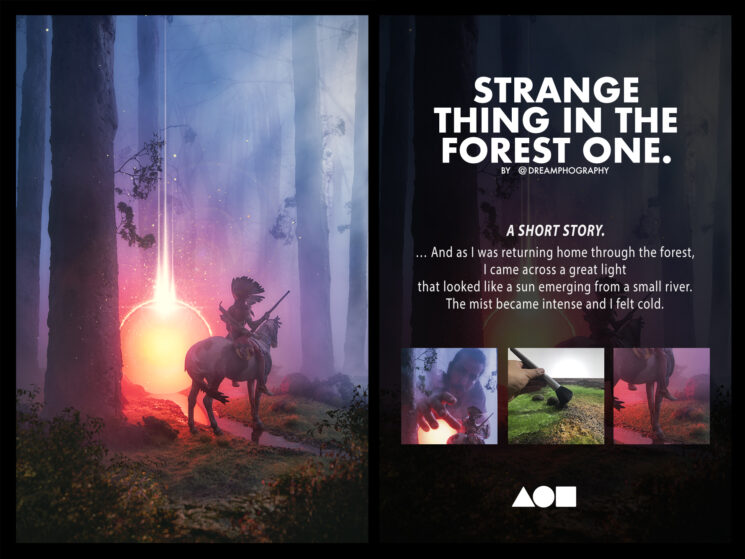 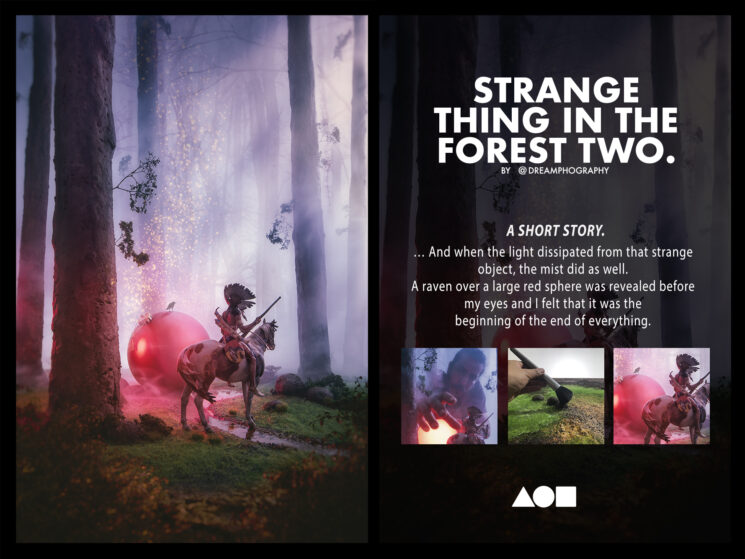 Take a look at BTS and detail photos below, and make sure to check out more of Felix’s work on his website and Instagram. 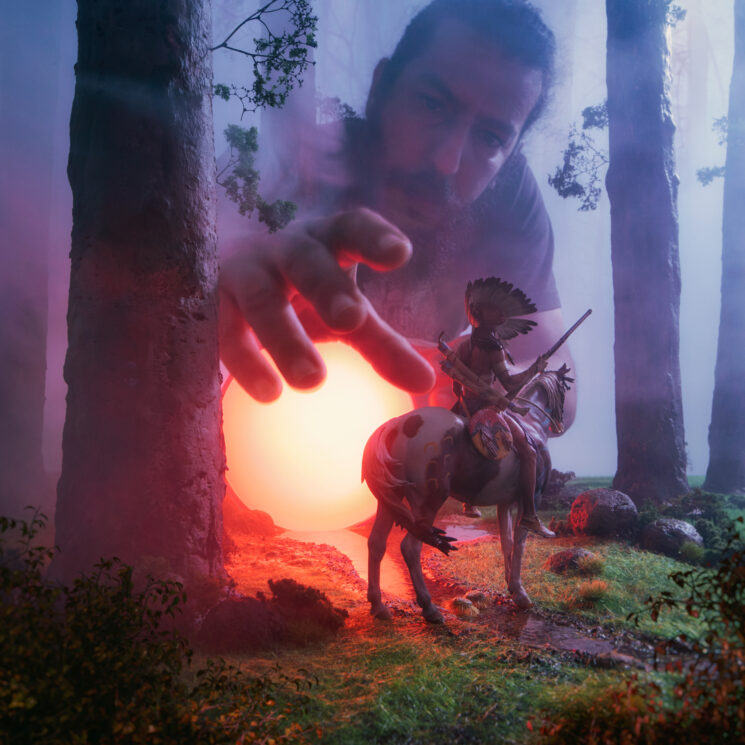 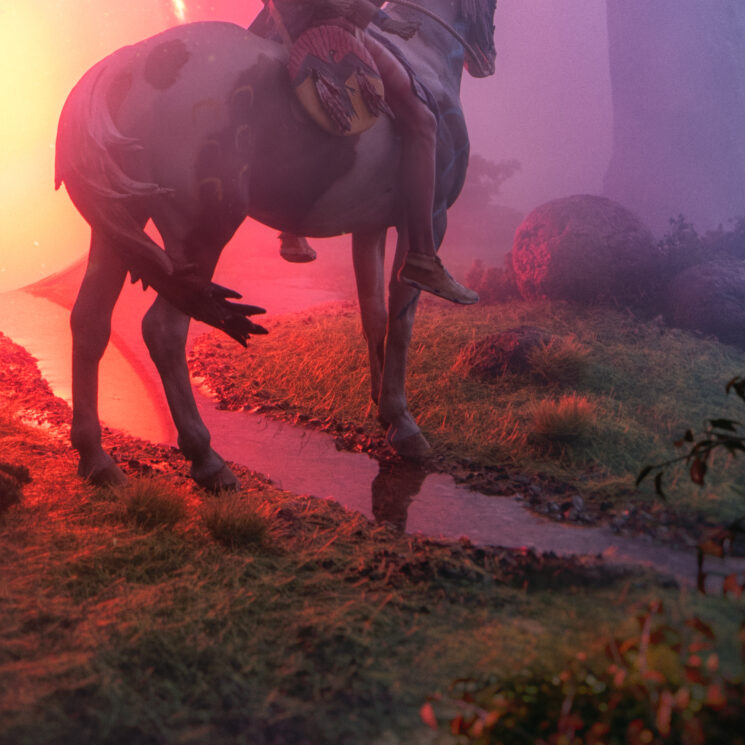 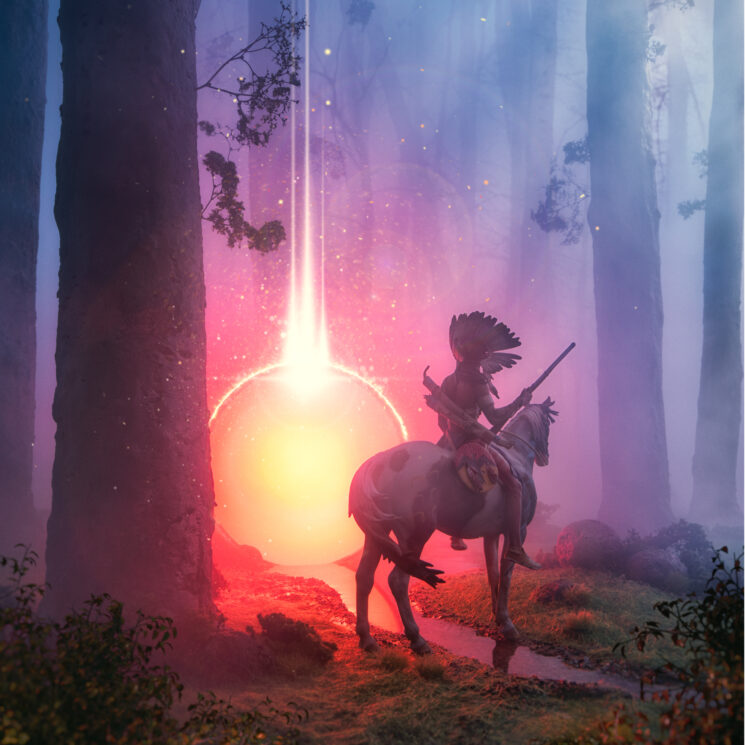 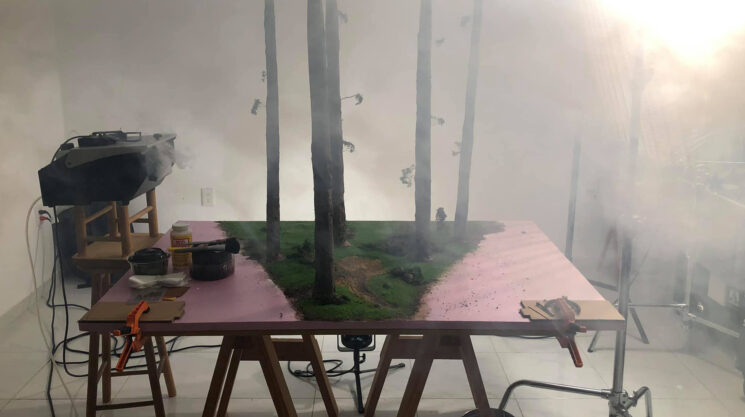 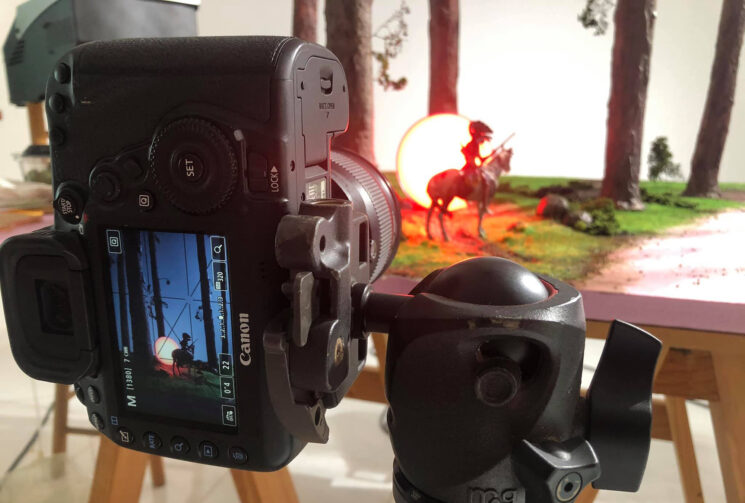 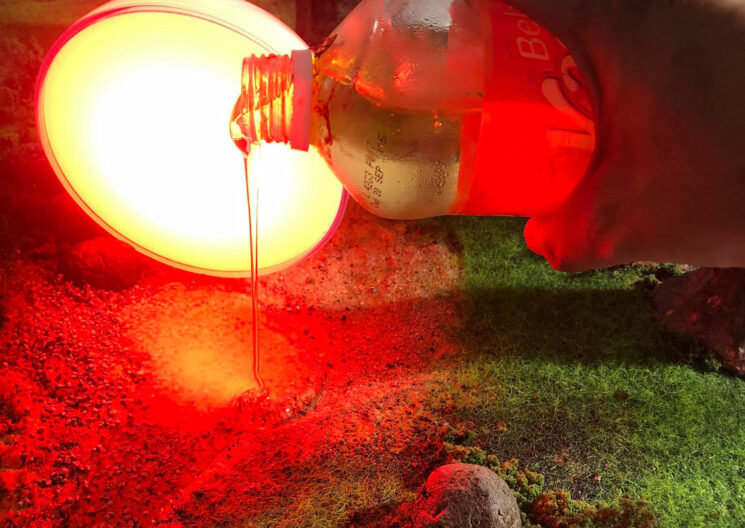 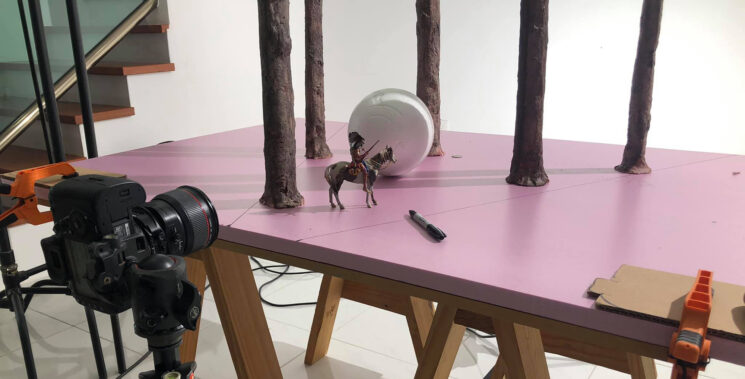