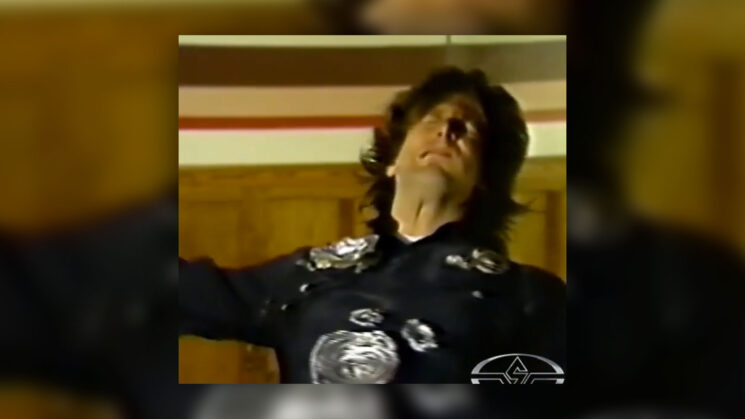 When 1991’s Terminator 2 was first released, it was an effects marvel, in terms of both Special Effects and Visual Effects. The two terms are essentially differentiated by their use of computer graphics, and Terminator 2 was pretty groundbreaking in terms of the latter. But it still contained a lot of practical effects – and that included the bullet hits on the mimetic polyalloy (“liquid metal”) T-1000 Terminator, portrayed by Robert Patrick.

A recent post to the Stan Winston School Instagram account recently shared a behind the scenes clip along with an excerpt from The Winston Effect: The Art and History of Stan Winston Studio by Jody Duncan. It demonstrates and explains how the bullet impacts were created using “vacumetalized” latex, foam and a spring-loaded mechanism triggered by an RC controller.

There was, undoubtedly some CG when those “bullet wounds” seemed to magically heal back up, but for the impacts themselves, they were done entirely as a practical effect that took a lot of testing and planning to get a perfect execution on screen. And perfect they were, with the impacts appearing to look far more realistic than the CG healing sequences!

Terminator 2 also played a big hand in the early days of Adobe Photoshop. ILM employee, John Knoll teamed up with his brother Thomas, a PhD student at the University of Michigan to come up with a new piece of software that could edit the graphics of the movie and resolve some CG issues. That new piece of software was to become known as Photoshop 1.0.

Even now, I think bullet wounds like these on a running moving subject would be difficult to pull off realistically. Certainly not impossible, but definitely difficult. Chances are, rather than just mapping the fake bullet impacts onto footage of a real person, they’d just replace the entire subject with a CG human.

Here’s how to combine practical effects with CGI in videos