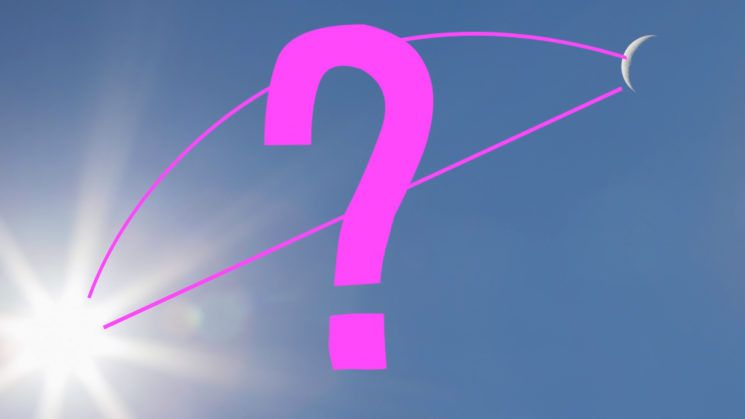 And no, the Moon Terminator is nothing to do with Arnold. The “terminator” in this case is the line between the lit and dark sides of the moon. During those times when the moon and the sun are in the sky together, there’s something odd about it. The line defining the lit side of the moon doesn’t line up with the sun, the thing that’s lighting it.

This video from YouTuber Vsauce attempts to explain the phenomenon of the Moon Terminator illusion. A camera is used to explain some of the various principles involved. It’s well worth watching, as it also goes some way towards also explaining some of the issues photographers hit regularly. Understanding the causes of them can help us to resolve them.

Essentially it’s a matter of context and perspective. And it’s a phenomenon that’s relatively unique to the sun & moon combination. We don’t often see similar such effects here on the ground, because there are plenty of other things in the environment to provide context.

If you look up to the sky and see the moon and the sun, the distances are just mind boggling. They’re not the kind of range we’re used to dealing with. They appear to be about the same distance from us, when they’re not even close. The moon, for example, is an average of around 239,000 miles away. The sun, on the other hand, is 93 million miles away. But our brains just can’t wrap themselves around it because there’s nothing else in the sky to provide context. Even if there were, things would be so far away from us anyway, that we wouldn’t notice the parallax effect.

In a way, it’s similar to the way forced perspective works, although naturally instead of by design. We see the technique commonly in movies. It’s how Sir Ian McKellen’s larger-than-life Gandalf towers over Elijah Woods’ Frodo in Lord of the Rings. And it pops up in photography, too. 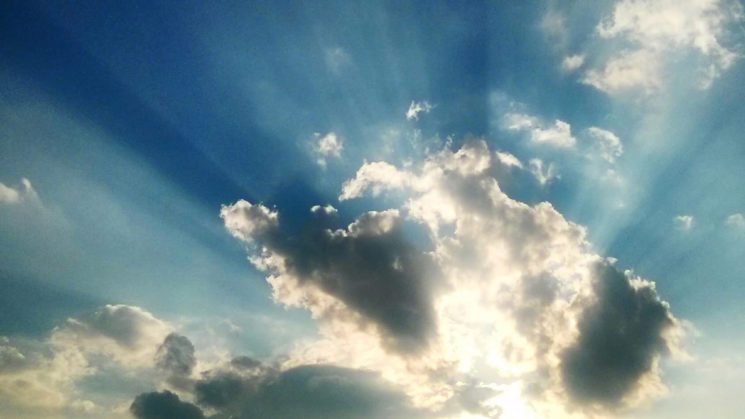 It’s also why the crepuscular rays (commonly known as “God rays”) seen through clouds also appear to spray off to the sides, suggesting that the sun is much closer than it really is. When, in reality, these lines are actually quite parallel. They just cover such vast distances, that from our vantage point on the earth, they appear to come together to a point. Like train tracks in the distance coming together. 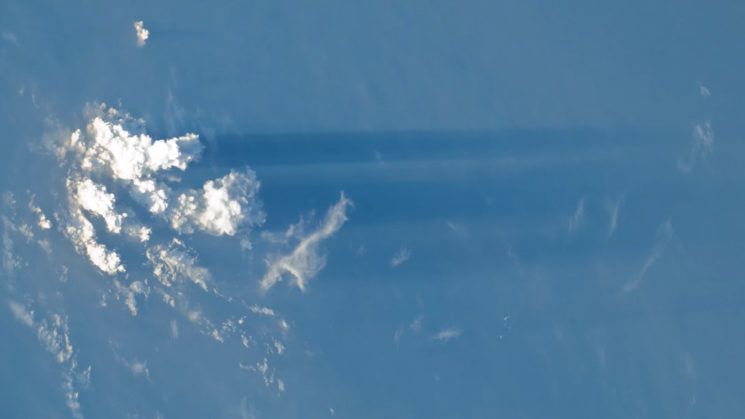 As I said earlier, it’s all a matter of perspective and context. But it’s a very cool phenomenon. The principles are ones that we can use to our advantage for photography when understood. Here’s another example, using an image I’ve seen online many times over the years to illustrate perspective. 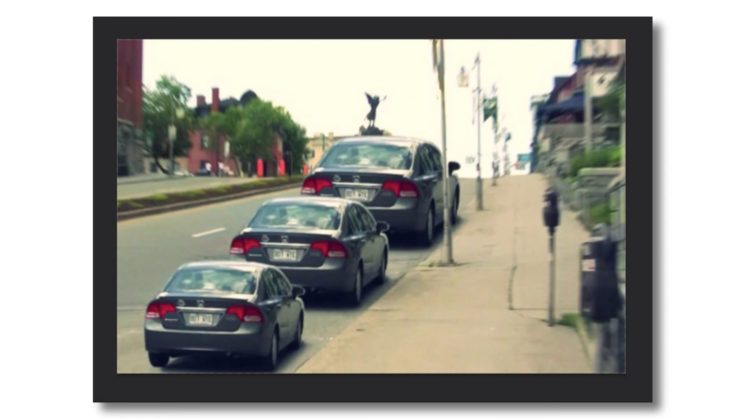 The three cars by themselves on a plain background would immediately and obviously appear to be identical in size. But when you add them in the context of the street, getting smaller as it gets further from the view, the car furthest from the camera appears huge in comparison to the tiny toy car closest to the camera. But, they’re still all the exact same size.

To further reinforce the idea of perspective, he does one of my favourite demonstrations. The difference between zooming and moving. It demonstrates why I think “zooming with your feet” is the dumbest phrase in the world of photography.

I’m fascinated by the science and physics of light and illusions such as these. I don’t understand half of it, but it fascinates me all the same. The video above goes through a whole lot of different examples and principles to explain the phenomenon, so you might want to watch this one a few times before it gets through.

And, do try out some of his demonstrations for yourself with your own camera.

They tell you “art doesn’t pay.” This is why they’re wrong