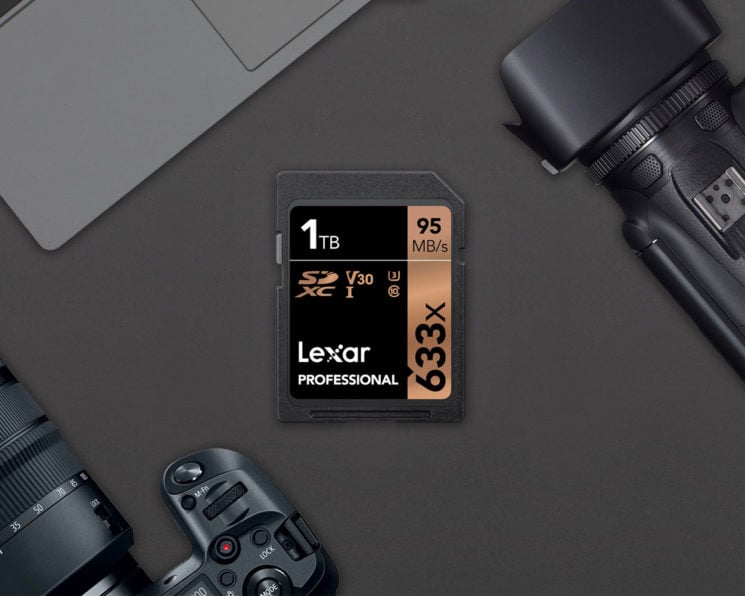 Although there have been some announcements of 1TB memory cards, Lexar seems to have beat them all. The company has released the world’s first 1TB SDXC memory card and it’s officially the first one actually available in the market.

Lexar Professional 1TB 633x SDHC/SDXC UHS-I card is capable of read speed of up to 633x (95 MB/s) and up to 70MB/s write speed. It’s speed rated at class 10 and with a video recording speed class of V30. This memory card is aimed both at both photographers and videographers, but I believe it will make your life easier particularly if you make 4K videos or timelapse.

The concept of 1TB SD card isn’t at all new. The first one was announced back in 2016 by SanDisk, but it never became available for orders. Similarly, ProGrade’s announced a 1TB CFexpress card (the XQD replacement). It also hasn’t been released, considering that nothing actually supports CFexpress yet. Although, the Nikon Z6 and Z7 soon will. Interestingly enough, Lexar brand was discontinued by its parent company Micron in 2017. It was later sold to Chinese flash storage company Longsys, which revived the brand in 2018.

Lexar set the price of $500 for its 1TB SD card, which makes it more expensive than two 512 GB SD cards. I guess you pay more for the convenience, and I guess it’s worth the extra investment in some cases. However, the card is also available for preorders on B&H, where it costs $400.