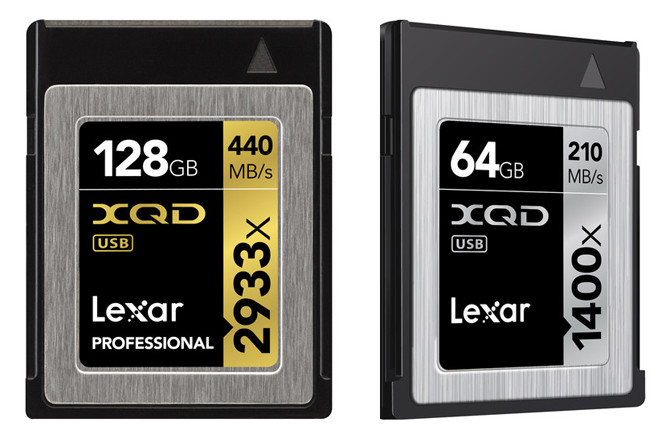 Lexar announced two new XQD 2.0 memory cards, one of which is the fastest XQD on the market, and a dedicated card reader.

Nikon, the only DSLR manufacturer who uses XQD cards, is happy and hints the company will continue to use this technology.

Lexar first announced it will produce XQD memory cards in July, 2012. Six months later, and one year after the release of the Nikon D4, the company released its first XQD cards – two x1100 cards with 32GB and 64GB capacities.

The new 2933x card will also be available in 128GB capacity:

“We are happy to see Lexar’s XQD 2.0 memory card announcement, as it signifies their commitment to supporting the evolution of this important technology,” said Nikon’s department manager of product planning, Hiroyuki Ikegami. “We expect our camera technology to continue alongside these very same evolutions, and along with the new Lexar XQD 2.0 card and reader line, we look forward to watching the XQD host device market grow and thrive.”

Nikon’s D4s is the only current DSLR which uses the XQD memory card. Despite introducing the highest resolution DSLRs to date, Canon has not opted to using this format and doesn’t show any signs of doing so either. The rumored specs of the upcoming 1D X Mark II claim the camera will be capable of shooting 4K video at 60fps, and while this would be a perfect candidate for the new XQD cards, Canon is said to have chosen to go with a CFast card instead.

Several HD camcorders on the other hands have adopted the format, but not necessarily enough of them in order for it to survive.

As I said, XQD is still kicking. The question is if it’s kicking its way up or if these are just kicking spasms of a dying format?

« Sony’s New RX1R II Is A 42.4MP Full Frame Camera With World’S First Optical Variable Low-Pass Filter
Contest: Use our free resources to Create a killer photo and win $250 To spend in our store »