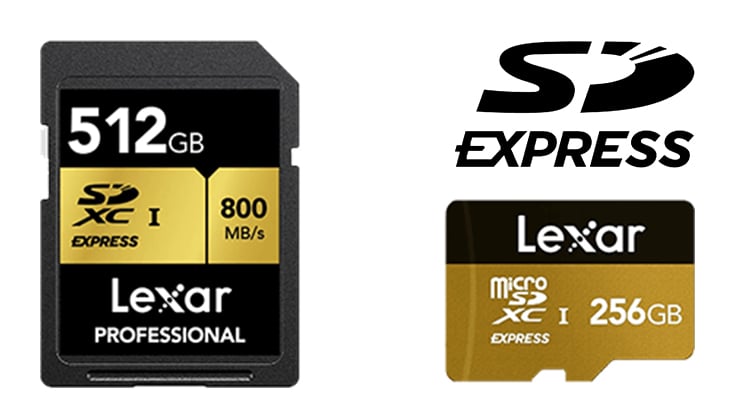 Lexar has today announced that they’re expanding their memory card range with the new SD Express format. The SD Express 8.0 specification was first announced last May, expanding the initial SD Express 7.0 standard of 2018, promising speeds up to 4GB/sec. Lexar’s cards aren’t going to be quite that fast, though.

According to a press release, Lexar says the new SD Express cards will offer write speeds of up to 410MB/sec and read speeds of up to 824MB/sec. This falls quite shy of 4GB/sec, and slower than most CFexpress cards the market today. Of course, the speeds only matter if hardware actually requires it. And right now, there are no devices that use SD Express. 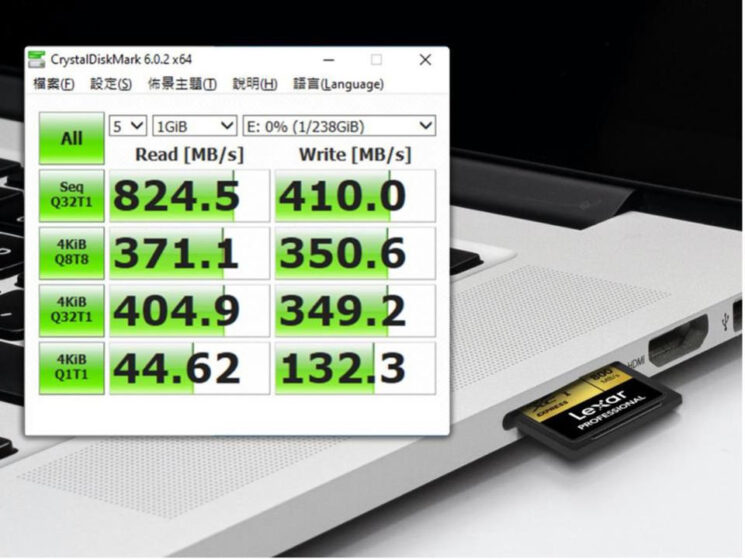 The announcement from Lexar says that they are working with device manufacturers to produce host devices for the new format, and plans to launch the cards on sale at some point during 2022. And while the Lexar does say that the new cards utilise PCI Express (PCIe) 4.0, as per the SD Express 8.0 spec, it seems to be closer to the SD Express 7.0 speeds.

They’ll also be releasing microSD Express cards, too. Both are drop-in replacements for the SD cards we use today and should be backwards compatible – but only to a degree, according to the official specs from the SD Association. You can use it in your camera, but if you’re using them in a UHS-II device, you’re not going to get anywhere near UHS-II speeds. You’re actually going to get the usual 104MB/sec limitation of UHS-I. 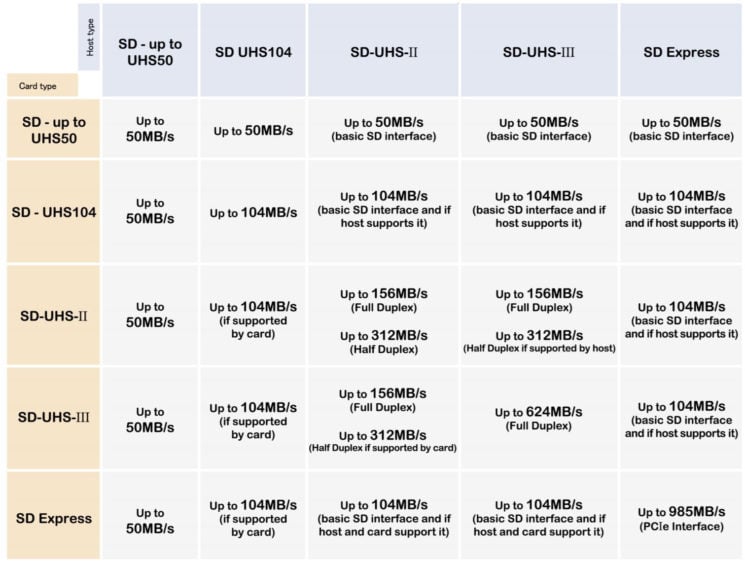 So, even when the new SD Express cards are released, you won’t want to go throwing all your UHS-II cards away if you’ve still got cameras with UHS-II slots. You’ll still want to hold onto them if you need those fast transfer speeds for high bitrate video or clearing out the buffer for high FPS continuous shooting of stills. The same goes the other way, too. Using a UHS-II card in an SD Express device will limit you to UHS-I speeds. So, when those SD Express devices do appear, you’ll be forced to step up to SD Express to take advantage of the speed improvements of newer devices.

As well as regular-sized SD Express cards with capacities up to 512GB, Lexar also plans to release microSD Express cards with capacities up to 256GB. I’d be curious to see how many companies adopt microSD Express, given that UHS-II microSD cards have been a thing for a couple of years now and there still aren’t any actual cameras (or any devices?) out there that can utilise the speed except for the UHS-II microSD card readers made by the same manufacturers.

As an aside, I’m quite disappointed we still haven’t seen UHS-II microSD support from Insta360 or similar cameras for high bitrate 360° footage, especially when resolutions are at 5.7K and 8K as standard for compact handheld 360° cameras now. Although Lexar does specifically call out “360-degree applications” as one of the targets for their new SD Express cards along with 8K video capture, RAW photo capture, automotive storage and multi-channel IOT devices. So, we’ll see.

Well, we will see in 2022, because that’s when Lexar plans to actually release the cards. It also means that it’ll be at least 2022 before we see devices coming that can utilise the speeds.