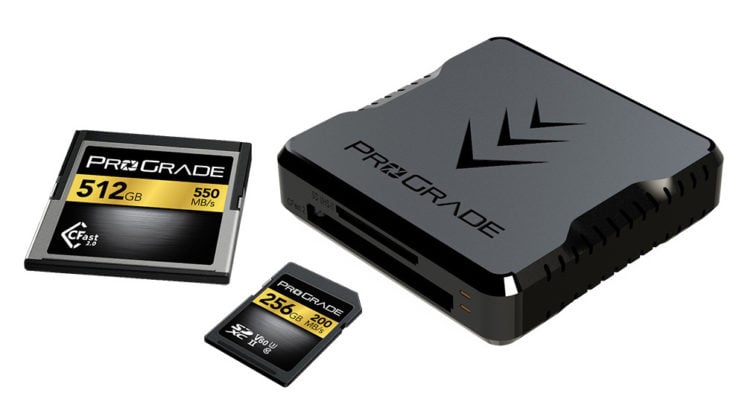 When Micron announced they were quitting the Lexar brand last year, it came as quite a shock. Many long-time Lexar fans were worried about where their future memory cards would be coming from. A short time later, the Lexar brand was acquired by Longsys, a Chinese manufacturer of flash storage. Very little seems to have happened in Lexar’s story since then, though, except for the continued production of Lexar XQD cards.

Now, though, it seems a new company, sort of, is entering the fray. ProGrade Digital is a new brand of professional grade memory cards and card readers aimed at photographers. But while this is a new company, they aren’t newcomers to the memory card game. It’s being headed up by a team of former Lexar and SanDisk executives and senior management.

The ProGrade range is kicking off with a set of CFast 2.0 and UHS-II SC cards, along with a new dual slot CFast/SD card reader. Designed for very demanding users who need the fastest speeds and top quality durability, each memory card comes with a three-year warranty. The new card reader also comes with a two-year warranty.

The ProGrade UHS-II SD cards, they say in an interview with Imaging Resource, are a balance between price and performance. They offer up to 200MB/sec read speeds, with write speeds of up to 55MB/sec on all three cards. Given the demands for recent DSLRs and mirrorless cameras, especially those with high bitrate video, this should easily meet the needs that the owners of such cameras will have but keep them at a price that’s competitive. The 64GB, 128GB and 256GB ProGrade UHS-II SDXC cards will be $54.99, $94.99 and $189.99 respectively.

Along with the new cards comes a new card reader.  This dual CFast & SD card reader offers a Type-C connection, with USB 3.0 Gen 2 transfer speeds of up to 10GB/sec. The underside of the card reader is magnetised, offering firm connection to laptops and desktop cases, which is a nice touch. It comes supplied with two 18″ USB cables, one is Type-C to Type-C and the other is a Type-A to Type-C cable for those who still run systems with the more traditional USB sockets. The CFast & SD dual card reader will cost $79.99. 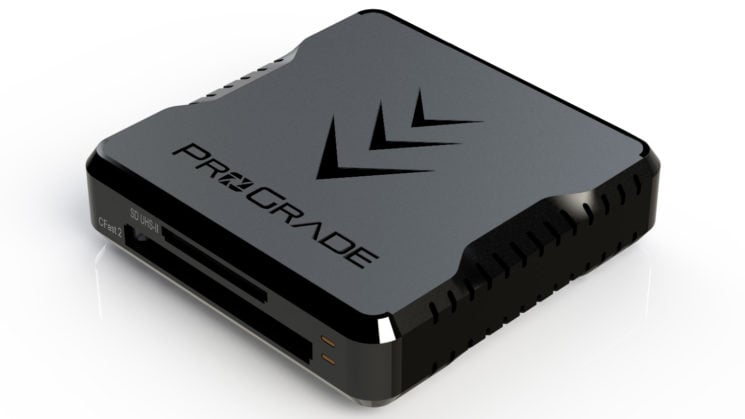 As with the cards themselves, the card reader is centred on performance. Full data speeds are supported while transferring from two memory cards simultaneously. So, if you’re shooting multiple cameras, you can offload all those images and video footage at the same time.

The card reader and all capacities of CFast 2.0 and UHS-II SDXC should be available to order sometime this month from the usual places. For now, you can find out more on the ProGrade Digital website.

« Swiss skier crashes into photographers at the Winter Olympics
Photographer hires Nigerian scammer to be a documentary filmmaker, and the results are beautiful »