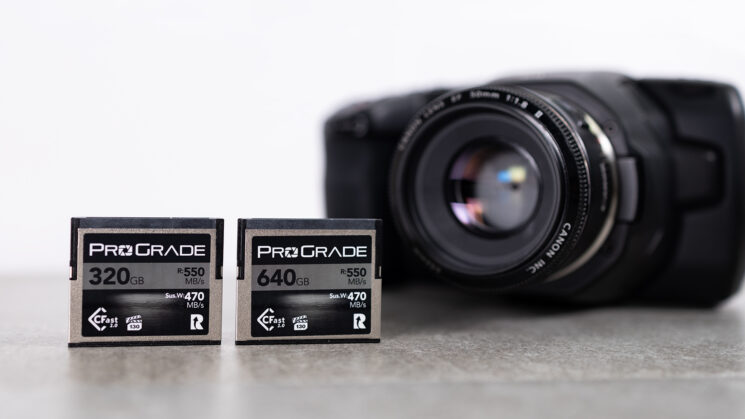 I bet you all thought CFast 2.0 was a dead format, huh? Yeah, me too. But there are still plenty of devices out there on the market that use CFast 2.0, like the Blackmagic Pocket 4K or the XDynamics Evolve 2 drone (review here) so there’s still a need for the cards. They may have been more difficult to get as manufacturers drop them from their lineup in favour of CFexpress, ProGrade is here to help.

They’ve today announced their new 320GB and 640GB CFast 2.0 Cobalt series memory cards. They offer maximum read speeds of up to 550MB/sec with minimum sustained write speeds up to  470MB/sec and burst write speeds up to 520MB/sec. More than plenty for the needs of pretty much all cameras that still use CFast 2.0.

ProGrade says that the new CFast 2.0 320GB and 640GB Cobalt cards contain optimised controllers specifically designed for use in high end cameras. They feature error correction to detect and correct any read and write data transfer errors with wear-levelling for maximum integrity and as long a life as possible. They also boast tough shock proofing and X-Ray proofing – although all memory cards should be X-Ray proof, to be fair – with operating temperatures ranging from 0-70°C.

As with all ProGrade memory cards, the new CFast 2.0 Cobalt cards are laser etched with a unique serial number. This allows the company to perform quick compatibility checks to make sure the card you’re using is designed for the device you want to use it in, and gives a full history of the card’s capabilities and manufacturing process in the event of after-sales support requirements. And all cards come with a 3-year manufacturer warranty. 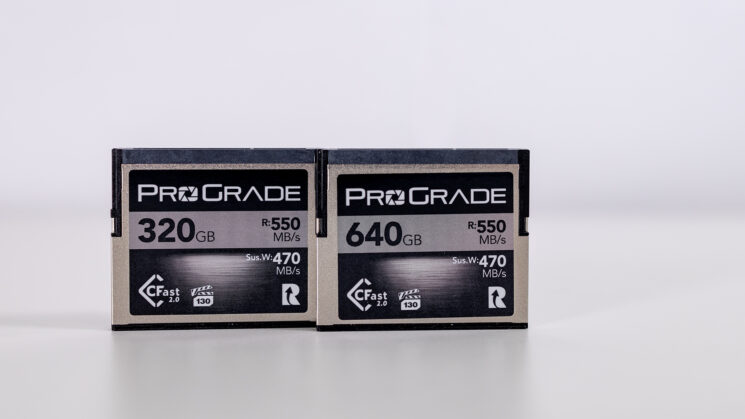 The new cards will likely be available to pre-order soon from the usual retailers, with the 320GB card priced at $329.99 and the 640GB at $599.99. Shipping is expected to begin in late December.

Are you still using devices that use CFast 2.0 memory cards?