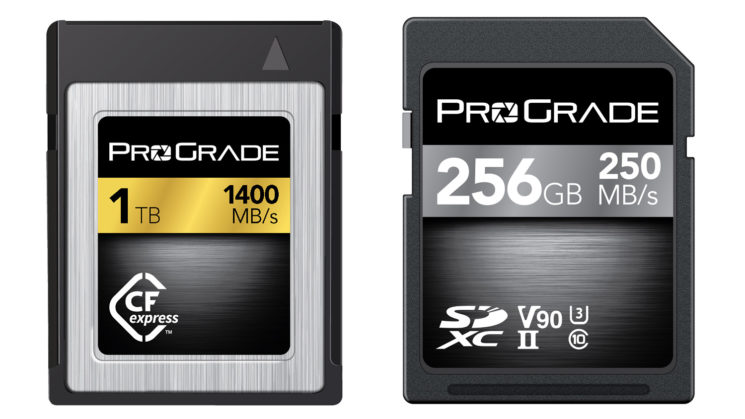 It seems that ProGrade Digital really isn’t messing around here. Early last month, they said they were going to skip XQD in favour of its next-generation replacement, CFexpress. Today, ProGrade Digital announces a new 1TB CFexpress card capable of transfer speeds up to a whopping 1.4GB/sec. Also announced today are three new 64GB, 128GB and 256GB UHS-II SDXC cards aimed at video shooters with write speeds up to 200MB/sec. 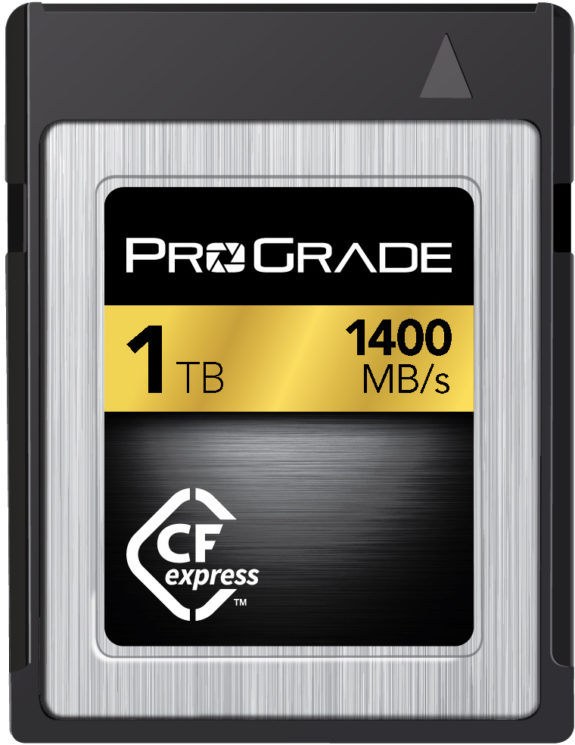 The largest XQD cards currently available is Sony’s 256GB XQD G Series card. ProGrade Digital’s new announcement absolutely hammers not only that card’s capacity, but also its transfer speed. With the Sony having read & write speeds of 440MB/sec and 400MB/sec respectively, it pales in comparison to the ProGrade Digital CFexpress with 1000MB/sec write and 1400MB/sec read speeds.

The CFexpress standard has been evolving for several years within the CompactFlash Association as a successor to both CFast™ and XQD™ formats. We are pleased to be working within the CFA and aside device manufacturers to bring to market this next generation removable storage standard.

Industry adoption of CFexpress will allow for much higher resolution and higher bit rate image capture than ever before in many still image and video capture devices. Faster offload speeds will also greatly benefit the post-capture workflow through the extremely high read speeds it provides.

While CFexpress is technically a drop-in replacement for XQD, it will require that hardware manufacturers update their firmware to support it. So, if you’re shooting a Nikon DSLR or a video camera that currently uses XQD, you might have to wait a little while before you can utilise CFexpress.

There’s no word on cost yet, or exactly when the new card will be released, not that it really matters until there are devices out there to support it. But it is currently being demonstrated at NAB 2018 in Las Vegas this week. 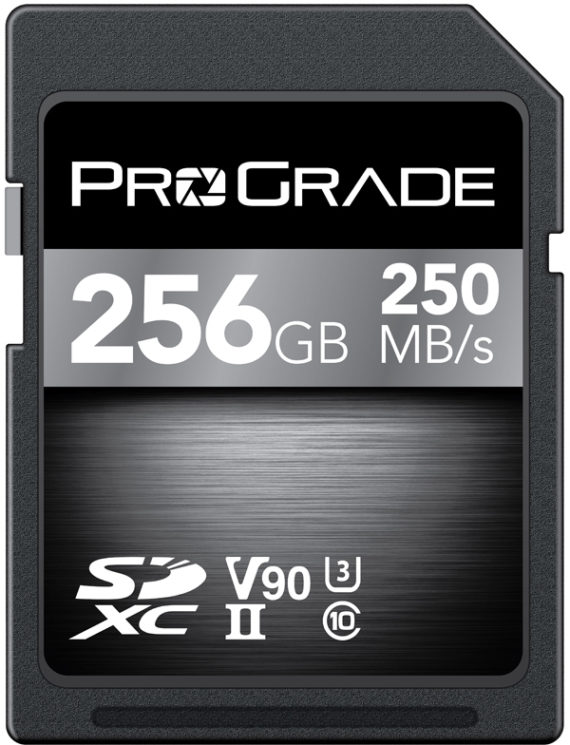 Also announced today is a trio of new V90 SDXC cards for video shooters. Available in 64GB, 128GB and 256GB capacities, the cards are priced at $99.99, $189.99 and $379.99 respectively. Being designed specifically for video, the V90 spec requires a minimum sustained write speed of 90MB/sec. The cards offer a maximum write speed of up to 200MB/sec and a maximum read speed of up to 250MB/sec.

ProGrade Digital recommend these cards specifically for use with the Panasonic GH5S, Panasonic AU-EVA1, the Canon Cinema EOS line and the Canon 5D Mark IV – of course, they’ll work in other cameras, too. They’re optimised for 6K, 4K, UHD, Full HD, and will satisfy the needs of most current codecs.