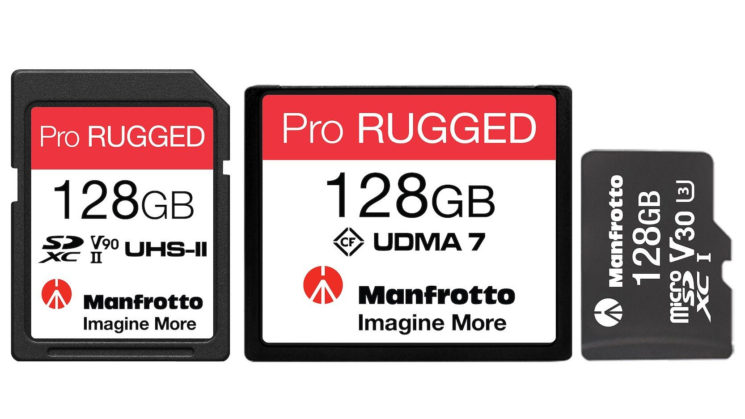 Well, this is a surprise. Manfrotto has entered the world of memory cards. And they’ve done it with UHS-II V90 SD cards, V30 microSD cards, and UDMA7 CompactFlash. They’re called Pro RUGGED memory cards, and Manfrotto says that they are “the toughest memory cards on the market” for professionals.

Although unexpected, the launch of SD and microSD cards makes some sense, but the CompactFlash is an odd choice when everybody else seems to be piling onto the CFexpress bandwagon right now.

All three types of cards come in 64GB and 128GB flavours, but they don’t all offer the same specifications when it comes to speed. All of them are also extremely rugged, with the SD and microSD cards also advertised as being waterproof (although, most SD cards can handle a spin cycle or two).

It’s an interesting move for Manfrotto, and they’re the last people I would have expected to start producing memory cards – assuming they are producing them, and not rebranding somebody else’s. It’s particularly surprising to see that they’re not focusing on CFexpress.