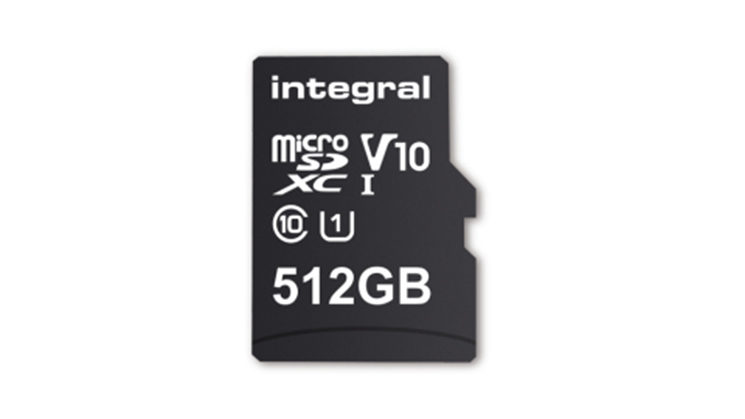 Integral Memory has introduced a MicroSD card that breaks the records. It packs 512GB of storage, and for now, it’s the largest-capacity MicroSD card in the market.

The maximum read speed of Integral memory’s new card is 80MB/s and the minimum write speed is 10MB/s. It meets the Video Speed Class 10 (V10) standard for video transfer rates: it ensures fast data transfer and the capture of Full HD video on various devices.

To be fair, most photographers are doing just fine with smaller memory cards, both in their phones and cameras. The 512GB memory card is intended primarily for mobile devices and users’ growing need for storage space. As the video resolution of smartphones is increasing, so is their size. Therefore, I believe a card this big can be useful for video-makers.

So far, the record-holder was SanDisk’s 400GB memory card. Three years ago, Microdia announced world’s first 512GB MicroSD card, but it seems they don’t have in in the store any longer. Therefore, Integral Memory’s new card is the largest one at the moment. There is no word on the price yet, but we will find it out in February current year when the card is set to be launched.

« I’ve been sharing my photography for free on Unsplash for the past 4 years, here’s what I found
The latest Photoshop update lets you select subjects with just one click »