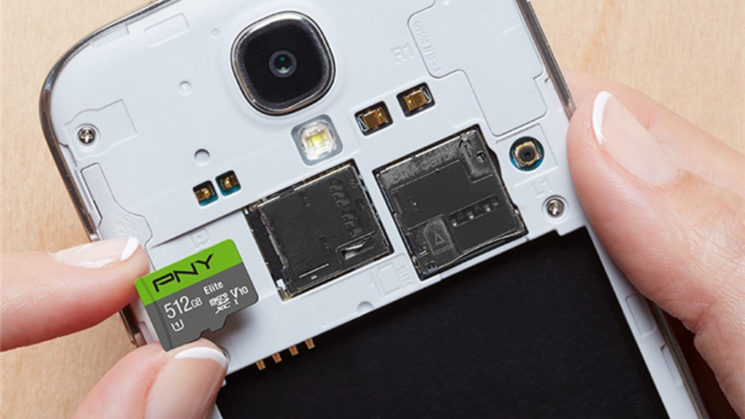 It looks like more companies are coming to steal SanDisk’s thunder. Along with Integral, who in January announced their 512GB microSDXC card, PNY now joins the ranks by announcing a 512GB microSD of their own. The new PNY 512GB Elite microSDXC.

There are many reports out there claiming that PNY is the first to bring a 512GB microSD card to market, but they’re not. This one isn’t for sale yet, and Integral’s has been out for a while now.

Priced at $349, the PNY 512GB Elite is substantially more expensive than the similar speed SanDisk Ultra 400GB microSDCX, which is currently available for around $195. Although not quite as expensive as the Integral, which is currently available for around £295 (~$393) in the UK. As far as absolute speed, the PNY seems to sit somewhere in between the two. At 90MB/sec, it’s a little faster than Integral’s 80MB/sec, but not quite as fast as SanDisk’s 100MB/sec.

All three cards are UHS-I, U1 cards with a Class 10 and V10 speed specification. What is interesting, though, is that neither the PNY nor Integral cards carry the A1 certification for application performance in a mobile device. The SanDisk does. Although, this may not be an issue for such uses as action cameras and drones if they aren’t too demanding on card write speeds – a spec which hasn’t been mentioned on the PNY website yet. 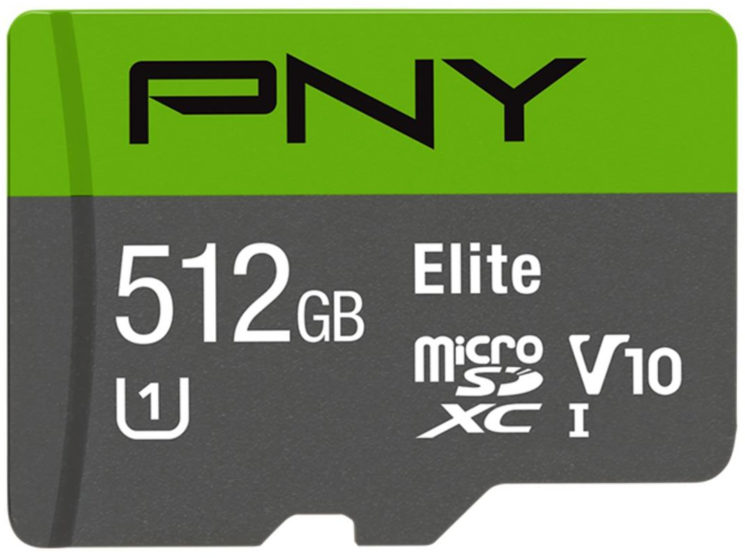 In fact, their website is worded in a very careful way to suggest that the 90MB/sec speed applies to both reading and writing, although I doubt that very much.

Still, for smartphone photographers and drone users, it’s a whole lot of storage space for not a massive amount of money. According to PNY, the new card holds up to 80 hours of Full HD video recording and can store up to 100,000 18MP photos.

A price of $349.99 is listed on the PNY website, although there’s no ability to order one yet. No word has been given on a release date, but with Computex about to start in a few days, we may see more competitors popping up to release theirs.

« The Goodman One is an open source 3D printable medium format camera you can make yourself
The megapixel count: how much does it really matter? »