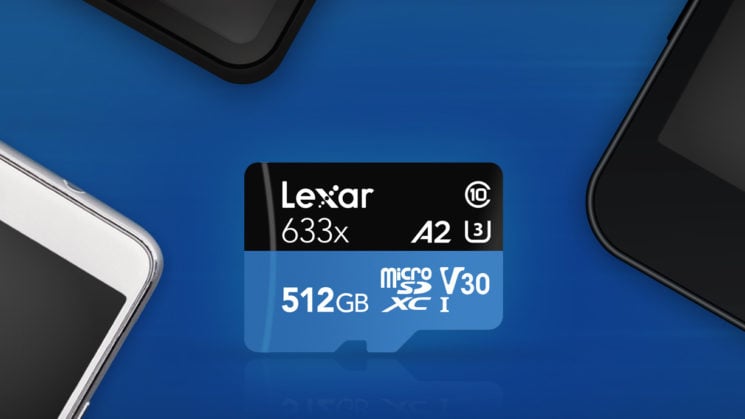 Although this won’t be of much to iOS users, Lexar has announced a new 512GB 633x (100MB/sec) A2 microSD card for smartphones. Designed for lots of fast read and write operations per second, this card is ideal for Android smartphones. Especially those used by photographers and filmmakers shooting lots of photos and footage.

Since Lexar’s move from Micron to Longsys, their future has been in doubt. But it looks like they’re finally back and ready to get serious.

The new Lexar 512GB microSD cards offer UHS-I read speeds of up to 100MB/sec and write speeds up to 70MB/sec. The V30 specification also means that sustained write speeds will always be a minimum of 30MB/sec, so it shouldn’t cut out when shooting video. Aside from the massive capacity, though, the A2 specification is what’s the big deal here.

This rating is the card’s Application Performance Class. Basically, how quickly it can access many different files in a short space of time. This performance rating is most noticeable on something like a Raspberry Pi, where you’re trying to run an actual operating system and software. But it also means you should see a lot less lag when snapping multiple photos with your phone – and when you’re trying to pull them off the phone and onto your computer. 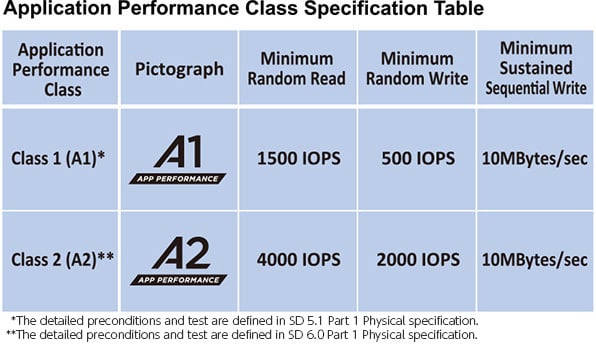 The cards come with a full sized SD card slot adapter, so if you want to use them in your regular cameras, then you can. But that A2 rating makes them ideally suited to smartphones, single board computers and IoT devices.

The Lexar A2 512GB microSD card will be available sometime this month and will retail for $299.

Although much larger in capacity and while most phones aren’t UHS-II devices, I wonder how these compare in practical use performance to the recently announced ProGrade Digital microSD cards.