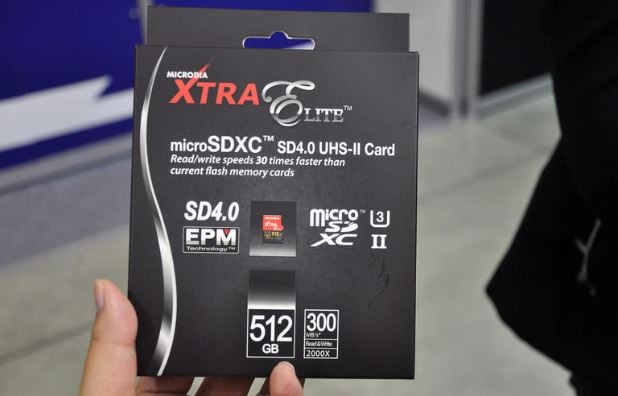 The record for the highest capacity MicroSD card was smashed and surprisingly the card was not revealed by SanDisk, but rather by a company called Microdia – located just a few stands away at the Computex tradeshow.

The Microdia Xtra Elite will use version 4.0 of the Secure Digital standard, meaning it will have an additional row of pins on the back of the card. Thanks to this extra row, the Ultra High Speed (UHS) bus will be capable of reaching data transfer rates of up to 300MB/s.

Older devices, not supporting the SD 4.0 standard and its second row of pins, will still be able to use the card at maximum speeds of approximately 150MB/s.

Even at its reduced speeds the card is significantly faster than any other memory card out there with a similar capacity, as well has the previous record holder.

Besting SanDisk’s 200GB MicroSD announced just three months ago at the Mobile World Congress, Microdia did not have any working samples at the Taipei show and only displayed the packaging. 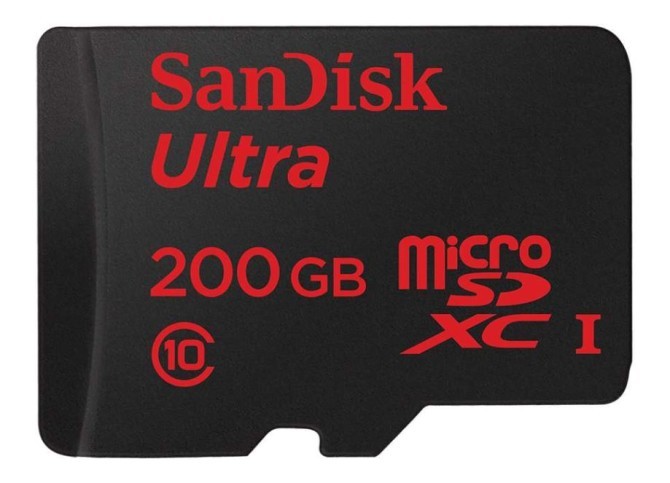 While not as well known as some of the other players in the flash memory market, Microdia is by no means a small or unknown company. Back in 2008 Microdia claimed to be the first to sell a 64GB CF memory card. At the time, the company’s founder and CEO Louis Leung said Microdia was the world’s second largest flash memory company in terms of production capacity.

A couple of months ago FroKnowsPhoto demonstrated how a 512GB card can store over 350,000 photos, but keep in mind that was with a significantly larger CF card. You will soon be able to obtain the same massive storage space in a card the size of a fingernail.

As mind-blowing as 512GB might be, however, the SDXC format supports cards up to 2TB so don’t expect this record-breaking memory card to be in the lead for too long.

Professional photographers are obviously the target market for the Xtra Elite 512GB MicroSD card, but rich people with money to burn will also be able to purchase it for an estimated $1,000 when it becomes available sometime in July.

« Canon 35mm f/1.4L II Rumored to Be Coming by End of 2015; is it Copying Sigma’s ART Lens?
Fresco Dispatch Aims to Crowdsource Photojournalism »