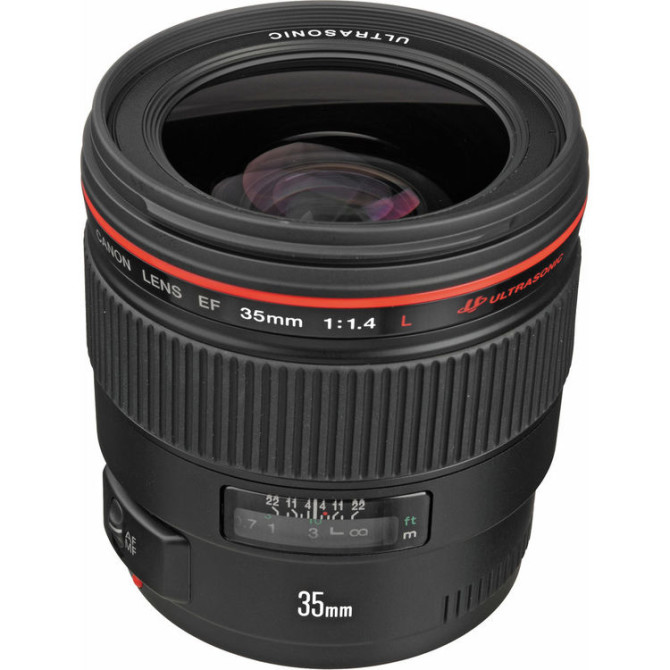 The release of Sigma’s highly regarded 35mm f/1.4 ART lens has added further pressure on Canon, especially due to the estimated brutal loss of income incurred by its third-party competitor.

While rumors have been around for a while now, the latest info indicates the lens is currently being tested by a select group of lucky photographers.

The lens is said to become available within 6 months, making it slightly later than previously rumored but still on par with other releases.

It has been rumored in the past that the Canon 35mm f/1.4L II will be available sometime in the first half of 2015 and that it will be released after the announcement of the -then-rumored 11-24mm f/4L lens.

With the world’s widest rectilinear full-frame DSLR lens since being released, the company’s next prime update could be true as rumored and simply a few months off of schedule.

Should the latest rumor turn out to be true, the lens should boast Canon’s latest coatings and be dust and weather resistant.

Two other specs will put the new Canon lens in line with Sigma’s outstanding product: the filter thread will be made smaller (67mm seems most likely) and the lens will be physically longer than the existing version.

It will be interesting to see if Canon does end up making its lens more similar to the competition. As you may recall, Canons updated nifty fifty also incorporated some changes that made it more closely resemble Yongnuo’s competing 50mm f/1.8.

Lenses take a long time to design and since a Nikon rep said the company doesn’t directly respond to other companies’ releases but rather tries to outdo itself, it seems reasonable that things work the same way over at Canon.

The fact (and rumor) that its lenses are becoming more similar to those of the competition may just be a coincidence, but there’s no doubt that Canon is seriously falling behind in some aspects and an update to the 35mm f/1.4L will definitely be a major step in catching up.