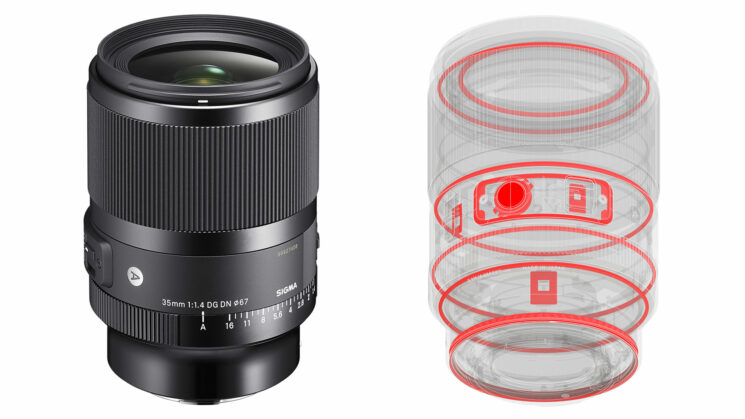 Of course, at the moment that’s only two mirrorless systems. L and E mounts. There’s no word on when or if we can expect this lens to come to Z and RF mounts at some point. Sigma says that the new 35mm f/1.4 DG DN offers “exceptional optical performance”, a fast quiet autofocus motor and a “professional feature-set”.

There’s not really much to say about the specs except to say that they’re exactly the same as those leaked (twice) recently. We do now know for sure (although it wasn’t really going to be anything else) that the minimum aperture is f/16, and that the 15 elements contain 1 FLD, 1 ELD, 2 SLD and 2 aspherical elements.

The new Sigma 35mm f/1.4 DG DN Art is compatible with lens-based optical correction on supported cameras and features an oil and water repellent coating on the front element. Super Multi-Layer Coatings help to reduce chromatic aberration and flare while increasing contrast and sharpness. The L mount version is also compatible with the Sigma UD-11 dock, allowing you to update the firmware and tweak the settings. 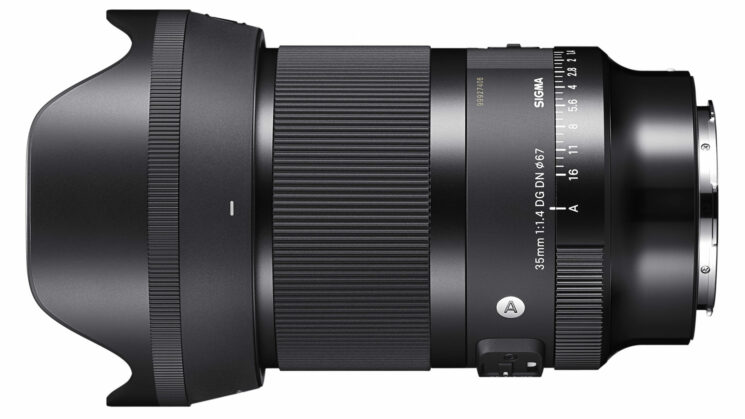 When it comes to that “professional feature-set” Sigma mentioned, the first features is an aperture ring that allows you to controlled the diaphragm via the lens itself rather than just by the camera (although it does that, too). An aperture lock also allows you to lock the aperture when in auto mode to prevent accidentally changing it when you don’t want to. The aperture ring can also be de-clicked for the video shooters who want to be able to adjust their aperture with external motors.

The lens barrel contains a focus mode switch as well as an AF-Lock button, which can be customised through your camera’s menu system (assuming your camera offers this feature, too), and positioned to be controlled by your thumb when in use. Included in the box to further help control flare is a petal-type hood that locks onto the end of your lens and there’s a 67mm thread on the end of the lens, too, for attaching your filters. 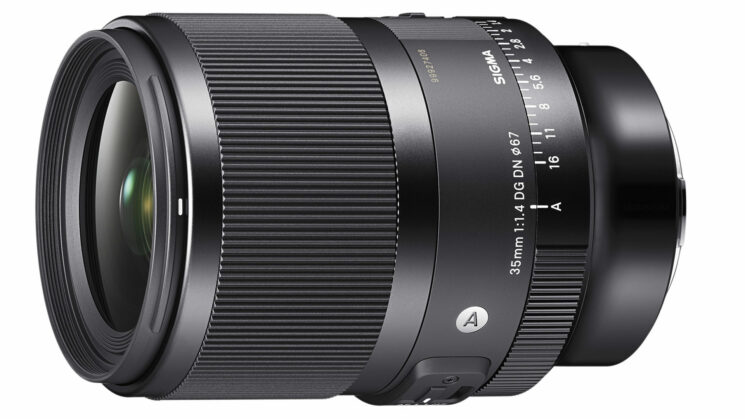 It’s dust and splashproof, with sealed buttons, a rubber gasket around the lens mount and sealing along joints between its various parts. Along with the water and oil repellant coatings on the front element Sigma, it’s clear that Sigma intends for this to be used in just about all weather conditions.

As to when we might see this come to other mirrorless camera systems… Well, maybe as Canon and Nikon shooters start to transition more from EF and F mount bodies to RF and Z mount bodies, we might see those start popping up, although for now, Sigma hasn’t even hinted at any plans for them to be released.

The Sigma 35mm f/1.4 DG DN Art series lens is available to pre-order now for $899 in Leica L and Sony E mounts and is expected to start shipping in the next few weeks.

« What to do when your client doesn’t like the photos you took?
Wallet-friendly magnetic Filters from K&F Concept »