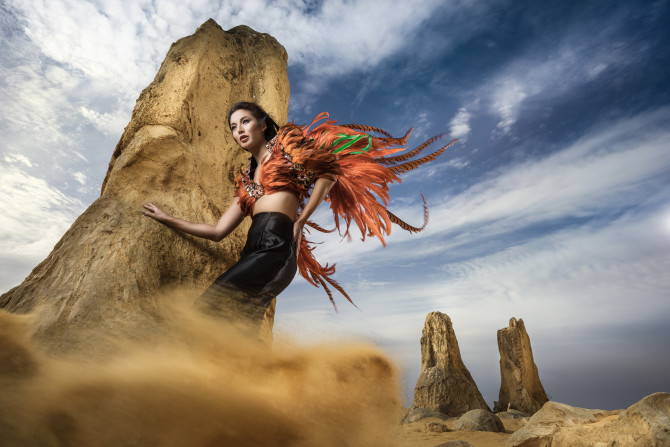 Von Wong is the photographer behind some of the most epic images created in recent years and even his most simple photos tend to have something rather magnificent about them.

Obviously a lot of hard work goes into each photo, but what viewers don’t know is just how much planning, organizing, adjusting and adapting is involved in such complicated, yet low-budget, productions.

In his recent blog post, Von Wong describes how he handled various setbacks such as the centerpiece props not arriving, unexpected logistic tasks and shooting an entire photoshoot on a Sony a7R camera he’s never used before – all while being 10,000 miles away from home.

While his story makes for a good read, he doesn’t stop at just detailing specific solutions to the difficulties encountered on his recent shoot in Australia. Von Wong also shares insight that will help you get the job done in the best way possible, no matter what goes wrong.

“I like to do epic things, in exotic locations with amazing people – quite often on a zero budget, fuelled by nothing more than passion”, Von Wong says, before going on to explain why being talented behind the camera won’t cut it:

“Over time, I have learnt that to be a good photographer you need to be an amazing problem solver; To expect and deal with last minute changes, problems and concerns, and to make sure that regardless of what happens – deliver the best results possible”.

After recruiting the help of local fans, organizing clothing and props from overseas sources, and securing a shooting permit, Von Wong was ready for a smooth operation.

As tends to be the case, however, the road to success included a few unexpected bumps. 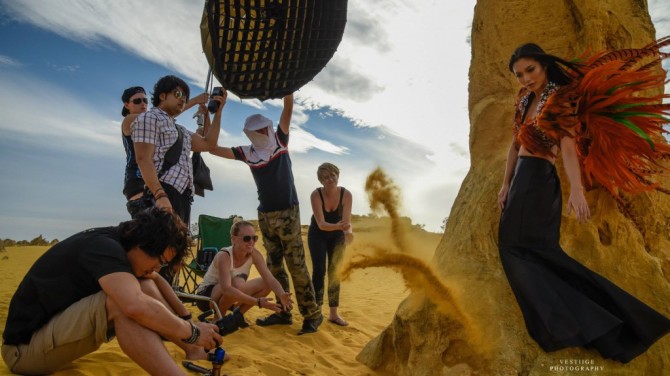 Not willing to cancel the project and disappoint his eager team, a solution was found for every problem that came their way. Doing so meant tons of last minute logistics, changing plans, making new contacts, working around the clock and loads of “I can do this” approach.

Von Wong sums up the experience stating that surrounding yourself with great people and a good attitude are the secret to accomplishing the mission, even when the plan goes flying out the window.

“Although I didn’t get the shots that I had initially set out to do,“ Von Wong concludes, “I did come out with a great story, nice images, new friends and an amazing experience – all of the reasons I do photography in the first place”. 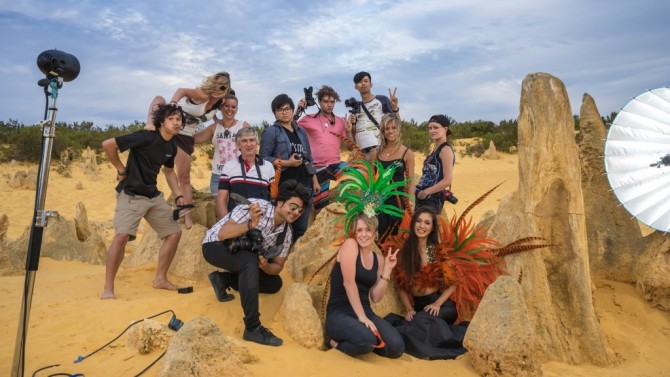 Read the full post over on Von Wong’s blog for more detailed information regarding his Australian shoot, general tips for pulling off future shoots, and of course more great BTS photos.

Also make sure you check out Von Wong’s recent photoshoot inside a Malaysian royal palace.

[When nothing goes as planned: Do it anyways]

Von Wong Tied Down a Model And Photographed Her With Sharks

« The Great Photography Debate: Gain experience without giving yourself away for free
DJI Is Putting Drone Development in the Hands of the Public »