Earlier this year, I was lucky enough to participate in a project that brought photographers to Israel to share some of its nicer sides. The project was hosted by Kinetis and brought together an amazing team: Benjamin Von Wong, Rebecca Litchfield, Simon Pollock, Mike Kelly and Adam Lerner and Jared Polin of Froknowsphoto.

With so much talent condensed in such a limited geographical area, I knew I have to do something fun. The concept evolved to make a crazy shootout between Benjamin Von Wong and Rebecca Litchfield. We planned on presenting those two very unique photographers with an ‘identical photo’ themed challenge. Only instead of having them create a single photo, we upped the ante and decided on three different themes they will have to shoot in: A Fire Challenge, A Feathers Challenge and a Flour Challenge.

Having Ben and Rebecca almost on the opposite sides of the spectrum should be pretty interesting: Ben shoots Nikon, while Rebecca shoots Canon; Ben like massive strobes, while Rebecca usually use small constant lights; Ben comes from epic and surreal while Rebecca is keen to fine art… you name it, they differ on it.

The final photos are found below for your enjoyment… (and both Rebecca and Ben will share some more detailed info about the photographs on their own channels as well so stay tuned).

With most of the team actually living in a 4 different countries, I finally got my basement clean enough to sleep in so we can all wake up at 4am and drive to the location. Dave K. Piper joined us for video. It was an interesting night…

Guy Viner took on the production of this face-off and found us a nice abandoned church up north that we can shoot in. Sadly, the church was sealed of one day prior to the shoot. You can trust guy to have an abandoned multi-roomed mosque as a back up.

We were joined by beautiful models Mishele Gavriele Kaplan and Alona Mandel-Suslova from Roberto Agency and asked Ben and Rebecca to decide who will be shooting who for each of the challenges. Ben started off with Mishele, and Rebecca got Alona and hair and makeup directions were given to  Tali Amram and Smadar Malka.

We actually wanted to up the ante so we introduced snakes to the flour challenge (with handler Ilan Abeksis) right after the teams went their separate ways. We flipped and Rebecca got the snakes. This called for a little change of planes as Alona was terrified of snakes. Terrified to the level that she will not spend a moment n the same room with them.

Simon Pollock, Aviv Vana and Dave were documenting the event, as Dalit Pesochin, Itay Gazit, Karen Yaniv-Guidanian & Shahaf Brumer were being super assistants jumping from one room to another making sure that everything went smoothly. 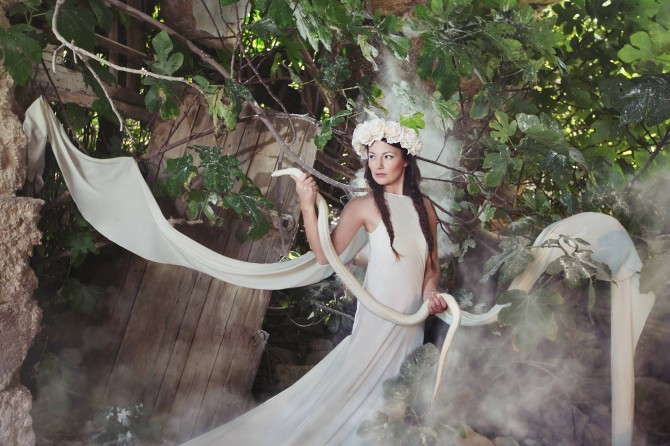 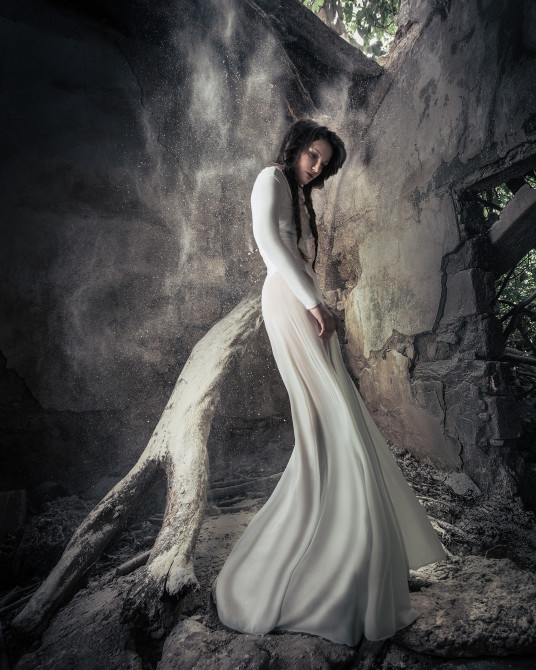 Next up came fire. To make it more interesting we came up with the concept of fire jugglers. Razzo Fire Show supplied the fire while Ben and Rebecca had to supply inspiration and instructions.

While the location was somewhat indoors, both Rebecca and Ben struggled with the ambient light. By the time we got to the fire shoot it was almost noon and sun was blazing outside. that meant that each crack in the wall was spilling lots of light in, not to mention actual holes in the walls. Rebecca go to do fire first and her solution was choosing the side of the mosque that had little ambient. Being deprived of that side (as to not to make the same photo), Ben had to pile up every piece of cloth, black reflectors, random bricks and the occasional person to block the huge holes in the wall. On top of that Ben used Lee filters to knock down the ambient even further, which worked quite well with his fire painting themed shoot. 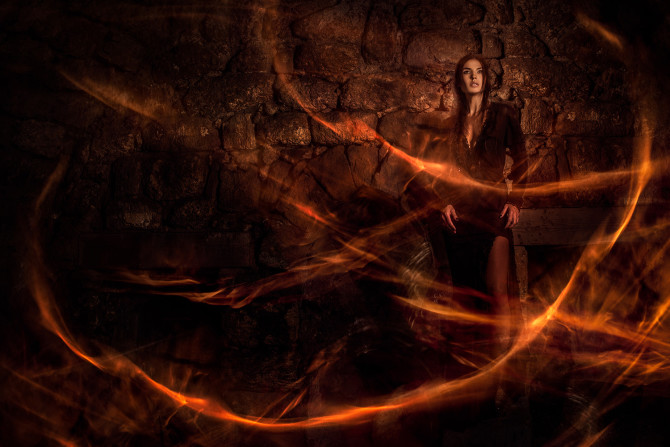 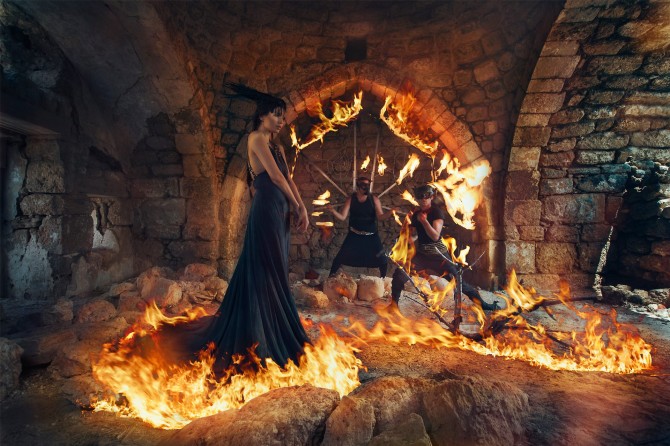 Last was the feathers challenge. Both photographers were presented with a pillow (the good old stuff that actually uses feathers, not that synthetic crap you get today) and were to use it in their photo.

Both ‘rooms’ (if you can call a dilapidated space with partial roof that is almost falling a room)  of the mosque ware already used for the previous challenges and the team still had to come with a creative and different way of presenting a photo. Ben quickly set up in the room where he did the fire shot and redressed and repositioned the model to use the door as a compositional element in the shoot. Rebecca moved to where Ben did his flour shot, and incorporated Luna (aka loony toons), Guy’s dog, into the shoot. 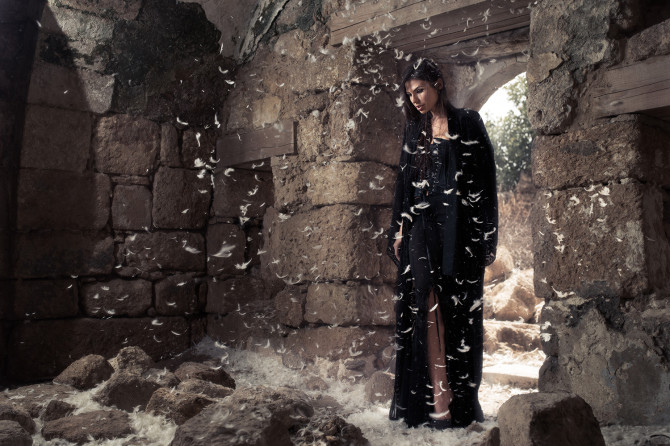 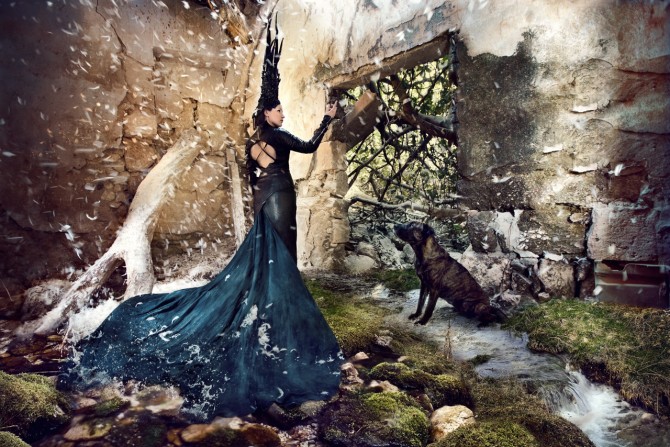 See Ben’s angle on the day along with a ton of tips here.

Huge props to the team putting this together:

« White Water Kayaking Photos – Surprisingly More Difficult Than You Might Think
Buzz Aldrin On Taking Self Portraits In Space (Plus, A New Service That Let’s You Make Your Own Space Selfie?!) »