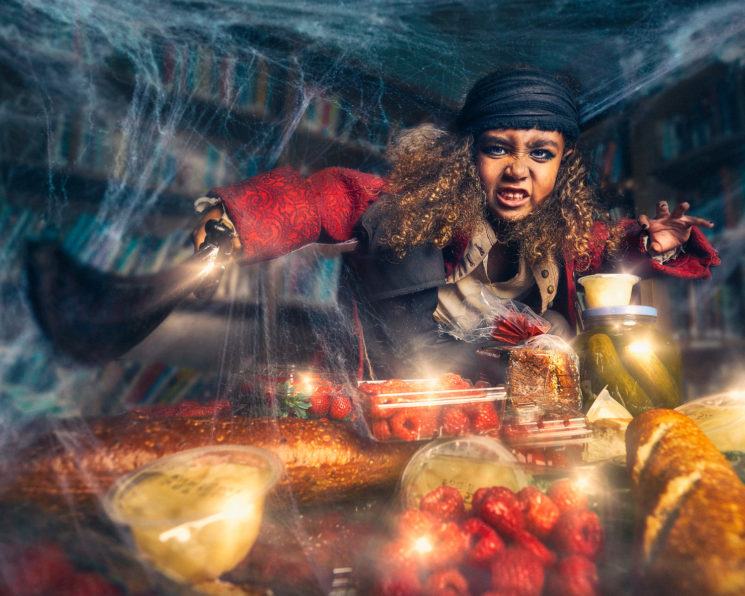 We tend to think we’re quite privileged here in the First World. To the point where the #firstworldproblems hashtag is basically a joke. It’s to make us feel better about all our petty grumbles the world throws at us. But even in this supposedly privileged society, there are many people truly suffering. And many of those are children.

Benjamin Von Wong discovered this after talking with the people at Second Harvest Food Bank. They told him that where he lives, in the heart of Silicon Valley, 1 in 3 children struggle with hunger. Pretty sad for an area that boasts America’s second-highest concentration of wealthy people. So, Benjamin decided to do something about it.

Benjamin knew that a sob story with a bunch of sad photos of children wouldn’t really do much good. Sadly, society’s just kind of become immune to this over the years. So he wanted to create something special and attention grabbing. Something that would actually help to raise awareness.

We wanted to try a different approach. We decided to do a photoshoot that would highlight kids as heroes, on an epic quest to get food.

For these kids, getting access to a regular breakfast becomes Mission Impossible. 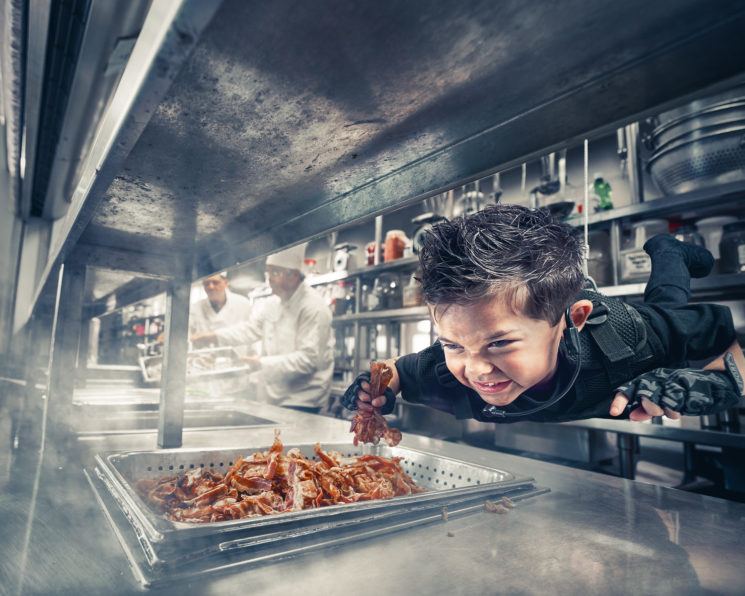 Dax Slate attempts the impossible: To steal some bacon from right under the nose of a few cooks.

And when it came to “Mission Impossible” that iconic scene of Tom Cruise suspended from the ceiling came immediately to his mind. But hanging a child from the cafeteria rafters wasn’t possible. So, their DIY alternative involved two strong guys, a long metal pole and some galvanised cable. As DIY solutions go, it’s quite ingenious.

And while the humour is not lost, this is how it feels for many kids on a daily basis. Like an impossible task to find enough food. Sometimes, to the point of dumpster diving to get access to fresh produce that supermarkets have thrown away.

Benjamin likened this to explorers attempting to climb Everest. They wanted to recreate this feeling by having Damian scale the side of a commercial freezer. 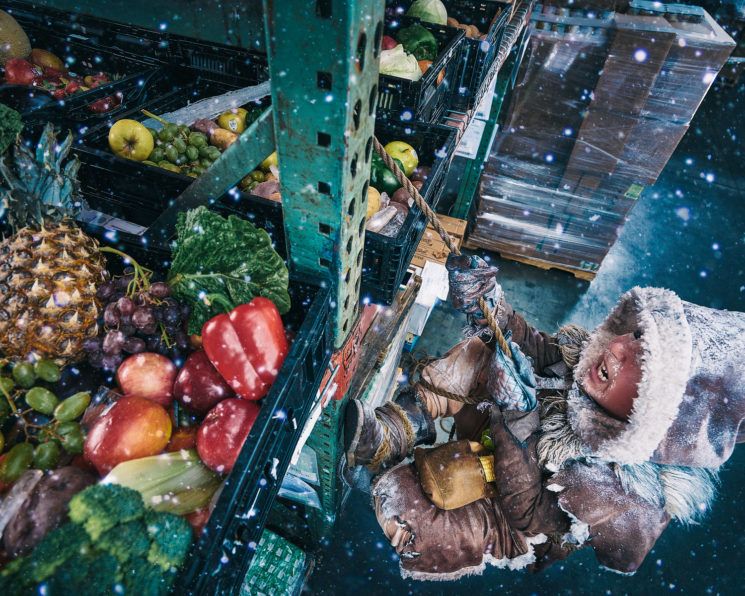 Damian Fierro scales the side of a commercial freezer in search of some fresh produce.

Not everybody has to steal or beg for food. For others, it’s simply a battle to find the best deals and special offers at the grocery store so that one can fill their stomach. 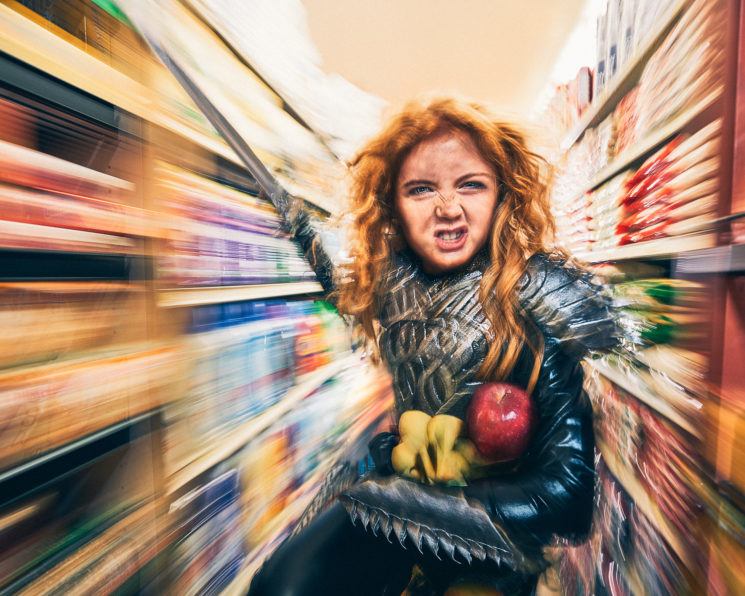 Rory Chronister intrepidly charges through a grocery store, protecting her spoils of war.

And whether we went hungry as children or not, I’m sure this is one that most of us can relate to. Finding a snack in the pantry or a cupboard is like finding buried treasure. 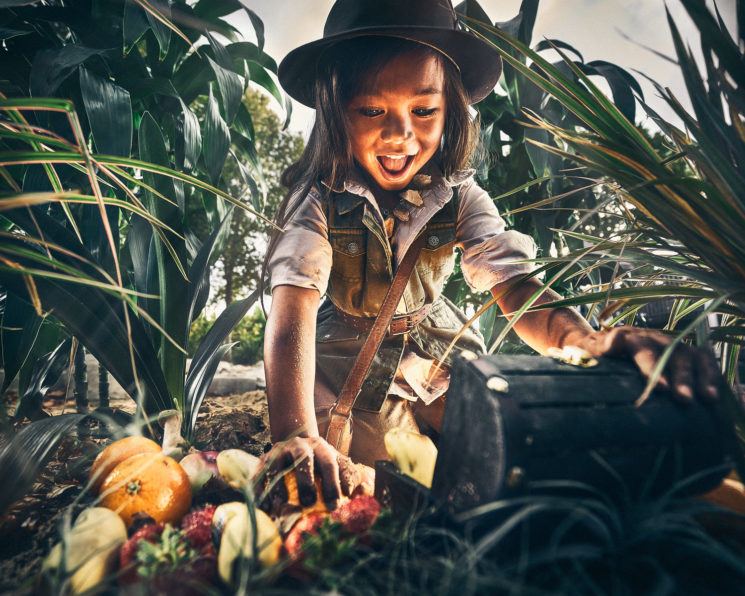 Of course, there aren’t many jungles in Santa Clara or San Mateo counties. So, they made their own near a playground with a few borrowed plants. 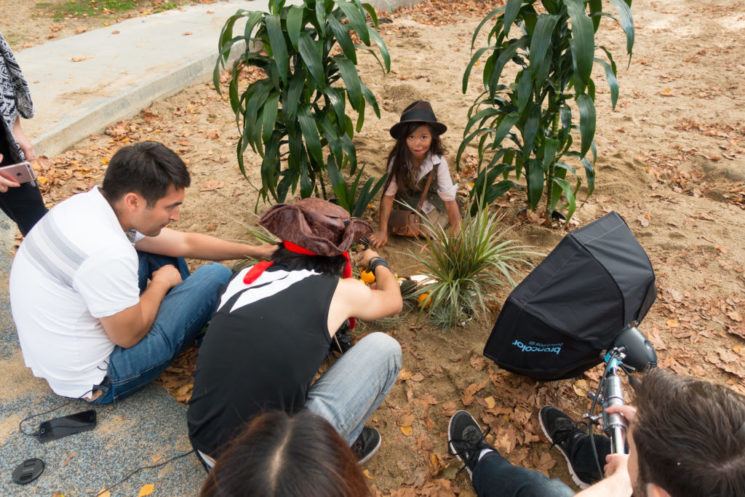 The images are, as we’d expect, impressive. And they’re not just visually stunning, but they have a very real message. In Benjamin’s own words…

It shouldn’t be this hard to get food. Especially not for kids.

We’ve all had moments of hunger in our lives. For some of us, it was simply being away from home, caught without our wallet. But imagine having to live with it every single day. That’s how it is for some of these kids.

Chances are, somebody you know may be living through that very struggle. Fortunately, there are people like Benjamin to bring these issues to light. And organisations like the Second Harvest Food Bank to help overcome them.

Benjamin has also turned the images into a series of memes that he implores you to share over social media.

To find out more and see how you can help, head on over to Ben’s website or the SHFB.