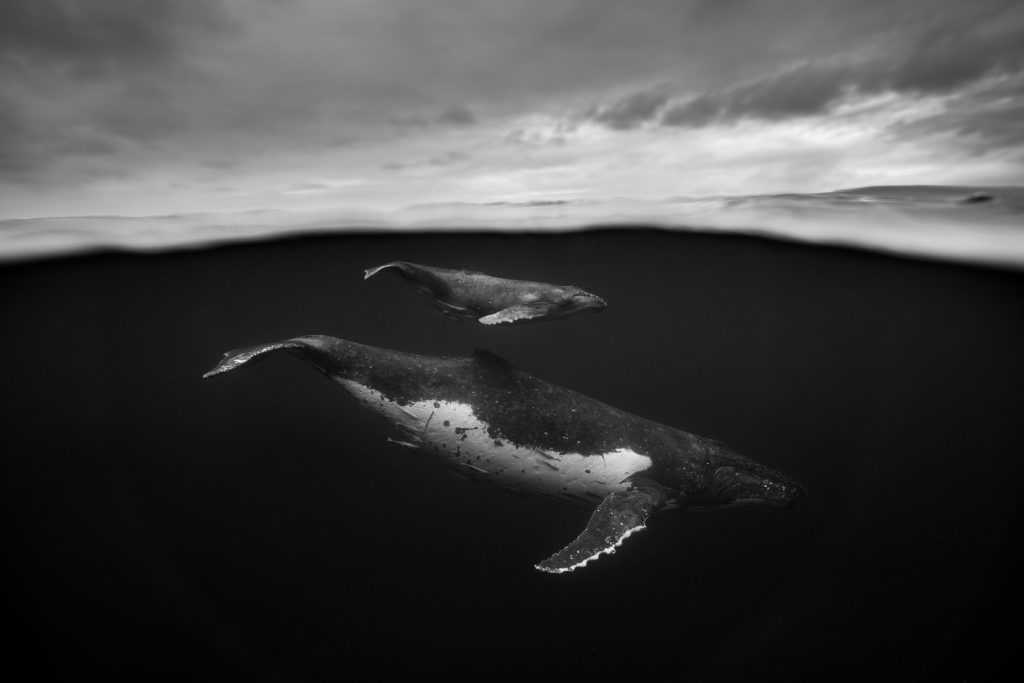 The underwater world hides many wonderful creatures in its depths. Australian photographer Jem Cresswell is particularly fascinated with humpback whales, and he documented their beauty in a series of intimate black and white portraits. His series “Giants” took 3 years to complete, and it captures these “gentle giants” in the southern Pacific Ocean around Tonga.

The artistic set of portraits will get you closer to these wonderful creatures. It will help you dive into their world, get to know them, and see how powerful and amazing they are.

Jem says he’s always been fascinated with the vast underwater world and all its secrets. He began photographing the humpback whales in 2014 when he first got interested in them. He spent time with them during their annual migration to the breeding grounds of Tonga. As he says in an interview for My Modern Met, he has “always been fascinated with humpback whales, due to their gentle nature, sheer size, and the feeling of insignificance in their presence.” Jem shares some astounding facts about these animals that make them even more awe-inspiring.

First of all, every year these giants migrate on average 5000 km, and their migration is one of the longest of any mammal on Earth. He also shares the fact that spindle cells were found in these whales back in 2006. They have previously only been known to exist in humans and great apes, and they are connected to the social organization, empathy, intuition and rapid gut reactions. What’s more, these cells are present in humpback whales in an amount almost three times larger than in humans. All this means that these beautiful creatures are way more conscious and emotional than we may know. And Jem wanted to eternalize that in his photographic series.

He would get up every morning and go snorkeling with the whales. He had a licensed Tongan guide with vast knowledge about these animals, and he says he’s learned a lot from him. Considering that he spent three years working on the project he learned to see when the whales are comfortable with him being around, and he began to understand their behavior. Thanks to this ability, he managed to capture the gentle and friendly side of these creatures.

The photos from the series are very high-quality, and you may wonder what gear did Jem use. He photographed the whales with Canon EOS 5DS R camera in an AquaTech underwater housing. He paired the camera with either Canon EF 24-70mm f/2.8L or Canon EF 16-35mm f/4L. All the images are in black and white, as well as the behind the scenes video, and there are reasons for this.

Jem says he chose the black and white technique to present the whales for two reasons. First, he wanted to avoid any distractions and draw the viewers’ attention to the subject. And second, he wanted to add his images a sense of timelessness, suitable for the animals that have been on our planet for such a long time. Combined with his respect and genuine interest in humpback whales, he really made the portraits that draw your eyes to the animals and make you feel closer to them.

Over the course of three years, Jem had over 10,000 photos to choose from. He carefully selected only six artworks to represent the years of work and devotion, and they can now be purchased through Michael Reid Gallery Sydney. 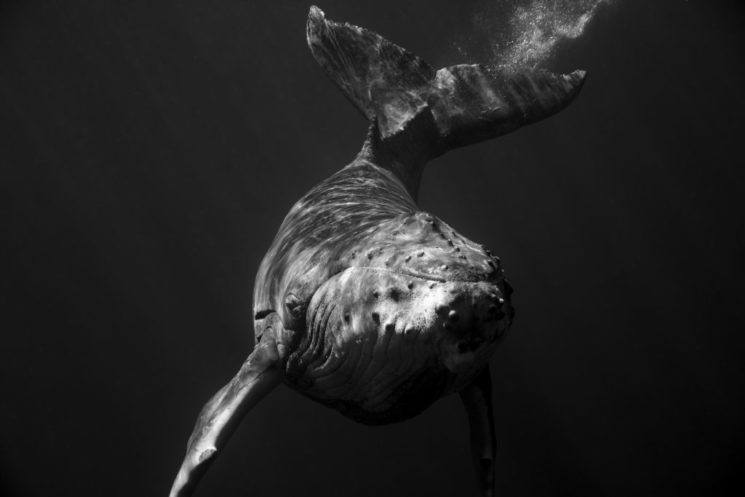 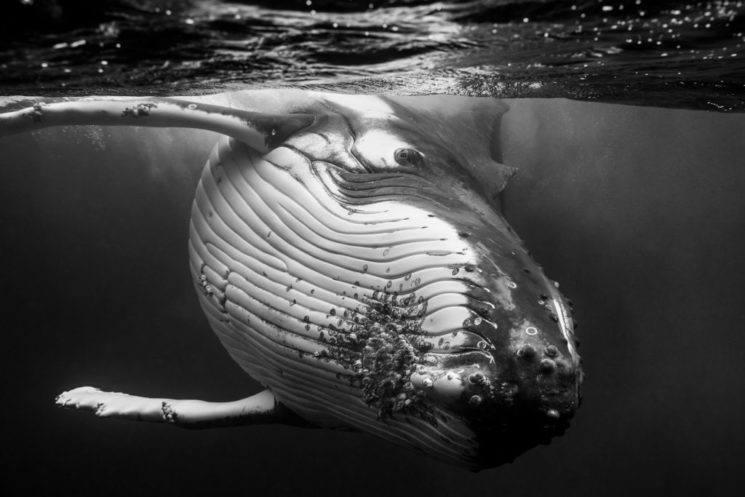 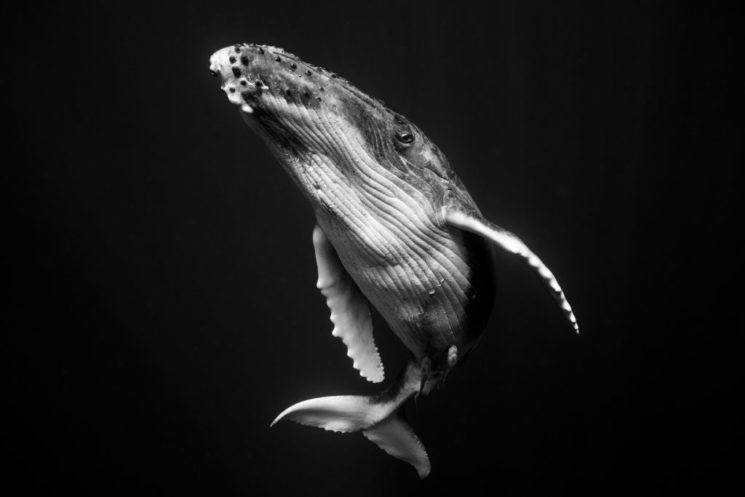 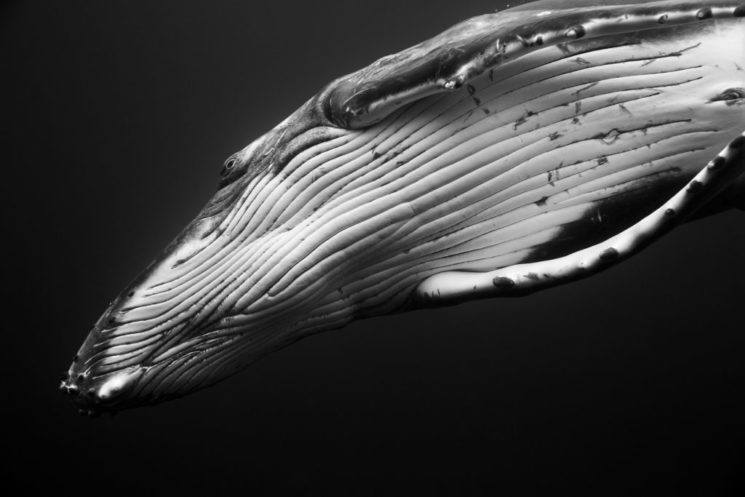 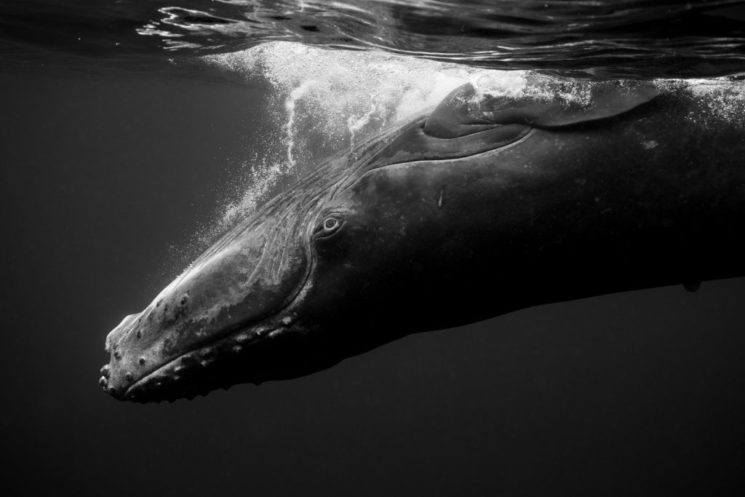 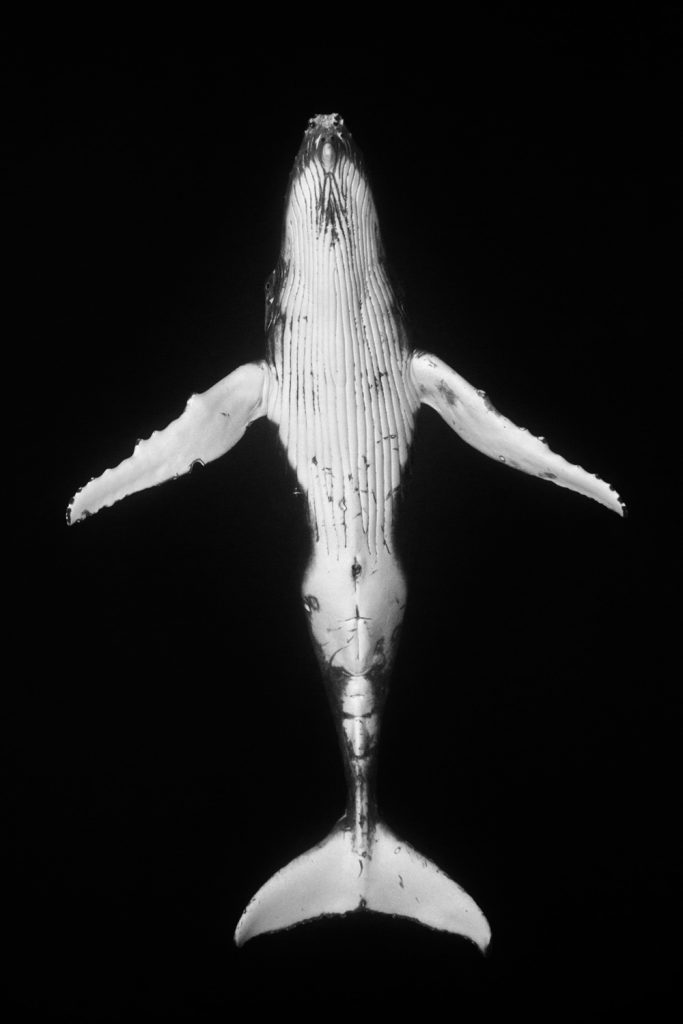 Jem Cresswell was born and raised in South Australia.  He is self-taught, always having a camera in hand, but everything changed when he bought his first underwater film camera at 17 years old. To view more of his stunning underwater (and other) work, make sure to visit his website and follow him on Instagram.