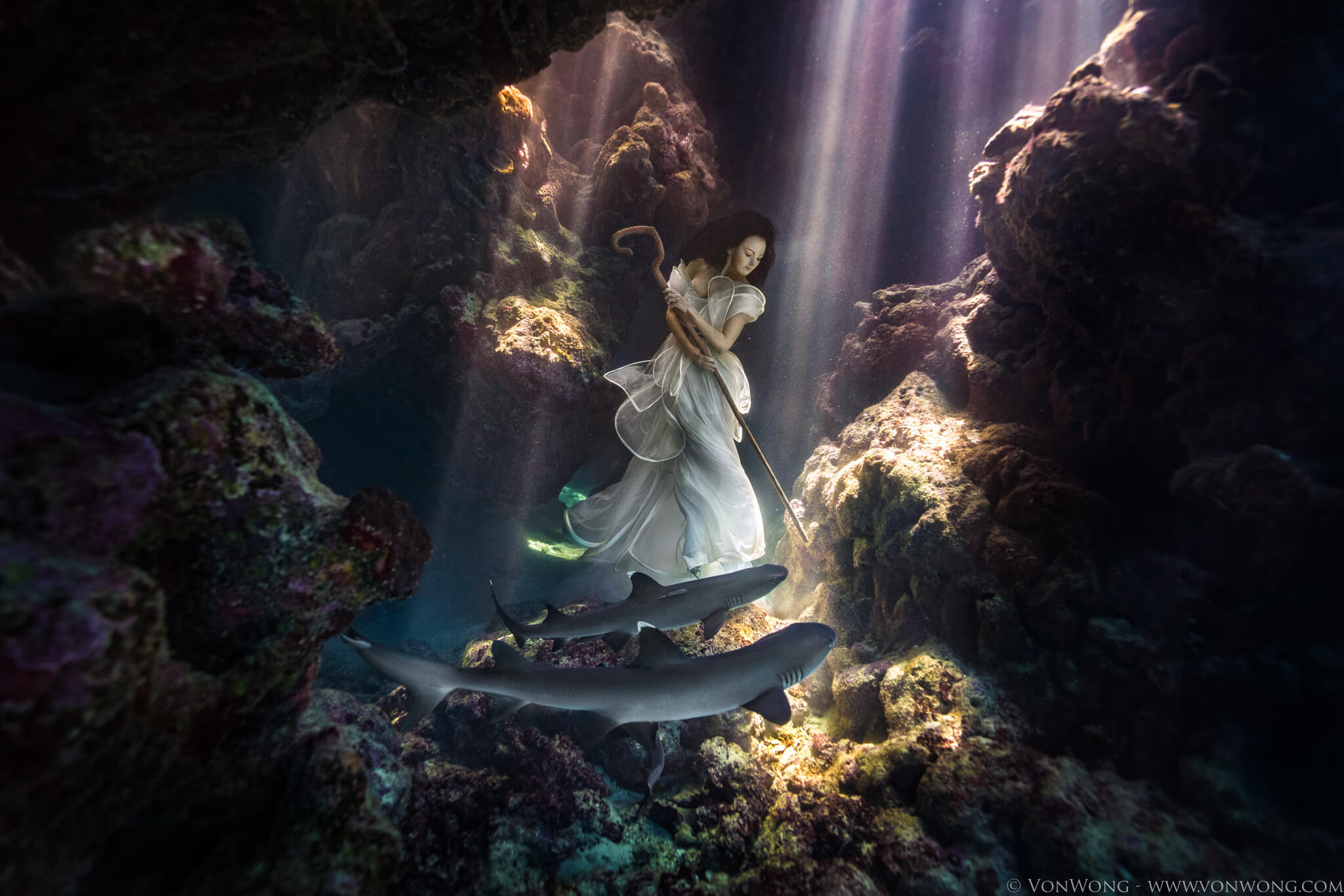 In his latest adventure, Benjamin von Wong headed to Fiji where he tied down a model to photograph her underwater with the local sharks.

While this might sound scary (and crazy), the terrible stereotypes depicting sharks as menacing and terrifying creatures are exactly what Ben hopes to change with these surreal images.

“As a photographer looking to create meaningful work, this was the perfect opportunity for me to create a series of images that would promote their beauty while advocating for their protection,” Ben said about Fiji’s sharks.

Ben is no stranger to underwater model shoots, but this series presented extra complications:

“In addition to the standard complications of shooting underwater – Limited oxygen, complex communication, specialized equipment and experienced divers – we only had a tiny two-hour window every day, between 11 AM and 1 PM, where the sharks would be active and light rays visible.” 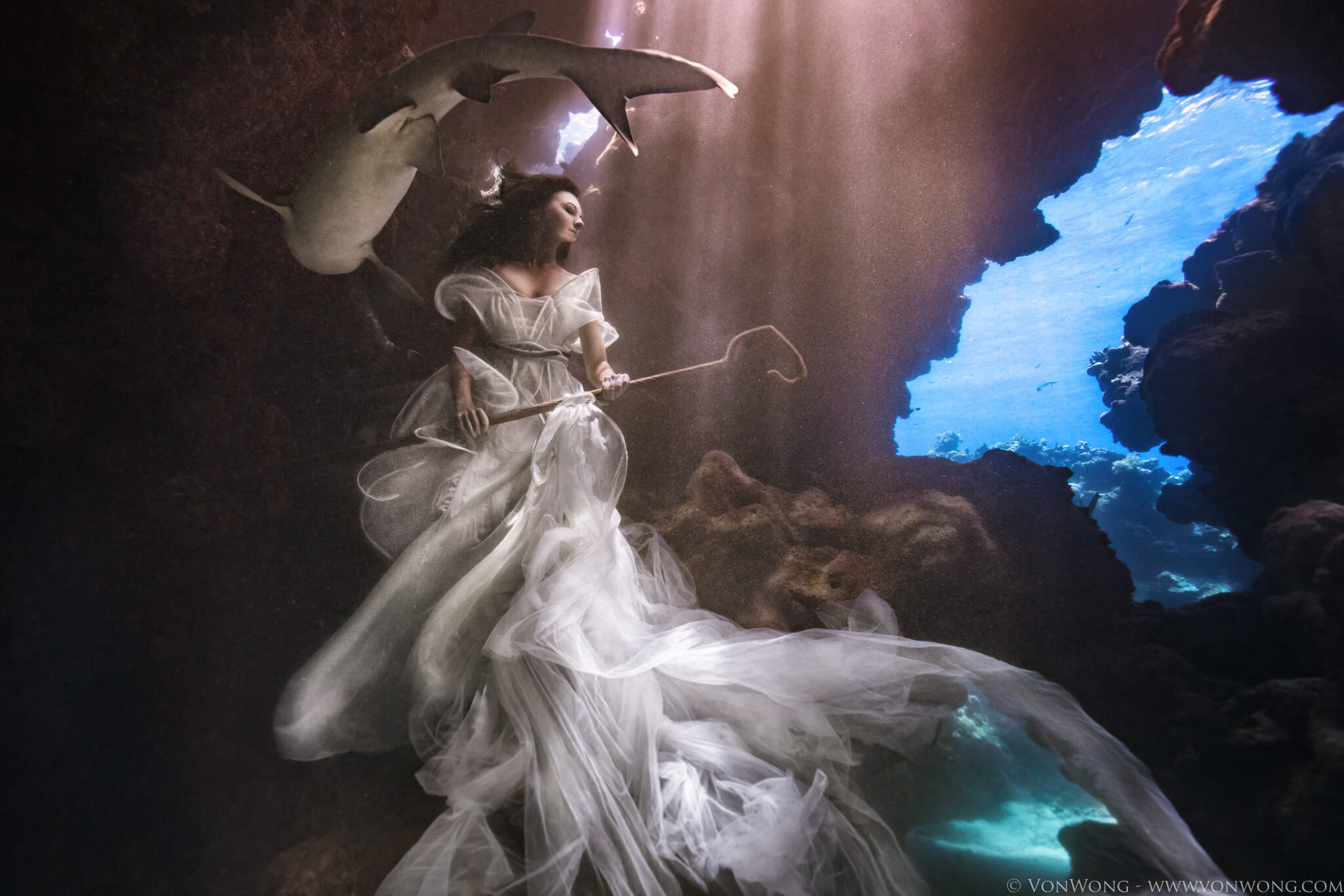 Ben had the help of a team of support divers and a marine biologist/shark expert, but getting the perfect shot was no easy task. Each shot required weighing down the freediver/model onto the lit rock formation, carefully placing the specifically-designed dress and handing over the plastic shepherd’s crook to the model. Oh, and waiting. Lots and lots of waiting. 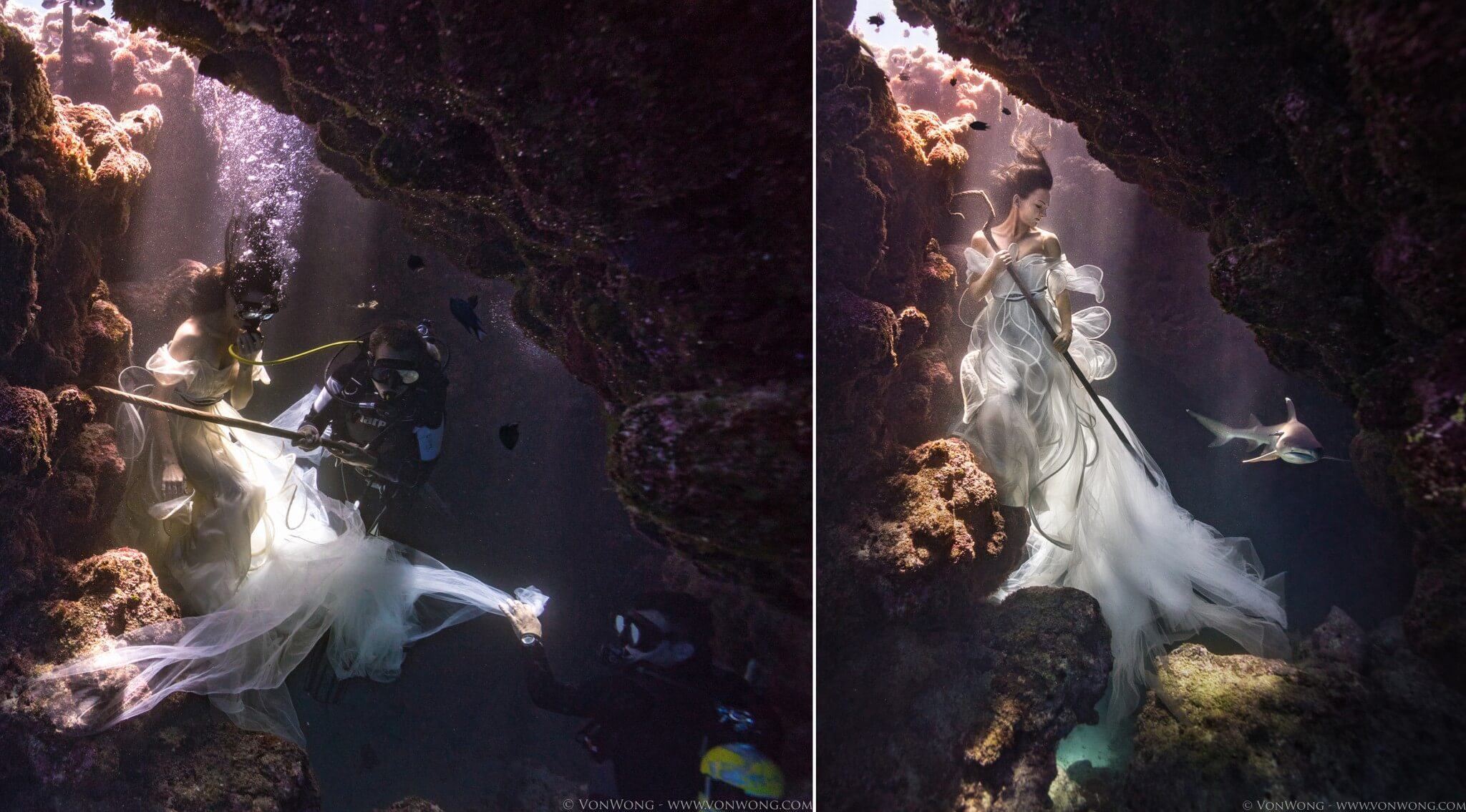 The team waited for six hours over the course of three days, and as Ben points out, the myth promoted in popular media about blood-thirsty sharks rushing to humans proved to be just that – a myth.

In fact, Ben says the exact opposite happened and he compared the Fiji sharks to squirrels, adding that “the white tipped reef sharks would hover around us curiously only to scamper off if anyone got too close”. 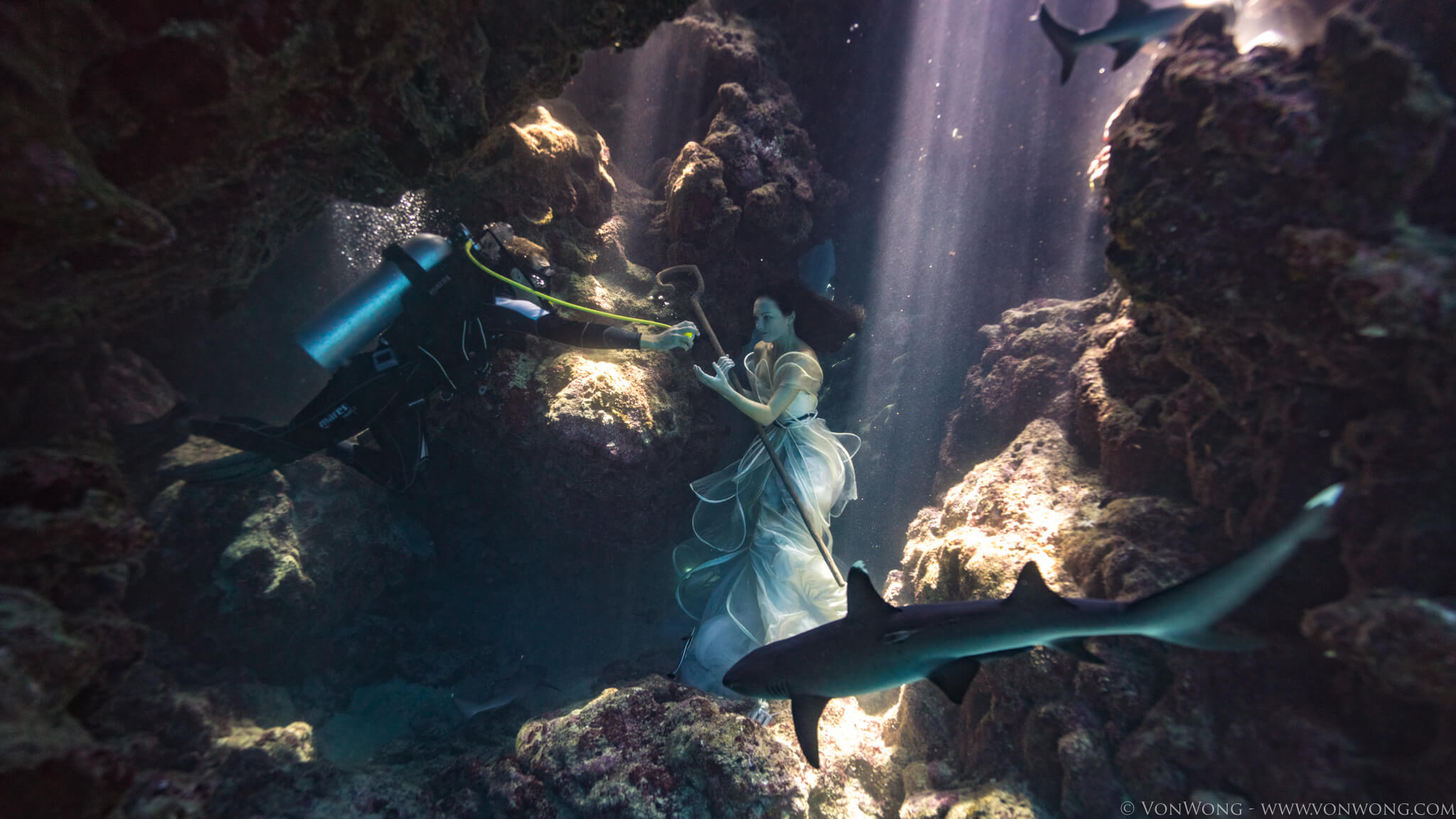 Once the wait was over and the sharks finally arrived, the team had to hug the walls as to not make sudden movements that would startle the badly-misunderstood-yet-super-important fish. When a shark was close enough to get a good shot, the model would take a deep breath, remove the oxygen mask and pose with the fascinating creatures until she ran out of breathe.

Ben has traveled the world quite a bit and has created many epic shots, so you know this series is truly special when he says it was amazing for him as well:

“Having the privilege to dive with sharks, learn more about them and showcase their unique beauty, was one of the most amazing experiences that I have ever had the opportunity to be a part of. Although Sharks are currently on the road to extinction, it is still possible to find pockets of magic like these.

I hope that everyone gets the chance to experience their grace in person – but until then, join me in encouraging the creation of shark sanctuaries by signing this petition.”

Check out Ben’s full blog post to read about the hardships of organizing such an unusual photoshoot and how he made it all come together in his unique Von-Wong-style. He also shares some conservation related shark facts that anyone living on planet Earth should be aware of.

Ben is also offering a 20% discount on his awesome retouching tutorial with the promo code “SHARK20”, in case you needed another reason to start liking sharks.