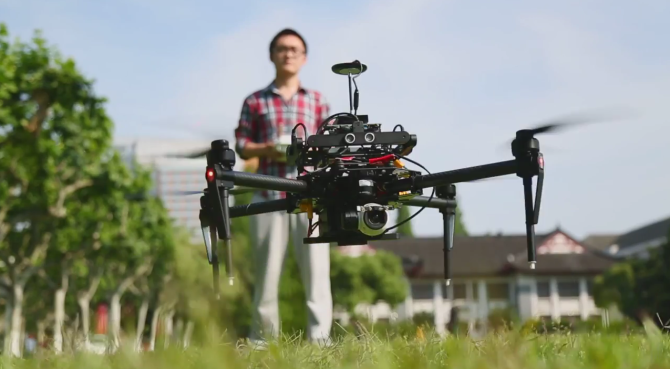 We are all familiar with video footage of personal drones crashing.  They’re old news.  Everyone has a drone and everyone crashes it.  The devastation is horrific.  End of story.  (See, I just saved you from watching another less-than-epic YouTube video.  I accept thank you’s in the form of hugs and chocolate.)

But, what everyone doesn’t have is the new Matrice 100 being released by DJI.  This new quadcopter sports significant improvements over previous drone models, particularly built-in sensors that keep the dang thing from crashing.  (My apologies for dashing your hopes of becoming a viral sensation.  But, hey, get smallpox, and you will literally be a viral sensation, so there is still hope.)  However, that isn’t the Matrice’s biggest innovation…

What sets the Matrice 100 apart from other drones in it’s market segment is that it is designed to be a platform upon which to launch your own advancements in the world of unmanned flight.  The Matrice is intended to allow “anyone from any industry to design their own flight platform,” giving developers across the board a solid springboard from which to get their own, customized integrations off the ground.  From search and rescue to traffic monitoring, the possibilities are endless.

Heck, imagine a world in which drug dealers would no longer have to put themselves in danger and could deliver their product remotely while previously scanning the situation from the air to ensure everything is on the up-and-up!  Technology:  making the life of crime more easily attainable.

« Von Wong on the Importance of Problem Solving in Photography
Canon 35mm f/1.4L II Rumored to Be Coming by End of 2015; is it Copying Sigma’s ART Lens? »