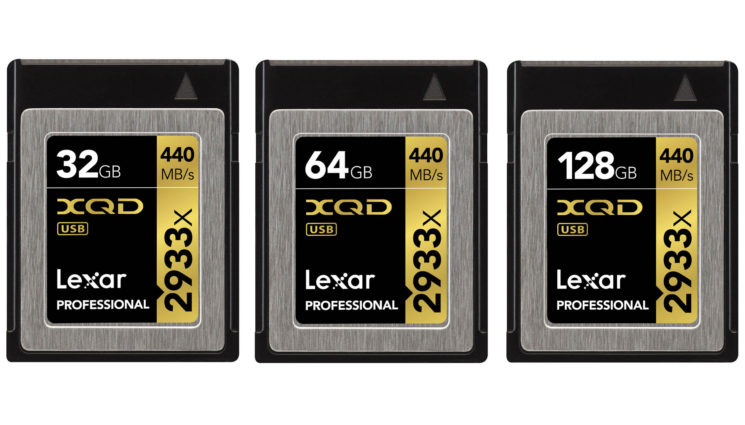 When Longsys acquired Lexar from Micron last September, it threw the storage card world into disarray. What was happening to all of Lexar’s products? Were we still going to get support? And what about XQD? Well, it seems when it comes to the last one, Lexar might not have been telling us the whole truth since it went under new management.

B&H switched the status of Lexar XQD cards over to “discontinued” in October. Lexar publicly announced via Twitter back then that they will continue to produce XQD cards and fulfill the B&H inventory “in a few weeks”. Well, it’s now 6 months later, they’re still listed as discontinued. Now, according to Nikon Rumors, Lexar is telling us to wait until the summer. But they may not be back even that soon.

Hi Nikon Rumors! We will continue producing XQD cards and will fulfill B&H's inventory in a few weeks – hang tight! :)

As it stands right now, the only brand of XQD cards one can buy is Sony. Many are reluctant to use Sony branded XQD cards, and a one-horse race is never a good thing in business. NR say that one of their readers recently contacted Lexar to find out what was going on with the XQD format. And here is the response they received.

So, officially, there’s no set date as to when Longsys will start producing Lexar products again. Thom Hogan spoke to Lexar during NAB to find out for himself what was going on with XQD.

Meanwhile, over at (the new) Lexar I’m pretty sure that the question you wanted me to ask them is “where are the XQD cards?” Here’s your answer straight from the VPs: Lexar is now out of stock of all XQD gear they inherited from Micron (including work in progress inventory), and so is B&H and Adorama, et.al. Lexar’s new owners have now dealt with all the licensing issues with Sony and have restarted production in China. According to Lexar, they didn’t get any of the tooling from Micron, so they’ve had to build out their factory new for XQD support. But it won’t be until at least June that you see new inventory show up. Apparently this is just-off-the-press news. They weren’t going to invest in and start a new XQD production line until they had the licensing deal in place. They’ve got the licensing now, so they have started the new line.

When, or if, Lexar will actually start producing XQD cards again is unclear, really. Hopefully, we’ll start to see something during the summer. But, given that they promised six months ago that suppliers would have stock by now, this may not happen.

Fortunately, we’re getting closer to XQD’s backwards-compatible successor; CFexpress. The only company announcing CFexpress cards right now is ProGrade Digital – A new company, formed by former Lexar and SanDisk execs. But, it will also be up to Nikon to release firmware that can actually read the much faster, new CFexpress format.

According to Thom, when or if that will happen is unknown. Nikon has not said, either way. But, if they don’t, they’ll be locking those acquiring XQD bodies into a Sony-only option.

And, as I mentioned above, a one-horse race is never a good thing.

Updated May 3rd: The wording in part of this post previously suggested that ProGrade Digital were currently producing CFexpress cards to go on general sale. At the moment, they are not. They have only displayed them as a tech demo at NAB.

« This mom uses photography to help her autistic 4-year-old son socialize
Do you really need to safely remove your drives? »