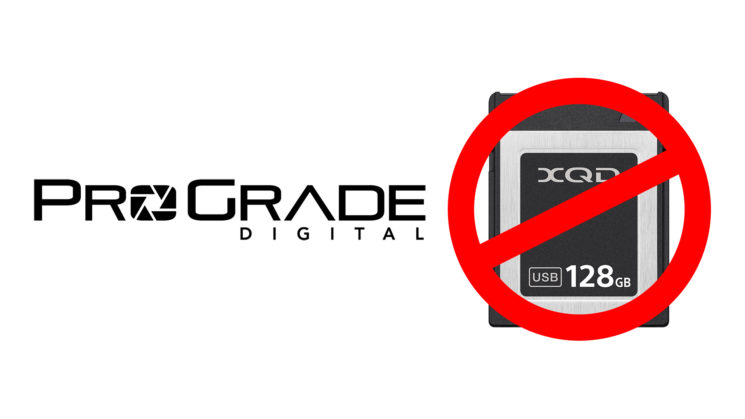 I was hoping that new memory card company ProGrade Digital would give photographers some good news about XQD at some point. And this simultaneously isn’t good news, but it also sort of is. ProGrade Digital have confirmed that they are not going to be pursuing the XQD memory format, which isn’t going to make some Nikon shooters happy. They are, however, working toward XQD’s successor, CFexpress.

CFexpress is backwards compatible with XQD – if the device manufacturer allows it – but with much faster transfer rates. This means that while there won’t officially be a ProGrade Digital XQD card, there should be XQD compatible storage coming at some point. That is, assuming Nikon updates the firmware in the D500, D850, D4, D4s, D5 and any other XQD bodies they may produce.

ProGrade Digital CEO, Wes Brewer sent a statement to DPReview regarding the decision.

ProGrade Digital is not planning to manufacture XQD cards at this time. We are however strongly promoting the future standard of CFexpress through our efforts in the Compact Flash Association. The CFexpress Type B form factor of this new standard is the successor to XQD, and allows existing cameras that utilize XQD cards to be upgraded to operate with the new CFexpress Type B cards if the original equipment manufacturer (OEM) chooses to update firmware in those devices.

So, compatibility with CFexpress will depend on whether or not Nikon wants to let you use it. Although, I can’t think of any good reason why they wouldn’t – except for Nikon doing their usual thing of slacking with firmware updates, just because they can.

They go on to say that in addition to backward compatibility, the new CFexpress cards utilise two lanes of PCIe, as opposed to just a single lane on XQD. They also support the NVMe (Non Volatile Memory express) protocol, offering more than double the interface speed.

While cameras, even with upgraded firmware, may not be able to take full advantage of the speed boosts that CFexpress offers, nor even require them, it will make unloading footage much faster – assuming there’s no speed bottleneck between the card and the device you’re transferring to.

Other than a handful of Nikon DSLRs, the only other devices to use XQD cards are some of Sony’s XDCAM and XDCAM EX broadcast cameras. As of right now, it seems that if you want XQD, you have few choices. SanDisk isn’t making them, nor is Kingston. Sony, however, is still making them, and a recent email from Longsys Lexar suggests that they are making them again, too.

Being such a new company, and already trying to break into the SD and CFast markets, it’s not surprising that ProGrade Digital doesn’t want to go through the hassle of licensing the XQD format. With the relatively low number of cameras utilising XQD and what I imagine are ridiculous Sony licensing costs, pursuing it makes no sense.

And if CFexpress is backwards compatible with XQD anyway, then consumers will just have to learn to be patient. And then bug Nikon to hurry up with a new firmware, assuming one is needed.

For now, though, ProGrade Digital does offer a range of CFast and SD cards. I’ve been using their 128GB SD card for the last week or so in several cameras and devices, and so far it’s performed wonderfully.