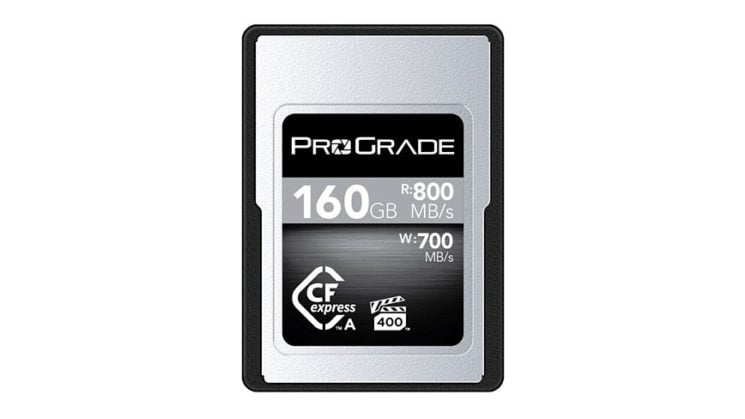 ProGrade Digital has announced its new CFexpress Type A cards. At the moment, this means that their only real competitor is Sony and their target market is Sony shooters. The new cards offer read speeds of up to 800MB/sec, with sustained and burst write speeds of 400MB/sec and up to 700MB/sec respectively for high-resolution video capture.

The adoption of the format has been rather slow due to both the cost (Sony has thus far stood alone and been able to name their price) and the relatively limited market. After all, Sony has less than a handful of models capable of using them. It’s pretty much only the A7S III, FX3 and A1 and many shooters will choose to opt for the less expensive UHS-II SD cards if they’re shooting formats that don’t demand CFexpress speeds. 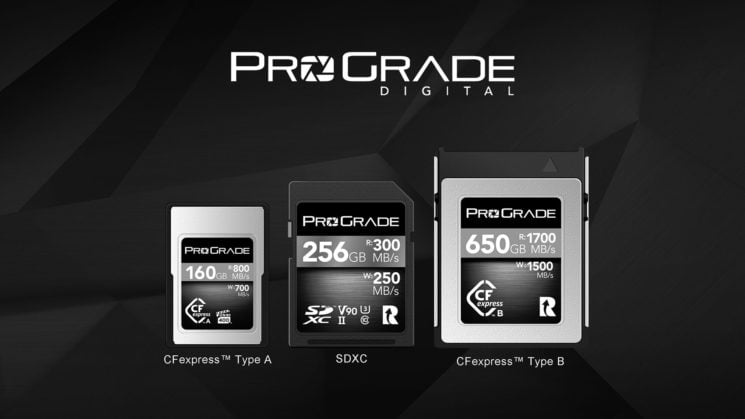 With ProGrade entering the CFexpress Type A market, this means that Sony now has a little competition, which will hopefully drive up performance as a whole as well as driving down the price. ProGrade’s initial CFexpress Type A Cobalt offering has a 160GB capacity and is available to pre-order on the ProGrade website for $329.99. Sony’s 160GB CFexpress Type A card offers the exact same speeds as the ProGrade but costs $398. That’s a pretty significant difference.

There’s been no word of any other manufacturers jumping into the fray, but maybe now that Sony has a competitor for CFexpress Type A, we’ll start to see the format more widely adopted where CFexpress Type B speeds aren’t required and space is at a premium. For comparison, ProGrade’s CFexpress Type B cards offer read speeds of 1700MB/sec and sustained write speeds of 1400MB/sec.

The 160GB ProGrade Cobalt CFexpress Type A memory card is available to pre-order now for $329.99 from the ProGrade website.

Have you got one of the new Sony cameras with the dual-format card slots? Do you use CFexpress Type A or SD?