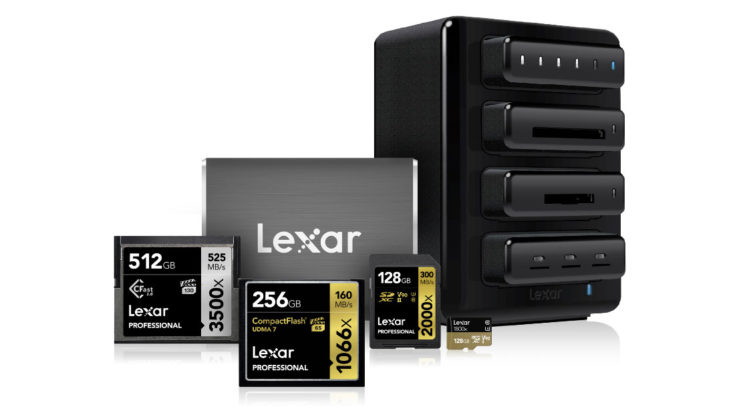 Since Micron sold memory card brand, Lexar to Longsys in China, people have been wondering what’s going on. Will they still keep making those favourite Lexar products? Will they bring out a new range? Or will they just take Lexar’s intellectual property, apply it to other products and not make memory cards at all?

Well, now it seems that we have our answer. Longsys has put out a statement saying that Lexar will be back in “full production” and shipping globally by the autumn.

I’m extremely excited to re-introduce the Lexar brand to our worldwide customers. Lexar is dynamic, has superior research and development capabilities, and has a deep understanding of our customer’s needs. At the same time, we are confident that we can expand the Lexar business successfully in different markets globally.

For more than twenty years of innovative development, Lexar has been a world-renowned brand in the field of flash memory and trusted by bringing unparalleled storage experience and creating unequivocal value for business users and consumers.

This looks to be the first real statement on production from Lexar since moving to China. Lexar memory cards have been disappearing from store shelves around the world, and with no news until now about Lexar’s plans, many have opted for other brands.

ProGrade Digital is the logical choice for many former die-hard Lexar fans. Especially professional users. After all, ProGrade Digital was set up by the former Lexar execs from when Micron owned it. So you know that they have a good idea what they’re doing. But with a focus on fast high-end memory cards, many of the lower end consumer memory card customers have switched to SanDisk, Kingston and others.

With Lexar’s impending return, many will be very happy. I still see Lexar cards regularly recommended on social media, even though nowhere’s had any for sale for a while. Let’s hope they can keep the quality that Lexar users have come to appreciate in the past.

These autumn squirrels photo series will put a smile on your face!

« Photographer creates touching Marvel-inspired tribute for boy killed in Barcelona terror attack
Flying with gear? You may soon be able to keep it in the carry-on luggage thanks to new scanners »